In its Active Cyber Defence report, the NCSC declared that it had identified 122 phishing campaigns in 2020 that had used NHS branding amid the coronavirus pandemic.

The National Cyber Security Centre (NCSC) has announced in a report that it removed more scams throughout 2020 than in the previous three years combined. Scams capitalising on the coronavirus pandemic were especially prevalent as the organisation’s Active Cyber Defence (ACD) programme detected 122 phishing schemes using NHS branding, compared with 36 in 2019.

Fraudulent emails and text messages claiming that victims were eligible for the coronavirus vaccination were identified from December, in addition to fake or unofficial copies of the NHS Test and Trace app. 43 of these apps were removed from websites where they were available to download outside of the official Apple and Google app stores.

The most targeted brand by scammers was the government’s HM Revenue & Customs (HMRC), which saw over 4,000 campaigns imitate the taxation department. After this, operations that posed as the government’s Gov.uk website were most common, with 3,322 campaigns and a further 3,035 group attacks conducted under the guise of TV licensing.

Over the course of 2020, the NCSC reported that a total of over 700,000 attack groups and almost 1.5 million attack URLs had been taken down.

Fake celebrity endorsement scams which use ‘bogus content and fake endorsements from well-known figures’ and are ‘hosted on sites that claim to be UK newspapers or similar publications’ were also noted as a particular problem by the NCSC. From March to December 2020, the UK’s cybersecurity agency reported over 700,000 attacks that relied on deceitful celebrity endorsements.

Of the increase in coronavirus related scams, Dr. Ian Levy, technical director of the NCSC, said: ‘The big increase in Covid-19-related scams, fake vaccine shops, fake PPE shops, show – to me anyway – that criminals have no bounds on what they will abuse and the fear that they engender to try and harm and defraud people’. 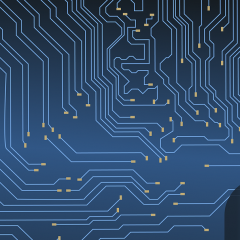 In its Active Cyber Defence report, the NCSC declared that it had identified 122 phishing campaigns in 2020 that had used NHS branding amid the coronavirus pandemic.