The Department for Education plans to cut university funding for creative and arts courses by 50% as they are not considered “strategic priorities”.

The government is proposing a cut to university funding for creative subjects from £36m to £19m in 2022. Subjects such as dance, drama, music, archaeology and media studies are “not among [the government’s] strategic priorities” and Education Secretary Gavin Williamson has said he will “potentially seek further reductions to funding for such courses in future years”.

The government’s plan would instead direct funding to "subjects that support the NHS and wider healthcare policy, high-cost STEM [science, technology, engineering and mathematics] subjects and/or specific labour market needs” which are needed to “support the skills this country needs to build back", the Department for Education stated.

Prominent arts figures have publicly criticised these plans. Booker-prize winning author Bernadine Evaristo has described them as an “awful assault on the arts in universities”. Many critics have focused on the existing class divides that could be exacerbated within universities through these cuts. Musician Jarvis Cocker has said "I think it will really just put off people from a certain background, and that's a pity because it's about mixing with people with different ideas”.

The Musician’s Union, the UK’s largest trade union for musicians across the industry is filing a response against the government’s proposal. Their National Organiser Chris Walters has stated "It risks the financial viability of training that is essential for producing the next generation of musicians and arts professionals” and that "The cut will affect all students, but particularly those from less privileged backgrounds who may rely on local, less well funded institutions that cannot divert funds from elsewhere."

The Department for Education maintains that this move will “only affect a small proportion of higher education providers” and that "High-quality provision in a range of subjects is critical for our workforce and our society”. 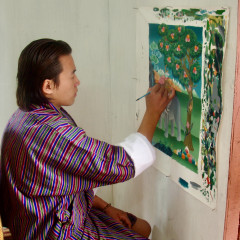 The Department for Education plans to cut university funding for creative and arts courses by 50% as they are not considered “strategic priorities”. 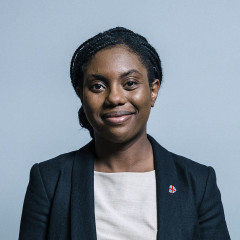