The case, originating from a complaint made in 2019 by Spotify co-founder Daniel Ek, relates to ‘Apple’s rules distort[ing] competition’ in the music streaming market, and could force the tech giant to change its App Store policies as a result.

The EU has charged Apple with breaking competition rules due to the way it runs its App Store. Margarethe Vestager, Executive Vice-President of the European Commission, tweeted on 30 April 2021 that the tech giant is in ‘breach of EU competition law’, and that ‘Consumers [are] losing out’.

The tweet stems from a charge laid against Apple by music streaming platform Spotify, which claimed that Apple had been impeding innovation in the industry. Apple will be subject to a large fine from the European Commission and may be forced to change its policies if it cannot convince regulators that its practices do not harm the music streaming industry.

The company has previously denied any misconduct.

The case specifically relates to how the policies of Apple’s App Store affect music streaming, with the charge having originally been filed in 2019 by Spotify co-founder Daniel Ek.

In a statement, the European Commission said: ‘Apple's rules distort competition in the market for music streaming by raising the costs of competing music streaming app developers. This in turn leads to higher prices for consumers for their in-app music subscriptions on iOS devices’.

Apple has since said that the company does not receive any commission on 99% of Spotify’s subscribers. In their own statement, the company responded: ‘At the core of this case is Spotify's demand they should be able to advertise alternative deals on their iOS app, a practice that no store in the world allows’. The statement adds that ‘Once again, they [Spotify] want all the benefits of the App Store but don't think they should have to pay anything for that. The Commission's argument on Spotify's behalf is the opposite of fair competition.’

News of Apple having been charged by the European Commission comes amid a series of ongoing investigations by both European and US regulators into the App Store. One such investigation revolves around the consideration of whether the 30% commission Apple charges for in-app purchases is fair, as developers become increasingly irritated by the ‘Apple tax’.

This led to Apple announcing that it would cut commission tax to 15% for developers that earn less than £1 million in annual revenue.

A court case commenced on 3 May 2021 between Apple and Epic Games, the developers of Fortnite: Battle Royale. The case centres on a similar premise, with Epic Games claiming that Apple’s control over in-app purchases is anti-competitive. In a first for the company, Apple CEO Tim Cook is expected to give evidence at the trial. 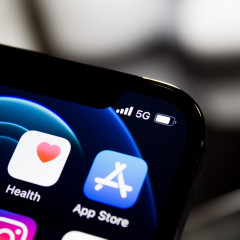 The case, originating from a complaint made in 2019 by Spotify co-founder Daniel Ek, relates to ‘Apple’s rules distort[ing] competition’ in the music streaming market, and could force the tech giant to change its App Store policies as a result.