The Home Essentials package, which will launch next month, will offer fibre broadband to households in receipt of universal credit for £15 a month.

BT has announced that it will offer fibre broadband at a reduced rate to any households in the UK that are currently in receipt of universal credit. The Home Essentials package is set to launch next month.

According to statistics released by the Department of Work and Pensions, as of November 2020, there are almost 5 million households in the UK that receive universal credit, all of whom would be eligible for BT’s reduced rate broadband package.

The comparison website Uswitch estimates that the average fibre broadband package in the UK costs £25 per month, though those eligible for BT’s Home Essentials package will pay £15 a month for speeds of 36 megabits (Mb) per second. The equivalent broadband deal for households who are not in receipt of universal credit would cost £32.99 per month.

Virgin Media currently offers existing customers who are on universal credit speeds of approximately 15 Mb per second for £15 per month.

Speaking to the BBC, James Wittam-Smith, commercial director at comparison website Usave said: ‘BT's Home Essentials is entering the market as one of the cheapest packages currently available, and certainly very good value for basic fibre’. He added that ‘It's great to see companies starting to consider ethics ahead of profits especially in today's climate. Hopefully, we'll start to see more organisations following suit’.

An expansion of the UK’s broadband infrastructure that would have seen ultrafast internet rolled out across the nation was expected to have been completed by 2025. However, after delays, it is estimated that 85% of the UK will receive an upgrade to internet speeds.

News of BT offering a reduced rate broadband package follows the release of a report conducted by Ofcom that showed that approximately 1.5 million homes in the UK were without internet access. 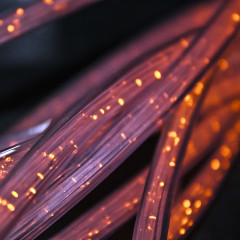 The Home Essentials package, which will launch next month, will offer fibre broadband to households in receipt of universal credit for £15 a month.