The announcement has been made by the Department for Transport, and relates to the use of Automated Lane Keeping System technology in vehicles.

The Department for Transport has announced that self-driving vehicles could be allowed on UK roads by the end of 2021. Automated Lane Keeping System (ALKS) technology will be the first hands-free driving experience to be legalised, and vehicles with this technology will be legally defined as self-driving ‘as long as they receive GB type approval and that there is no evidence to challenge the vehicle’s ability to self-drive’.

The Highway Code will discuss new rules that will inform future legislation to ensure the technology’s safe implementation.

ALKS technology controls the position and speed of a car in a single lane and is designed for use on motorways with slow traffic. The technology cannot be used at speeds above 37mph. Though the system is capable of self-driving a vehicle, drivers will need to remain alert in order to take over if requested to do so by the system within 10 seconds. In the event that a driver does not respond to the system, the vehicle will activate its hazard lights to warn other vehicles and will slow down to a stop.

The Transport Minister, Rachel Maclean, said: ‘This is a major step for the safe use of self-driving vehicles in the UK, making future journeys greener, easier and more reliable while also helping the nation to build back better’. She went on to add that ‘we must ensure that this exciting new tech is deployed safely, which is why we are consulting on what the rules to enable this should look like’.

Mike Hawes, Chief Executive of the Society of Motor Manufacturers and Traders, remarked that ‘Automated driving systems could prevent 47,000 serious accidents and save 3,900 lives over the next decade through their ability to reduce the single largest cause of road accidents – human error’.

News of the legalisation of ALKS has prompted Thatcham Research, a safety tester for motor insurers, to encourage the government to reconsider the definition of the system as ‘self-driving’.

Matthew Avery, director of research at Thatcham Research, said ‘ALKS as currently proposed by the government are not automated’, instead being ‘assisted driving systems as they rely on the driver to take back control’. He expanded on this, adding:

‘Aside from the lack of technical capabilities, by calling ALKS automated our concern also is that the UK government is contributing to the confusion and frequent misuse of assisted driving systems that have unfortunately already led to many tragic deaths’. 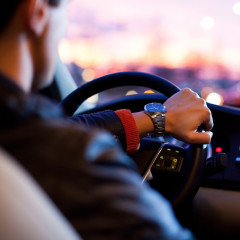 The announcement has been made by the Department for Transport, and relates to the use of Automated Lane Keeping System technology in vehicles.