The feature will allow users to listen to and shuffle music within the Facebook app and is set to launch in 27 different markets, with Spotify planning to expand into other territories ‘over the coming months’.

Facebook has launched a Spotify miniplayer on its iOS and Android apps that will allow users to play music and podcasts from their News Feed without needing to leave the app. Music will continue to play as Facebook users scroll down their News Feed. Options will be available to control playback in order to pause music or dismiss the miniplayer as desired. The miniplayer will also be visible on shared videos that have music in the background –after the video has finished playing, users will be able to press a play button to listen to the song in full.

Spotify Premium and Free users will be able to make use of the music streaming service’s integration into the Facebook app, though the latter users will hear advertisements as well. These ads will come directly from Spotify, and Facebook will collect data about users’ experience with the integration, including Spotify subscription types and metrics to evaluate the miniplayer’s performance. However, Spotify has said that Facebook will not use this data to target ads, and listeners will need to consent to the sharing of their data when they first use the miniplayer.

The feature will not be made available to users in the UK yet, but it is being launched in 27 markets, including the US and Japan, with Spotify stating that it is ‘looking forward to introducing this experience to more markets over the coming months’. 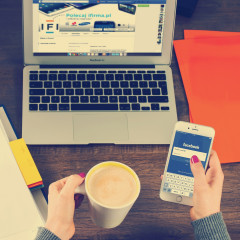 The feature will allow users to listen to and shuffle music within the Facebook app and is set to launch in 27 different markets, with Spotify planning to expand into other territories ‘over the coming months’.