The agreement will also cover Sony’s future theatrical releases from 2022 - 2026, and has been described as ‘a win for the fans’.

Disney and Sony Pictures have announced a ‘multi-year content licensing agreement for U.S. streaming and TV rights’ that will see Sony’s future releases come to Disney-owned platforms. The agreement will cover Sony’s theatrical releases from 2022 - 2026, with Disney gaining access to the titles following their ‘Pay 1 TV window’. This will enable Disney to steadily build its long-term streaming catalogue on platforms such as Disney+ and Hulu.

The deal will include ‘iconic library titles’ such as the Jumanji and Hotel Transylvania franchises. Sony’s various Spider-Man series will also be included in the agreement.

Chuck Saftler, head of Business Operations for ABC, Freeform, FX Networks, and Acquisitions in Disney Media and Entertainment Distribution’s Networks division, stated: ‘This landmark multi-year, platform agnostic agreement guarantees the team at Disney Media and Entertainment Distribution a tremendous amount of flexibility and breadth of programming possibilities’. He went on to add that ‘This is a win for fans, who will benefit from the ability to access the very best content from two of Hollywood’s most prolific studios across a multitude of viewing platforms and experiences’.

Keith Le Goy, President of Worldwide Distribution and Networks at Sony Pictures, said: ‘We are thrilled to team up with Disney on delivering our titles to their viewers and subscribers’.

The deal serves as a signal of intent from Disney, as the company seeks to consolidate and expand upon the success it has achieved with its streaming platform, Disney+, which recently achieved the milestone of 100 million subscribers worldwide. It also comes in the wake of the news that streaming rival, Netflix, is experiencing a slump in subscriber growth. 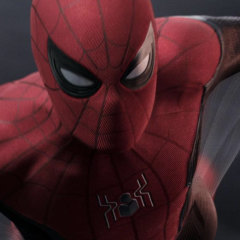 Disney agrees deal with Sony to bring Spider-Man, Jumanji and more to Disney+ and Hulu

The agreement will also cover Sony’s future theatrical releases from 2022 - 2026, and has been described as ‘a win for the fans’.