Jane Austen’s House in Hampshire has come under fire for planning to update its displays with information on Austen’s connections to slavery.

In a statement the museum confirms that it has plans to “share the information and research that exists on her connections to slavery and its mention in her novels.” News outlets such as the Daily Mail and the Express have described the plans as “woke madness” and “BLM-inspired”.

Austen is best known for her novel Pride and Prejudice, and the many successful film adaptations of her works, with the most recent being Emma (2020). The museum, set up in the author’s original house where she wrote all six of her completed novels, is dedicated to her domestic and creative life and possesses a collection of her personal objects.

The museum explained in their statement that the “appropriate” plans have been instigated by “increasingly asked questions by our visitors” about how slavery and Austen’s life and works intersect. Her father George Austen was the trustee of a sugar plantation in Antigua and she lived during the era of slavery as well as the abolition by Britain of the Atlantic slave trade in 1807. In particular, the drinking of tea, which plays a key role in the social dynamics between Austen’s characters across her novels, involves a product of the slave trade and will also be examined in the museum’s informational displays.

Offering further reassurance to those concerned, the museum stated “we will not, and have never had any intention to, interrogate Austen, her characters or her readers for drinking tea.” 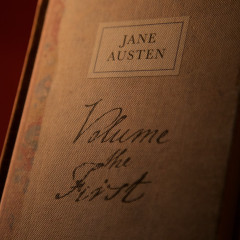 Jane Austen’s House in Hampshire has come under fire for planning to update its displays with information on Austen’s connections to slavery.