Appearing on The Graham Norton Show, actor David Schwimmer says he is due to film a reunion with the rest of the Friends cast, who he hasn’t seen “in years”.

The reunion special, which will air on HBO Max (on a currently unspecified date), will feature the complete cast of Schwimmer, Matt LeBlanc, Courtney Cox, Jennifer Aniston, Matthew Perry, and Lisa Kudrow, who confirmed she has already pre-shot some scenes. Intended to coincide with the sitcom’s 25th anniversary last year, the production has been repeatedly delayed due to Covid-19.

In keeping with the formats of the original episodes, the special currently has the working title The One Where They Got Back Together. Schwimmer confirmed that the cast won’t be playing their famous characters throughout the unscripted special, but did hint at “one section” which he “didn’t want to give away”.

Since being added to Netflix, Friends was named as the most popular TV programme for young people in the UK in 2019. When it originally aired in the mid-90s before finishing in 2003, viewers regularly amounted to over 20 million per season – of which there were ten. The show still brings in $1 billion each year for Warner Bros., and has spawned a national festival. This eagerly anticipated HBO reunion is an acknowledgement of the show’s continued success and will satiate its loyal fans. 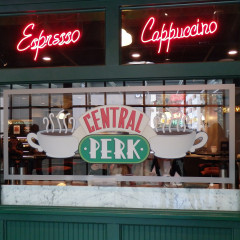 Appearing on The Graham Norton Show, actor David Schwimmer says he is due to film a reunion with the rest of the Friends cast, who he hasn’t seen “in years”.