Apple announced last year that it will be entirely carbon neutral for its supply chain and products by 2030, and the company is now taking steps to use renewable energy.

Apple has joined other colossal technology companies such as Microsoft in their public pursuit of meeting environmental commitments, that in turn will meet necessary climate targets.

Apple says that 110 of its suppliers are moving to use entirely renewable energy. This high profile change will bring online 8 gigawatts of clean energy, with the company stating that the impact on emissions would be equivalent to taking 3.4 million cars off the road.

This is major news as products made by technology companies are routinely scrutinised to assess their environmental impact. However, Apple has said in a statement that it has seen “steady progress towards its 2030 target” through initiatives that have included funding a huge battery project in California. The planned project will provide all of its renewable energy in the state using stored energy from a solar farm.

Speaking to The Independent, Lisa Jackson, Apple’s vice president for environment, policy, and social initiatives stated: “Not all of [the suppliers] are at the point where they've made the commitment, but many, many of them have engaged in our training or taking advantage of resources that we've made available.”

She also stated that it is often a case of suppliers just having to deal with the practicalities of implementing carbon cutting processes, rather than having to be convinced. Ms Jackson said that most have demonstrated a “willingness to move forward in the process.”

This move is  the start of Apple’s plans to become a green company, as seen in a press release that showcases its efforts to tackle a global environmental issue. Overall, Apple has seen a 40% reduction in its carbon footprint, making steady progress towards the company’s 2030 target. 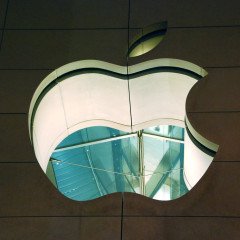 Apple announced last year that it will be entirely carbon neutral for its supply chain and products by 2030, and the company is now taking steps to use renewable energy.