Penguin, Britain's biggest publisher, says it will not return funds it received under the furlough scheme, despite strong sales throughout lockdown.

With almost no industry left unscathed by the pandemic, it's unsurprising that many claimed funding to help sustain them through uncharted times. Penguin Random House UK was no exception and are thought to have claimed £1m via the government’s furlough scheme.

However, unlike other industries, publishers have seen a prolific rise in sales as there has been a greater demand for books with people spending more time at home. A spokesperson for Penguin Random House said that "We have used the government's furlough scheme for its intended purpose: to protect jobs during this extraordinary time.”.

Companies are under no obligation to repay the taxpayer cash they receive through the government's job retention scheme, but they have been urged to do so if they can afford it.

Penguin hasn't released its UK profits but they are thought to have soared as global sales rose by 4.6% to €3.8bn last year. In addition to this, only six out of 1,800 members of staff are now on paid leave, including a number of facilities staff at its head office in London, which is currently closed.

The publisher’s claim to need furlough support is alarming, especially as thousands of companies have sought out help from the government,  with the scheme having cost £55.7bn to date. 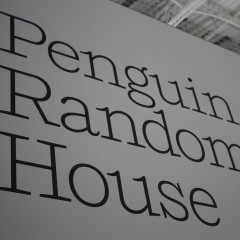 Penguin, Britain's biggest publisher, says it will not return funds it received under the furlough scheme, despite strong sales throughout lockdown.