Adil Ray OBE, comedian and actor is a family household name as the character Citizen Khan, but will be switching roles this month as a new temporary co-host on ITV’s breakfast show, Good Morning Britain.

Ray took to Twitter to announce: “I will be co-hosting Good Morning Britain throughout the whole of April Mon to Weds, starting this Monday with Kate Garraway and with Susanna Reid after the hols.”

It is hoped that the 46 year old radio and television presenter will bring much needed laughter and a sense of fun to the show after the dramatic departure of Piers Morgan last month. Ray is no stranger to Good Morning Britain as he has previously hosted the show on occasions when its main list of anchors have been unavailable, making him a firm favourite with the morning viewers.

The news of a replacement does come as a no surprise, as it was only last month that Piers Morgan stormed off the set of the show. This came after fellow presenter Alex Beresford took issue with his comments on Megan Markle’s controversial interview with Oprah Winfrey. A few hours later, Piers announced his exit from the morning show as it received 57,000 complaints through Ofcom.

So, it's safe to say that even if Piers is to return, it won't be anytime soon and Good Morning Britain viewers should expect new hosts on the show until a permanent fixture is announced. 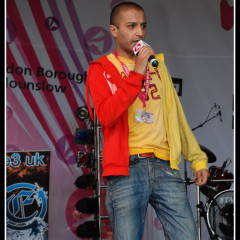