The union will launch a hotline for Amazon employees to report workplace practices and conditions as pressure mounts on the tech company to recognise trade unions.

Amazon staff will be able to share their experiences about how they are treated at work and their workplace conditions through a new hotline that is to be launched by trade union Unite the Union on 29 March 2021. Unite has stated that it wants to agree a ‘social contract’ with Amazon in addition to having the multinational tech company recognising trade unions.

Talking to the BBC, organiser Sharon Graham said that these changes would assist in securing higher wages for Amazon staff, and that employees needed to speak out about ‘the exploitation they suffer day after day as a consequence of Amazon’s merciless drive for profit’.

The hotline launch comes on the heels of publication of a leaked document by The Intercept that demonstrated that Amazon was aware of their workers resorting to using bottles and bags to go to the toilet, in lieu of appropriate bathroom breaks. This is despite Amazon previously (and vehemently) denying the practice was taking place.

Unite’s hotline for Amazon workers is intended to be a long-term project, with Graham going on to say that workers who have ‘had timed toilet breaks’ and done ‘back-breaking piece work with never-ending targets’ should get in touch. She also mentioned the necessity of needing to talk about ‘the horrendous record of injuries on the job’.

However, Amazon has disputed Unite’s claims, as a spokesman said the company already offers employees ‘excellent pay, excellent benefits and excellent opportunities for career growth, all while working in a safe, modern work environment’.

Amazon’s spokesman added that the company is ‘proud to have created 10,000 new permanent roles across the UK in 2020, taking [their] total permanent UK workforce to more than 40,000’ and that Amazon staff ‘have played a critical role in serving customers in these unprecedented times’.

Amazon experienced a surge in sales over the course of 2020 as customers increasingly shopped online due to the coronavirus pandemic. In addition to a profitable 2020, the company opened its first overseas ‘just walk out’ till-less grocery store in London this year. 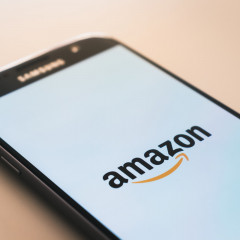 Hotline for Amazon staff to be launched by Unite

The union will launch a hotline for Amazon employees to report workplace practices and conditions as pressure mounts on the tech company to recognise trade unions.