Local government inspectors have been investigating financial irregularities in the awarding of building contracts in the city, and Whitehall is taking over Liverpool’s council.

The Liverpool City Council is to be brought under the joint control of government commissioners in response to a “serious breakdown of governance” following discovery of multiple failures.

Liverpool’s former mayor Joe Anderson was arrested on 4 December 2020 along with four other men on suspicion of conspiracy to commit bribery and witness intimidation. He has since stepped aside, while the deputy mayor Wendy Simon has taken over on an interim basis. Anderson denies the allegations and is in the process of suing the Merseyside Police for wrongful arrest. He became Liverpool’s first directly-elected mayor in 2012 and was reelected to the post in 2016, demonstrating his popularity with local voters.

Following inspections of his alleged corruption, the Communities Secretary Robert Jenrick is ordering commissioners to “exercise certain and limited” council operations in Liverpool for up to three yearsl. He said a report into activities at the city council "paints a deeply concerning picture of mismanagement, breakdown of scrutiny and accountability". This has happened previously with the councils of Doncaster, Tower Hamlets, Rotherham and Northamptonshire County in previous years, but this is the first takeover in a large-scale city such as Liverpool. The government had the option to appoint an improvement panel or taskforce to enact change in the council, but instead chose the complete takeover.

Political commentators have pointed out the anger of the local public, given that Liverpool is a staunch Labour stronghold now being taken over by the Conservative government, with some calling for protests and strikes. However, under the leadership of Keir Starmer, the Labour Party have officially backed the government’s takeover.

Adding more fuel to the fire is the fact that the local mayoral elections are only weeks away, placing pressure on the image of the city’s Labour administration. With the commissioners gaining control, whichever party candidate is appointed will be ‘rendered powerless’ say experts. 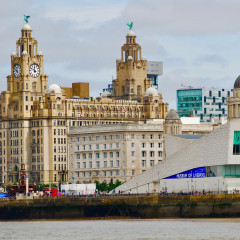 Local government inspectors have been investigating financial irregularities in the awarding of building contracts in the city, and Whitehall is taking over Liverpool’s council.