The BRIT awards follow and have maintained traditional gender based categories since 1989. Sam Smith, who identifies as non-binary, spoke out against the Brits in an Instagram statement, as their album Love Goes is eligible for the British album of the year award. It remained in the top 40 until last week, after reaching No 2 in the UK chart on initial release in 2020.

Smith said: “The Brits have been an important part of my career...Music for me has always been about unification not division. I look forward to a time where award shows can be reflective of the society we live in. Let’s celebrate everybody, regardless of gender, race, age, ability, sexuality and class.”

With Smith being a winner of the Rising Star Award (previously Critics’ Choice Award), alongside the prestigious Adele, Florence and the Machine, and James Bay, it came as a shock to many that they would openly speak out against the very platform that acknowledged them first.

However, the statement came in response to the Brits backpaddling on their 2019 claim to scrap gender categories in a bid to include non-binary artists.

A Brit awards spokesperson later responded, saying: “Sam is an extraordinary British artist and we agree with what they have said today. The Brits are committed to evolving the show and the gendered categories are very much under review. But any changes made to be more inclusive need to be just that - if a change unintentionally leads to less inclusion then it risks being counterproductive to diversity and equality. We need to consult more widely before changes are made to make sure we get it right.”

This isn’t the first time the Brit awards have had to make rule changes. Only this year the  rules were changed in response to a campaign by Rina Sawayama, who was previously excluded for not qualifying as a British citizen, even though she has lived in the UK for 26 years. It is apparent that the Brits do acknowledge artist matters and can reach a resolve. 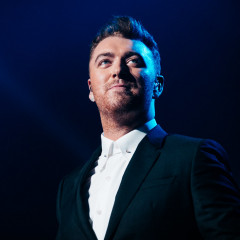