This female dominated ceremony didn't come without its controversy though, with both boycotts and an outspoken, daring comedic host.

Trevor Noah, host for the event, held nothing back, targeting British PM Boris Johnson, Royal tensions and the viral Harry/Meghan interview. He opened the show saying: “This year’s Grammys is going to look a little different, I’m not going to front.”

This disclaimer proved true, as he joked, “it’s going to be even more exciting because our nominees will be sitting at those tables for their awards, so right now there’s more tension in that tent than at a family reunion at Buckingham Palace.”

As he brought up Harry Styles, who performed at the ceremony and took home his first- ever Grammy Award for Best Pop Solo Performance Watermelon Sugar the comments didn't  cease. “It’s crazy to think that someone that talented and handsome is from the same place as Boris Johnson,” joked Noah.

The tone of the night was set and the audience and artists knew that the 63rd annual ceremony was going to be one to remember.

Women dominated the awards this year as Beyoncé set a new record with her 28th win, overtaking bluegrass Alison Krauss and now becoming the most decorated women in Grammy history. Taylor Swift followed, by becoming the first female artist to win album of the year three times with her album Folklore.

Meanwhile, Megan Thee Stallion became the first female artist to win the best rap song award, with her viral song Savage (Remix) that swarmed social media as dances, memes and challenges were produced from the release.

With the tragic events of last year, there was great emphasis on the importance of music and its message to the world. Gabrielle Wilson, more commonly known as H.E.R, concluded her speech by saying, "Remember… We are the change that we wish to see and you know that fight that we had in the summer of 2020, keep that same energy. Thank you."

That 'same energy’ H.E.R speaks of, refers to the #BLM and music industry #TheShowMustBePaused protests, which was supported by the Grammys last year.

The Grammys publicly claim that, as an organisation they were going to demand change, through millions of dollars in donations and work to make the music world more inclusive and equitable.

However, the Grammys have been a public target for years, criticised for not acknowledging black artists, females, and for subbing popular artists. So, amongst the history makers and controversial humour, it was no surprise opposition arose in response to this year's celebrations, with the Weekend, Zayn Malik and Halsey all rebuking the acclaimed ceremony.

Only the Weekend publicly boycotted this year's ceremony but comments surfaced on social media from other artists about their disdain for the event. Zayn Malik tweeted “F*** the Grammys and everyone associated. Unless you shake hands and send gifts, there’s no nomination considerations. Next year I’ll send you a basket of confectionery.”

Posting on her Instagram Stories (via THR) Halsey also criticised the awarding body. "The Grammys are an elusive process...It can often be about behind the scenes private performances, knowing the right people, campaigning through the grapevine, with the right handshake and 'bribes' that can be just ambiguous enough to pass as 'not bribes.'"

So, with all the drama from the ceremony it's clear that the Grammys isn't all gowns and performances, there is a constant fight between artist and organisation that will take more than a conversation to change the narrative. That being said,the 63rd annual Grammys was a very interesting show. 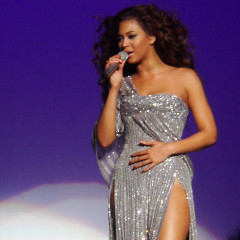