Over a decade since her first appearance in the Harry Potter film franchise as Cho Chang, Katie Leung recounts the racist online abuse she was advised to suppress.

Speaking on the Chinese Chippy Girl podcast, the Scottish born actress of Chinese descent spoke about the racism directed at her after being cast in Harry Potter and the Goblet of Fire and the franchise’s subsequent films. She said ‘I was Googling myself at one point, and I was on this website, which was kind of dedicated to the Harry Potter fandom. I remember reading all the comments. And, yeah, it was a lot of racist s***’.

At only 16 years old, Leung had no previous experience with the media industry. This allowed her publicists to easily convince her to stay silent on the abuse, as she recalls ‘I remember them saying to me, “Oh, look Katie, we haven't seen these websites that people are talking about. And you know, if you get asked that, just say it's not true. Say it's not happening.” And I just nodded my head. I was like, “Okay” even though I had seen it myself with my own eyes. I was like, “Okay, yeah, I'll just say everything's great.”’

This is yet another notch on the tarnished belt of the Harry Potter franchise, alongside J.K. Rowling’s widely condemned transphobic tirades. Once a beloved fandom beyond reproach, recent years have seen previous die-hard fans boycotting the series in all its forms.

Problematic details also extend deep into the world-building of the books. Since the controversy began, people have deconstructed the anti-Semitic depictions of the Gringotts goblins, Remus Lupin’s lycanthropy as a harmful metaphor for AIDS, and with relevance to Katie Leung’s character, how the name Cho Chang is grossly stereotypical and inaccurate as it consists of two traditional surnames. Leung herself referenced this in a tweet.

It seems the skeletons in the closet of the Harry Potter franchise continue to multiply. Only time will tell how many more hits it can take before it irrevocably crumbles in the eyes of the fans who carried it to the heights of its success. 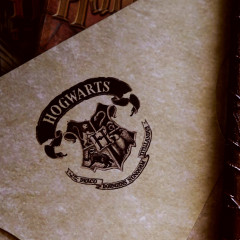 Over a decade since her first appearance in the Harry Potter film franchise as Cho Chang, Katie Leung recounts the racist online abuse she was advised to suppress.