Sir Tim Berners-Lee, who created the world wide web in 1989, has stated in a letter that too many young people do not have internet access, highlighting the importance of internet connectivity as a basic human right.

In a letter to celebrate the world wide web's 32nd anniversary, Tim Berners-Lee stated that the chance to ‘reimagine our world and create something better’ in a post-Covid era must be channeled into providing internet access to those aged 15-24.

Berners-Lee wrote that ‘while we talk about a generation of ‘digital natives’, far too many young people remain excluded and unable to use the web to share their talents and ideas’. He then went on to say:

‘A third of young people have no internet access at all. Many more lack the data, devices and reliable connection they need to make the most of the web. In fact, only the top third of under-25s have a home internet connection, according to Unicef, leaving 2.2 billion young people without the stable access they need to learn online, which has helped so many others continue their education during the pandemic.’

The world wide web founder estimates that an investment of $428 billion over the next decade is required to provide young people around the globe with a quality internet connection.

Rosemary Leith, who co-founded the Web Foundation with Berners-Lee, echoed a similar sentiment, stating that access to the web should be a basic right for young people.

In an interview with the BBC, Berners-Lee also noted that a greater rollout of fibre broadband and improved mobile connections were needed in rural areas of the UK.

The necessity of quality internet connections for young people has been keenly shown over the past year, as educational institutions have moved to remote learning due to the coronavirus pandemic.

On 9 March 2021, Secretary of State for Digital, Oliver Dowden, said the government was working ‘tirelessly’ alongside broadband providers to extend access to hyperfast broadband. The Secretary also said that he ‘will be prioritising the hardest-to-reach places’ and ‘will be setting out a broadband action plan in about a month or so’. 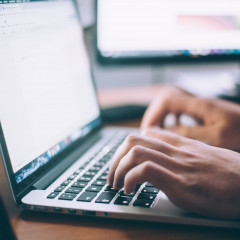 Sir Tim Berners-Lee, who created the world wide web in 1989, has stated in a letter that too many young people do not have internet access, highlighting the importance of internet connectivity as a basic human right.