Shocking research shows that 97% of women aged 18-24 have been sexually harassed, making virtually all women in the UK subject to this cruel reality.

97% of women aged 18-24 have been sexually harassed, according to a new survey conducted by UN Women UK.

The survey, which was conducted with YouGov, also found that 80% of women of all ages had experienced sexual harassment in public spaces. This news comes just after International Women's Day, and was described as a  “human rights crisis”, by Claire Barnett, executive director of UN Women UK.

Claire Barnett said: “This is a human rights crisis. It’s just not enough for us to keep saying ‘this is too difficult a problem for us to solve’ – it needs addressing now.” She hopes the findings will stir the government and authorities to evoke immediate change.

From simply walking home to surviving in the workspace there seems to be no difference in the female experience, which supports the YouGov survey claims that only 4% of women report incidents of sexual harassment, while an overwhelming 96% remain dubious about the UK authorities’ capacity to handle an incident like this. 45% of the women who would not report sexual harassment in the UK say that it is because nothing would really change.

These alarming figures show that this has become the normal experience of women within the UK. Not only that, but the figures serve to only strengthen the notion, the very system created to protect us is failing all too often. For every overwhelmingly defeatist percentage presented from this survey, lies a woman who was unprotected, silenced, and afraid.

These figures have caused testimonials to surface all over social media with young women sharing their stories and reclaiming their voices, but the UN Women project wants to send a clear message through this project that the current systems in place to stop gender violence globally simply aren’t working.

For more information visit and to add your name to the letter click here: https://www.unwomenuk.org/ 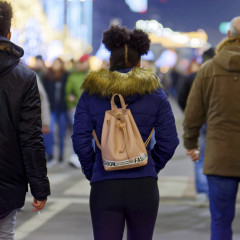 97% of young women have experienced sexual harassment within the UK

Shocking research shows that 97% of women aged 18-24 have been sexually harassed, making virtually all women in the UK subject to this cruel reality. 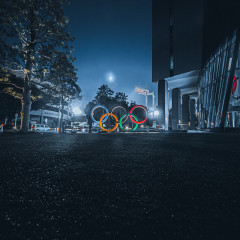