Today marked the announcement of the government’s latest budget plan with the Chancellor Rishi Sunak setting out his plans to help the UK through the pandemic. But what did it all mean for young people?

For young workers who are currently on furlough, it was declared that the scheme will be extended once more until the end of September. With retail and hospitality set to open again in April once lockdown restrictions ease, it will be possible for the under-25s, who make up a third of the employees in these sectors, to return to work. This is in addition to a rise in the National Minimum Wage in April from £8.72 to £8.91, which is also being extended to 23 and 24 year olds, not just the over-25s. For those aged 21-22 the minimum wage is rising to £8.36, for 18-20 year olds it will be £6.56, and 16-17 year olds will get £4.62.

To support young people who have struggled with lost learning over the last year, the government has also announced a £700 million package. This comprises a one-off £300 million Recovery Premium for state primary and secondary schools, £200 million to expand tutoring programmes and delivery early language support, and £200 million for secondary schools to deliver summer school.

Also announced were incentive grants for apprenticeships, which will rise to £3,000 and £126m will be directed towards traineeships for young people to get into the workforce. Additionally, the provisions and eligibility criteria for these opportunities will be expanded.

There is also the continuation of the Kickstart scheme introduced last year, which subsidises jobs for those at risk of long-term unemployment. The government reports that 120,000 vacancies have been created from the £2bn scheme, however, the BBC reported that as of the 25 January 2021 fewer than 2000 young people have started at a Kickstart position. Unemployment is expected to peak at 6.5% by 2022, and 16-25 year olds will undoubtedly comprise a large portion of this.

Any young people with small deposits trying to get on the property ladder will benefit from a government-backed 95% mortgage guarantee scheme which is running from April until December 2022. The Chancellor confidently name-dropped the UK’s biggest lenders such as HSBC, Santander, Lloyds, Natwest and Barclays who are set to offer these mortgages. To meet further demands, the stamp-duty holiday has also been extended to the end of June 2021. Despite these concessions, house-buying remains an unattainable goal for many – even without the ramifications of a pandemic.

In his briefing, Rishi Sunak stated that it will be the work of "many governments" over many years to pay back the debt taken on during the pandemic. Of course, this also means that young millennials and Generation Z will bear the heaviest load of this economic crisis in the decades to come. 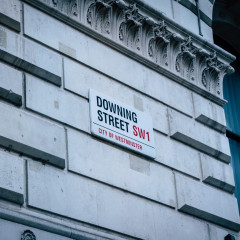 Budget 2021: How the government's plans will affect young people

Today marked the announcement of the government’s latest budget plan with the Chancellor Rishi Sunak setting out his plans to help the UK through the pandemic. But what did it all mean for young people?