Voice MagNewsWhatsApp to push for…

After widespread backlash following an announcement of changes to its privacy policy in January, WhatsApp will move forward with the controversial decision and will restrict service of its app to users who do not agree by 15 May.

WhatsApp has decided to move forward with changes to its privacy policy, implementing a deadline of 15 May for users to agree to the amended document.

After changes to its privacy policy were first announced in January, WhatsApp experienced a major backlash as many users opted to download rival messaging apps. This occurred due to fears that WhatsApp would increase the amount of data shared with its parent company, Facebook.

The messaging app has since stated that the changes are related to the ways in which users can interact with businesses rather than collecting any information about conversations, calls or group chats.

Following on from the widespread negative response to the initial announcement, WhatsApp then indicated that the implementation of the new privacy policy would be delayed from 8 February as originally planned. In an effort to disclose information in a more transparent manner, WhatsApp have released an FAQ that details the planned changes to their privacy policy as well as including a banner within the app to explain the alterations.

The FAQ notes that businesses will be given ‘the option to use secure hosting services from Facebook to manage WhatsApp chats with their customers, answer questions, and send helpful information like purchase receipts’.

However, users who do not agree to the amended document will begin to experience limited service on WhatsApp from 15 May. Such users will no longer be able to send or open messages from the app, though they will still be able to receive calls and notifications for a short time. 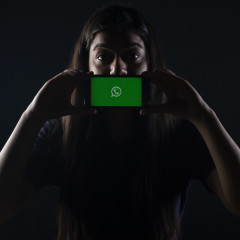 After widespread backlash following an announcement of changes to its privacy policy in January, WhatsApp will move forward with the controversial decision and will restrict service of its app to users who do not agree by 15 May.