Disney+, continuing with its ‘Stories Matter’ initiative, has added content warnings to 18 episodes of The Muppet Show, warning viewers of cultural insensitivities and offences.

Disney+ has introduced disclaimers to some of their streaming content, warning viewers of ‘negative depictions and/or mistreatment of peoples or cultures’. The Muppet Show, which began streaming on Disney+ on 19 February, has had content advisories added to 18 of its episodes.

The warnings state that ‘These stereotypes were wrong then and are wrong now. Rather than remove this content, we want to acknowledge its harmful impact, learn from it and spark conversation to create a more inclusive future together’.

Muppet creator Jim Henson also created The Muppet Show, which ran from 1976 to 1981 and featured a range of different contemporary guest stars including Harvey Korman, Vincent Price and Elton John. The episodes that have had content advisories added to them include those guest hosted by Johnny Cash, Steve Martin and Peter Sellers.

Though Disney has elaborated on why some titles have had such warnings added (for example, a ‘racist caricature of East Asian peoples with exaggerated stereotypical traits’ in The Aristocats), no such explanation has been provided for The Muppet Show episodes in question as of yet.

However, one Reddit user has compiled a list of the episodes that have been flagged by Disney+ and attempted to provide clarifications on why they had been selected.

The list mentions an episode featuring Johnny Cash that may have been flagged due to ‘the appearance of the Confederate Flag throughout’. The Confederate Flag was a symbol of the Confederate States during the American Civil War, and has also been closely associated with white nationalist and supremacist movements. This connotation would therefore offer an explanation for the content advisory provided for this specific episode.

The move to add content warnings comes as part of Disney’s ‘Stories Matter’ initiative, which has seen these disclaimers being added to several older titles and productions now streaming on Disney+, including Lady and the Tramp, The Jungle Book, Dumbo and The Aristocats among others. 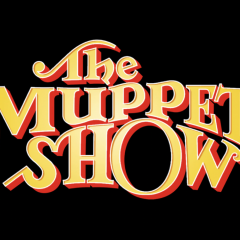 Disney+ adds content warnings to episodes of The Muppet Show

Disney+, continuing with its ‘Stories Matter’ initiative, has added content warnings to 18 episodes of The Muppet Show, warning viewers of cultural insensitivities and offences.