Just Like Us, the charity for LGBT+ young people, is launching a new campaign this December called #YoungerMe to raise awareness that growing up LGBT+ is still unacceptably tough.

Despite how progressive our society appears, life for some societal groups can be exceptionally challenging. One of those groups is the LGBTQ+ community, who seem to have to justify their very existence – a feat that will never be an easy one to combat. That being said, support and visibility for the community are improving thanks to charities like Just Like Us, who this month are launching a new campaign, #YoungerMe. #YoungerMe aims to raise awareness about the hardships those in the LGBTQ+ community still face, and reiterate that being LGBTQ+ is something to celebrate, not something to be marginalised for.

The online campaign will also draw  attention to the increasing isolation LGBTQ+ young people will face this winter due to the coronavirus pandemic, in a bid to raise support for the cause.

The  campaign poses the question of what growing up would have been like for LGBTQ+ community members if our education system had been more inclusive – a question I think many marginalised groups have asked themselves. Throughout December, celebrities, influencers and supporters will be sharing what it was like for them growing up LGBTQ+ and how inclusive education would’ve helped them.

UK Drag Race queen Divina De Campo, trans Emmerdale actor Ash Palmisciano, athlete Michael Gunning and non-binary author Jamie Windust are among the many supporters of #YoungerMe who will feature in the campaign.

By posting their #YoungerMe images on Instagram and Twitter, supporters will be raising awareness of the realities of being a young LGBT+ person, and how Just Like Us is making education more inclusive through Pride Groups, mentoring, and their Ambassador Programme.

Dominic Arnall, Chief Executive of Just Like Us, says:

“We’re thrilled to be launching this campaign with the support of people like UK Drag Race queen Divina De Campo, at a time when LGBT+ young people are facing increasing isolation due to lockdown restrictions. Both coronavirus and Christmas are likely to add to the feeling of isolation among LGBT+ young people, and it’s vital that we are able to continue supporting them through our community network, mentoring, Ambassador Programme, and by helping schools and colleges to make education inclusive through our Pride Groups programme. Just Like Us is looking forward to shining a light on the vital need for inclusive education in transforming the lives of LGBT+ young people, and we can’t wait to see supporters’ #YoungerMe posts on Twitter and Instagram this December.”

To take part in the #YoungerMe campaign

You could post a photo of you or something that represents your childhood, like a Christmas tree, Hanukiah, toys, or the house you grew up in. You could even get creative and draw a portrait.

2. Use #YoungerMe in your caption

Tell everyone in the caption how Just Like Us would’ve helped you growing up, using the hashtag #YoungerMe. Don’t forget to tag @JustLikeUsUK so they can share your post, too!

3. Donate if you can

£10 helps Just Like Us to send an ambassador into a school or college to speak about being LGBT+. If you are able to, you can donate here. 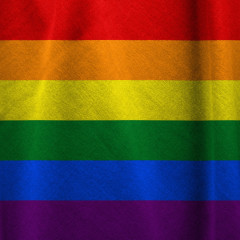 Just Like Us, the charity for LGBT+ young people, is launching a new campaign this December called #YoungerMe to raise awareness that growing up LGBT+ is still unacceptably tough. 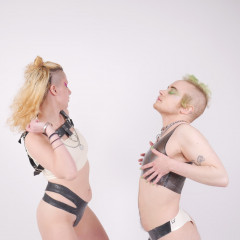