Without the dramatics you’re left with the dull

There wasn’t really any of that this year, which made for a slightly humdrum presentation. Nonetheless, here’s what came up.

The third instalment of the Watch Dogs series will take place in London, which has doubled down on its heavy surveillance state set-up to include killer robots and locking citizens in cages.

The scope of the game is incredibly ambitious, with every NPC having their own lives, routines and backstories, but are also recruitable. Ubisoft Montreal claim that you will be able to play as NPC, whether it’s a street wise child or an ex-assassin grandma. Different characters will have different skills, including bare-knuckle fighting, hacking, or drones.

Gods and Monsters will see you retake Mt. Olympus

From the people who made Assassin’s Creed Odyssey comes a new storybook adventure game, Gods & Monsters. In it, you play as the hero Fenyx, who is tasked with taking back Mt. Olympus from Typhon, who defeated the Greek Gods and infected the world with monsters.

The game will involve facing down some of Greek mythologies most powerful creatures, completing quests, clearing out dungeons, and gaining new powers and abilities as you gain favour with the gods.

Gods & Monsters releases on 25 February 2020 for Xbox One, PS4, Nintendo Switch, PC, UPlay+ (more on that later…) and Google Stadia.

Ubisoft have unveiled a new game that is inspired by roller derby. It looks quite a lot like Rocket League, with similar style arenas and mechanics.

In terms of gameplay, it will be similar to real life roller derby, in that you gain points for achieving laps around the track while in possession of the ball. The other team will try to deposes you.

The game will be free to play - presumably meaning it’s supported by a microtransaction economy - and will release in 2020.

Tom Clancy’s Rainbow Six series is getting a new entry, called Rainbow Six Quarantine. Details are quite thin, and really all we know is that it’s a co-op PvE spin-off to Rainbow Six Siege, with players fighting against (or to contain?) a technological parasite.

Rainbow Six Quarantine will launch in 2020.

Tom Clancy’s The Division 2 is getting new downloadable content, some of which will be free for current owners.

There are two new episodes, D.C Outskirts: Expeditions and Pentagon: The Last Castle. The first will see you explore the outskirts of Washington DC, as well as the Washington National Zoo. The second takes place in the Pentagon, and players will take down the Black Tusks, who are trying to raid the impenetrable fortress.

The two new episodes are releasing in July and fall of this year respectively.

Episode 3 was also teased, and is sending players back to New York, which was the setting of the original game. However, no further details or release date was announced.

Really making the most of the late Tom Clancy’s name, Ubisoft also announced a mobile game that will feature a who’s who of Tom Clancy universe characters, and bring them together for what Ubisoft describes as “dynamic 5-vs-5” gameplay.

There will be a campaign mode, a PvP mode, and a guild-versus-guild mode. Ubisoft also state that it will feature real-time gameplay, and characters from The Division, Ghost Recon, Rainbow Six and SPlinter Cell; specifically iconic character Sam Fisher.

The game will be available on iOS and Android. There is no release date, but pre registration is available on the website.

Uplay+ announced with 100 games at launch

Never mind streaming, the future of gaming seems to be subscriptions, with EA, Microsoft, Google, Apple, Sony all offering a subscription service, and now Ubisoft is getting in on the action.

For $14.99 (or €14.99, no UK pricing has been announced) a month, you will get access to 100 Ubisoft PC games, including new releases like Watch Dogs Legion. The games will be the premium editions, meaning they will have all the DLC and expansions, and there is no fixed-term commitment.

If you sign up before 15 August Ubisoft will give you the first month for free.

Uplay+ will launch on 3 September. It will also be available for Google Stadia in 2020. 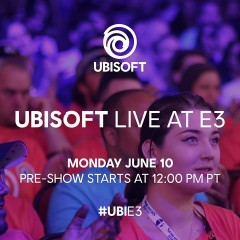 Without the dramatics you’re left with the dull

Can apps help lift the lockdown and are contact tracing apps the answer?