The console maker had its biggest presence yet at E3 2019

After reigning supreme during the last console generation, Microsoft were caught asleep this time around, with a confused and frustrating Xbox One launch that let Sony outsell them at a predicted 2 to 1.

However, Microsoft has definitely woken up. In recent years they’ve made a number of pro-consumer moves, and last year went on a buying spree to shore up their first party studio offerings.

This year had more of the same, with 60 games on show, half of which will launch of Xbox Game Pass, and 14 came from Xbox Game Studios. They also announced some new hardware, while teasing their idea of the future of gaming.

I’ll start with hardware, then move to services, and then finally we’ll take a look at some of the games they announced. For a more exhaustive list of what was announced, Xbox Wire have done a write up.

Much like they did with Project Scorpio, which eventually became the One X, Microsoft unveiled some specs for their new generation of console.

They co-designed a new processor with AMD, and it will be paired with high bandwidth GDDR6 memory and a new generation of SSD, that can also be used as RAM. It will also feature hardware accelerated raytracing, variable refresh rate, 8K capabilities and ultra-low latency input.

Project Scarlett will launch by the end of 2020.

Xbox also unveiled the Series 2 of their Elite Wireless Controller. Rumoured for over a year, the new controller has 30 new or improved features, including adjustable-tension thumbsticks, wraparound rubberised grip, shorter hair-trigger locks and up to 40 hours of rechargeable battery life.

They’ve also added Bluetooth compatibility, and switched the charging power over to USB-C. Furthermore, the carry case now includes a charging cradle, which means that the controller can charge while in its case - similar to Apple’s AirPods.

It will be launching on 4 November and is available to pre-order now for £159.99.

Xbox in the Cloud

Microsoft also took time to announce their two-pronged approach to cloud based streaming. Given that Google has just jumped head first into the gaming industry with Stadia, I thought Microsoft would spend more time talking about their own streaming efforts, but they didn’t really offer much at all.

First, they announced that starting with a preview in October, Xbox owners will be able to stream their game library from their console to a mobile device. When this eventually comes out of preview, this will be free. This remote play functionality is going to likely rely on a good upload rate on your home broadband, which will certainly rule some players out.

They also mentioned Project xCloud, the more ambitious of the two goals, where they will stream console quality gaming to mobile devices from their own servers. They said that they are already able to stream 3,500 games from the cloud to devices, because the servers are essentially Xbox One S’s in a rack. Very little else was announced, but apparently attendees of E3 are able to get a hands-on demo while they’re there.

Two years ago, Microsoft announced Xbox Game Pass, a monthly subscription service that let you download over 100 Xbox titles and offered you a discount if you then wanted to purchase the game to own. They are now bringing that over to PC, with a curated library of over 100 PC games from over 75 developers and publishers. Titles will include Imperator: Rome, Metro Exodus and Football Manager 2019.

They also announced a new service that combines the curated library of Xbox and PC, as well as Xbox Live Gold. They’re calling it Xbox Game Pass Ultimate. It will cost £10.99 a month and right now you can start your first month for £1.

On stage, Xbox announced that they intend to acquire Double Fine Productions, led by industry veteran Tim Schafer, taking the total number of development studios under Xbox Game Studios to 15. He also showcased Psychonauts 2, which will be coming out in 2020.

Keanu Reeves was on stage!

Just stop reading here, nothing tops this moment. It was announced that one of the internet’s most beloved movie stars was going to feature in CD Projekt Red’s upcoming Cyberpunk 2077, and the crowds lost their mind. Then he appeared on stage, and people went wild.

The ever gracious and always charming actor attempted to talk us through some of the game, but was repeatedly cut short by the enthusiasm of the crowd, at one point describing the game as breathtaking, before someone shouted back, “You’re breathtaking!”

First showcased last year, Gears 5 now has a release date: 10 September 2019. It will feature five modes, including a newly showcased Escape. The premise of Escape is you, with two friends in coop, infiltrate an enemy hive, plant a bomb, and then try to make it out alive. Other game modes will be showcased leading up to the launch. Xbox Game Pass Ultimate subscribers will be able to play the game on 6 September, and anyone who plays by 16 September will get the Terminator Dark Fate Character Pack, which lets you play as Sarah Connor and the Terminator T-800.

Gears POP! is a mobile game that brings some of the characters of Gears of War to the small screen in the now iconic Funko POP! style. The game is coming out this summer, and more details will be released leading up.

It opened the showcase last year, and closed it this time. Halo Infinite is the long awaited sequel to Halo 5, although reports are saying this is being considered a soft reboot for the franchise. It is being built on the new Slipspace Engine, and will be a launch game for Project Scarlett in 2020.

LEGO are in the building

Lego has had a long and successful game career, and that looks set to continue with two new releases announced on the Xbox stage.

The first is LEGO Star Wars: The Skywalker Saga. You will be able to play through all nine Star Wars saga films in one game. Some of the films were previously immortalised in LEGO, but this is the first time all of them will be available in one game.

The expansion will be available on 13 June.

Minecraft Dungeons is a reimagining of the classic dungeon crawler. Players will be able to play on their own, or in co-op multiplayer with up to four players - including couch co-op! You’ll discover new characters and environments, but not much else about the game is currently known.

In an effort to diversify their game origins, Xbox is bringing Japan’s most successful free to play online RPG to Xbox One for the first time. It’s very much a case of either you’ve never heard of it, or you’re very excited. The game will launch in spring 2020, and features cross-play between Xbox One and PC, and is free-to-play.

Announced last year - alongside Microsoft’s acquisition of it’s developer, Obsidian Entertainment - The Outer Worlds is an RPG that takes place in the outer reaches of space. You awake from deep sleep, decades later than anticipated, in the middle of a conspiracy that risks destroying the entire Halcyon colony, which is completely owned, controlled, and dictated by corporations. You get to decide whether to be good bad, or a force of chaos, with sprawling options available.

It looks fun, with great dialogue, and launches 25 October.

Elden Ring leaked before the conference, but nonetheless, people were very excited. This is no small part because it’s an action-RPG set in a world created by Dark Souls creator Hidetaka Miyazaki, and George R.R. Martin, who has obviously taken a break from finishing those books. No release date was given. 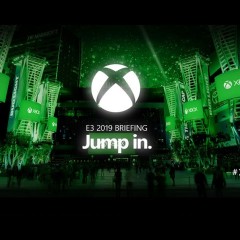 The console maker had its biggest presence yet at E3 2019 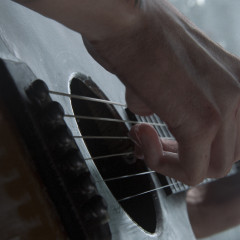