With EA pulling out of the traditional E3 conference schedules to run their own EA Play event in 2016, we've witnessed multiple iterations of the format. For 2019, EA decided to focus on six of their games, and give us a deep dive on each one.

Here’s a quick summary of what they announced.

We finally got to see some gameplay footage of what was easily EA’s biggest game at E3 this year. Made by Respawn Entertainment (Titanfall, Apex Legends), the game is set in the aftermath of Order 66, when Jedi’s are hunted and killed. We play as Cal Kestis, a padawan who is forced to reveal his Jedi powers and subsequently joins the rebellion.

The gameplay footage was slightly underwhelming, and while a variety of force powers were demonstrated - slowing time, double jumping and your standard force push/pull - there was never anything that particularly stood out. There is also a wallrunning mechanic which looks exceptionally smooth, although that’s unsurprising given it’s Respawn making it.

You are accompanied by a cute droid called BD-01 though, and he displays your map, and provides health packs. He is also exceptionally merchandisable.

This game is a canon Star Wars story, so expect to see characters from the films show up.

Apex Legends, also released by Respawn Entertainment, got some hefty announcements of its own during the conference.

The developers have heard fan feedback over Season 1 and are looking to rectify the most common complaints for Season 2: Battle Charge.

It is introducing a new character called Wattson, who is the tenth legend in the game. She is an engineer whose move set revolves around electricity. She can set up fences that will electrocute enemies (and flag the whole team) and her passive will allow her to use Ultimate Accelerant to fully charge her ultimate. The ultimate in question will allow players to place down an Interception Pylon that can shoot down grenades and bombardments, as well as charge jup her cool down for the electric fences.

The new season will also introduce the L-Star rifle, a gun from Titanfall 2. It is described as so overpowered that it can only be found in care packages, and will use none of the existing ammo found in the map. There are also new hop-ups that will apparently make the Mozambique shotgun “usable” and will also introduce daily and weekly challenges that will make levelling up the battle pass much quicker. And best of all - these challenges stack.

There was also something bigger briefly alluded to. In the video the Legends were shown zipping past the eye of a huge creature. So far, animals have not been found in Kings Canyon, so we will have to wait to find out more.

We are coming to the end of Chapter 4 of Battlefield V, but the developers have a few more things to release before then.

Players will get four more maps, including Marita and Al-Sandan. The former takes place in a German occupied Greece, while the Al-Sandan is in the North African desert and focuses on vehicle combat. There are also new skins, and the level cap has risen all the way to level 500, with new dog tags every 50 levels.

EA also announced plans for Chapter 5, which will take players to the Pacific Front to focus on the warfare between American and Japanese forces. Not many details were announced, but more will be released come autumn.

FIFA 20 to offer a new mode

FIFA 20, EA’s most bankable game, is coming out on 27 September. Alongside the usual graphic enhancements and updated player stats, the game will feature a new mode called FIFA 20 Volta Football, which is essentially a reimagining of FIFA Street. In it you can choose from several matches with different rules and modes, as well as courts of differing sizes and locations. There seems to be a focus on tricks, which will be a great opportunity to show off your control over the thumb sticks.

The Sims 4 get a new expansion

A new expansion was announced for The Sims 4 called Island Living. It will allow your Sims to sit back and relax on the island of Sulani, and partake in activities such as swimming with dolphins (and mermaids), suntanning, collecting seashells and riding jet skis.

You can also take up a new career as a lifeguard, or let your eco-friendly credentials shine through as a conservationist.

The annual American Football game is coming out, and adds some new dynamic challenges to help increase your player in single-player mode. They are also focused on run-pass options, if that means anything to you… 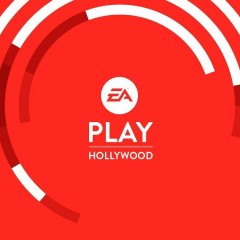