The passing of legends, Brexit updates, and Facebooks' new plan to make us not hate them...

Welcome to your fortnightly news summary, pulling together some of the biggest news stories in culture over the last two weeks. At time of publication it is International Women's Day 2019. The theme for this year is #BalanceforBetter, highlighting the need for balance and its importance as a business issue. Make this International Women's Day yours and make a personal difference for women all over the world.

With just three weeks until Brexit, there doesn’t seem to be much movement on a deal. This is bad news for everyone. It may not be a popular opinion within some circles, but the only way to move the deadlock is to go back to the people and get their - finally - informed consent over the best way forwards with a second referendum.

I have written an article outlining the democratic argument for a second referendum, and feel that the people should be asked whether to support the deal on the table, or the deal we had (which everyone should now be in agreement was the best deal we’d ever likely get).

Over the pond, the walls are continuing to close in around Trump, who in the last fortnight saw the collapse of his North Korea summit, his former lawyer testifying in front of Congress, calling him a "racist," a "con man" and "a cheat,” and a news report break stating that he had pressured officials to give security clearance to family members. A new poll has found that two thirds of Americans think that Trump is a criminal, and 45% even believe he has even broken the law since being in the White House. 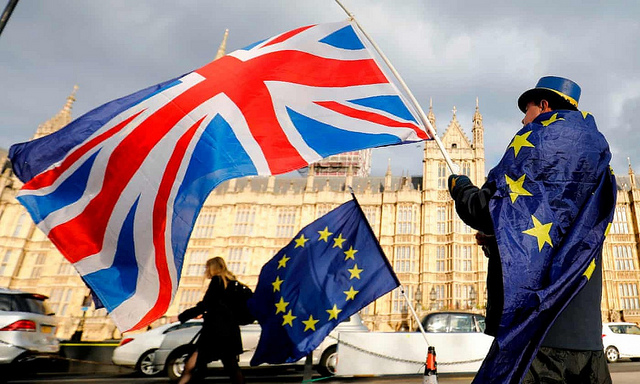 Yep, it’s back in the news after our brief reprieve from it last time. In many ways, nothing has changed, but that has really been the case since this whole thing started. Or rather, our situation hasn’t changed, we just inch closer to the cliff-edge while the flames of our nation flicker at our back.

Theresa May has continued to insist that she will be able to renegotiate the withdrawal agreement that was categorically voted down by MP’s; a notion that has been dismissed by the EU without significant compromise. Feeling the pressure from the growing support for the Cooper-Letwin bill that would force the Government to allow Parliament to vote on whether to delay Article 50, May preemptively agreed to give Parliament a meaningful vote on the direction of Brexit should her deal not pass on 12 March - something that seems unlikely.

Jeremy Corbyn briefly woke up and said that Labour would support a second referendum if the deal doesn’t pass, likely because MPs kept threatening to leave. However, in true Corbyn fashion he then switched back to ambiguity and vagary, claiming he would continue to push Labour’s alternative Brexit proposal. So who really knows what Labour are doing at this point.

There’s been an increase in councils fining rough sleepers 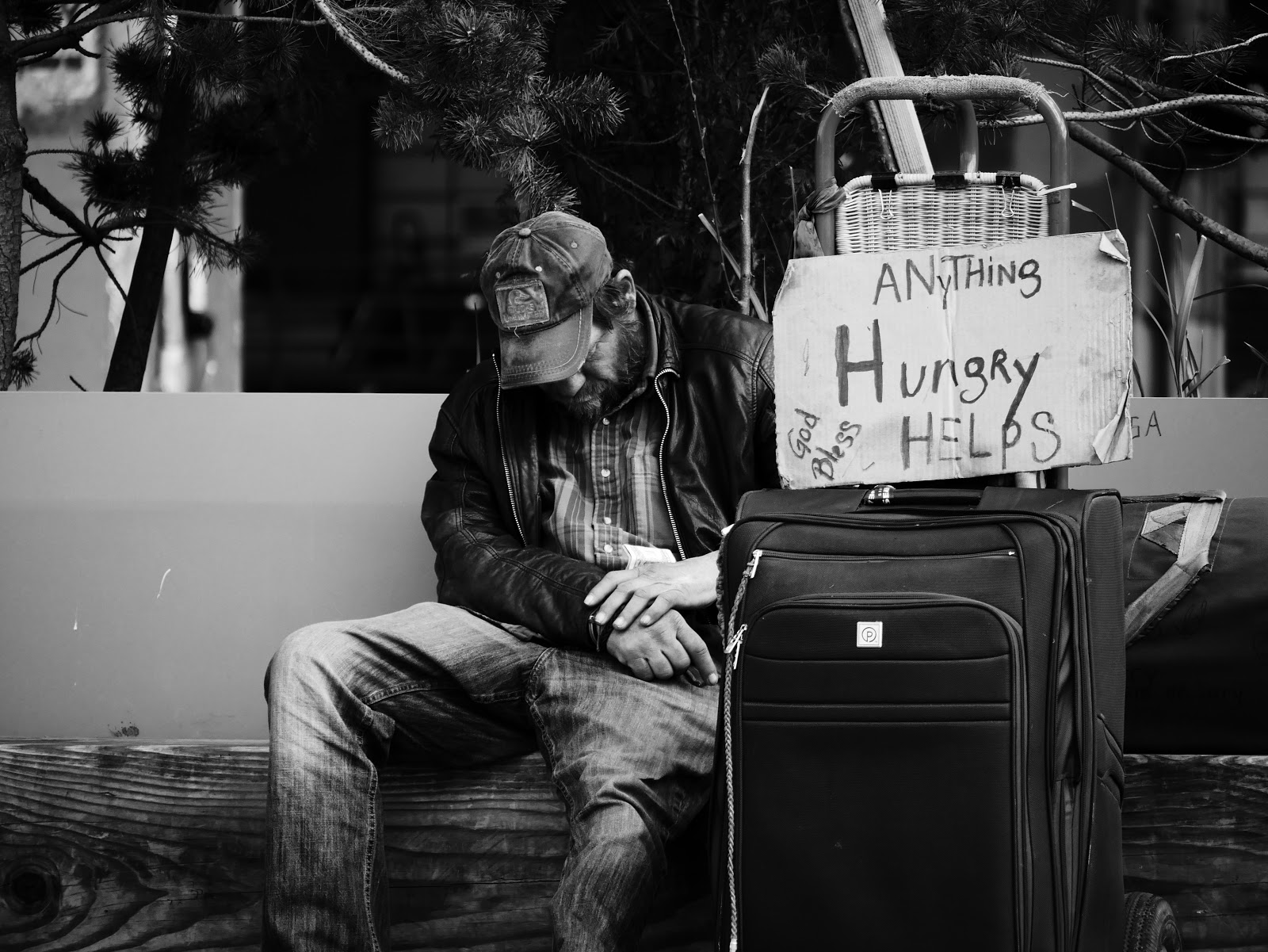 Local authorities have been accused of trying to “airbrush their streets” and “ban homelessness” by the human rights advocacy group Liberty, after it was reported that the number of councils obtaining the power to issue public space protection orders. PSPOs grant councils the power to issue £100 spot fines for rough sleeping, begging and “loitering”, which if left unpaid can result in a summary conviction and a £1,000 penalty. This is despite guidance from the Home Office that they aren’t to be used to target the homeless.

The guidance change came into effect in December 2017, after councils were initially granted stronger powers to ban behaviour judged to have “a detrimental effect on the quality of life of those in the locality” by then home secretary, Theresa May. 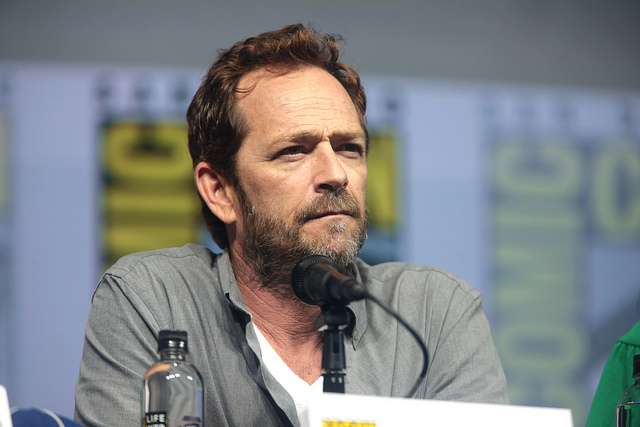 Actor Luke Perry has died at the age of 52, less than a week after suffering a massive stroke. Perry rose to fame following appearances 90210 and Beverly Hills, and most recently appeared in the Netflix series Riverdale as Fred Andrews. Production has been temporarily halted on the third season in response to the news. 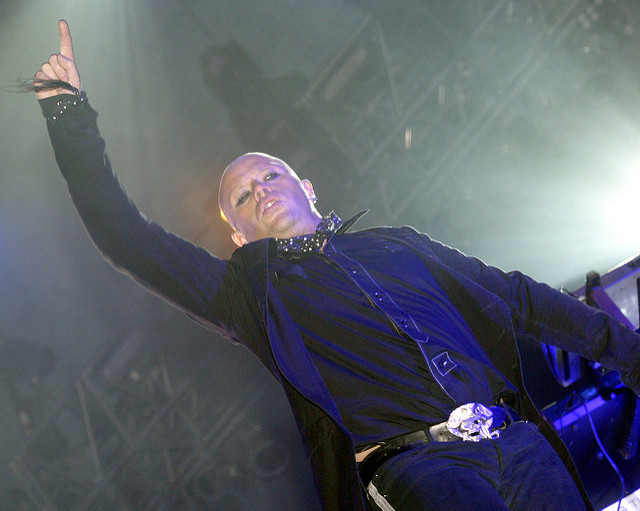 Prodigy vocalist Keith Flint died at the age of 49 after taking his own life. Flint joined the band as a dancer, but in 1996 sang on the iconic tracks Firestarter and Breathe, both of which went to Number 1 in the UK. Every one of the bands seven albums reached No 1 in the UK, including their latest released in 2018: No Tourists.

It has been announced that Jason Manford will once again be hosting the Olivier Awards, after previously hosting them in 2017. The comedian, actor and singer has numerous stage credits, including the multi-Olivier Award-winning production of Sweeney Todd, an acclaimed UK tour of The Producers, and Chitty Chitty Bang Bang.  It was recently announced that Jason will be starring in a new touring production of the Kander and Ebb musical Curtains from October this year.

Jason, and the Olivier Awards, will return to the Royal Albert Hall for the ceremony on Sunday 7 April.

… and here are the Olivier nominations

Musicals lead the way in the 2019 Olivier Award nominations, with Company and Come from Away getting nine nominations apiece. The announcement was made on 6 April during a livestreamed event where last years winners Sheila Atim and Giles Terera revealed the nominations. The Inheritance leads the play categories, with eight nominations. Gillian Anderson was nominated for best actress, while Adam Godley, Ben Miles and Simon Russell Beale received a joint best actor nomination for their performance in The Lehman Trilogy.

For a full list of nominations, check out our announcement article. 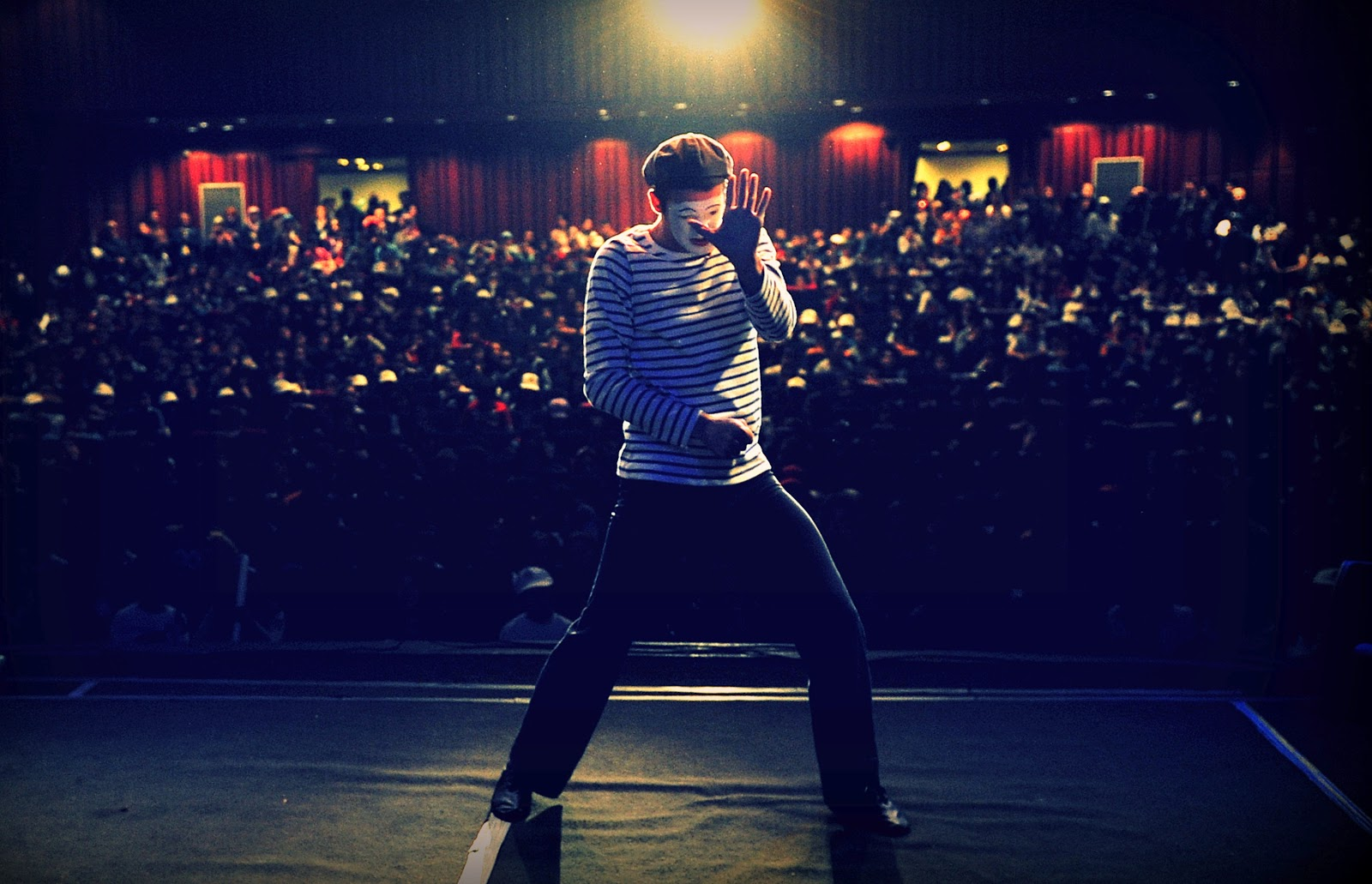 Transgender actors will be invited to the National Theatre for an event aimed at creating relationships between performers and creatives. The meeting held on 15 April hopes to improve understanding of how theatre can support the trans community.

The day will be an opportunity to spotlight trans actors and for them to engage with representatives from the industry unions Equity and agency Spotlight.

Equity said events such a this would help create a good-practice casting booklet for casting directors in the future. This is expected to be launched later in 2019. 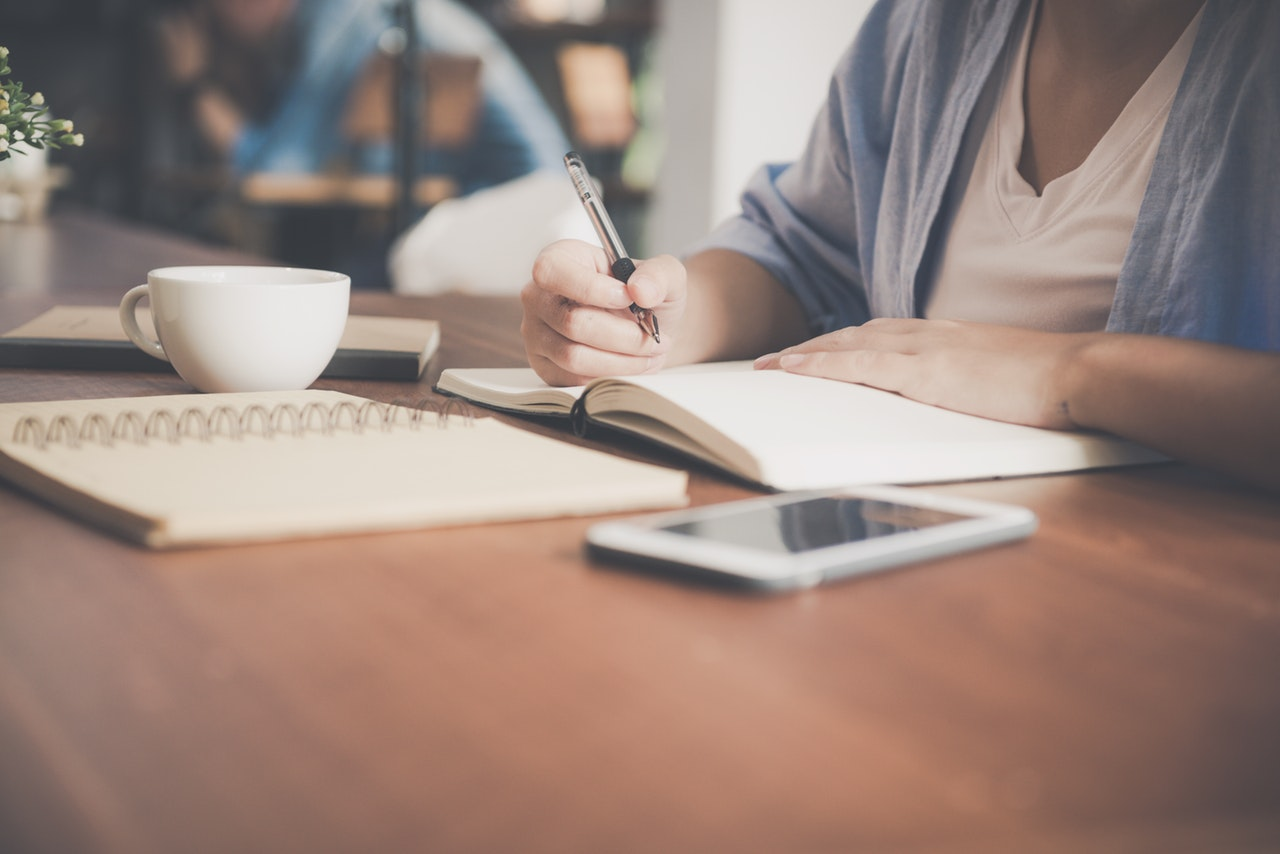 The conclusion of a three-year report has found that young people are “overwhelmingly positive” about creative writing and writers themselves. The £1.2m programme, funded by ACE, assessed students’ perception of writers over a three year period and found that they were often considered “creative”, “imaginative” and “confident”.

Nearly 3,000 students and young people from over 120 schools were involved in the project, and it was found that writing for pleasure, rather than focusing on technical accuracy, provided the most benefit. The report noted a change in opinion of creative writing over the three year period. At the start, 77% of students said that creative writing gave people a sense of achievement, and 54% thought they were good at it. This changed to just 73% of students feeling it provided a sense of achievement at the end, however the number of students who believed that they are good at creative writing rose to 58% by the end of the study. 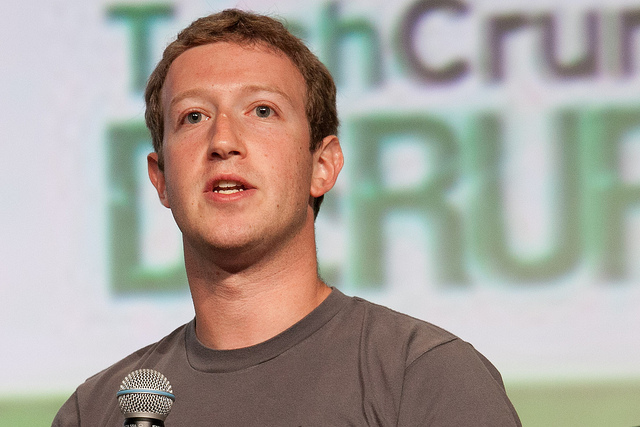 It has been a bruising couple of years for Facebook as they saw their platform be used to interfere in elections, give user data to unvetted actors and even orchestrate genocides. At every latest disaster, Mark Zuckerberg comes out with an apology and a promise to listen and learn more, without any concrete action occurring. Now finally, it appears that Zuckerberg has a plan for Facebook, and that is to make it more private.

In a 3,200 word missive, Zuckerberg outlines his plans for the company’s pivot to become a ‘privacy-focused’ platform by detailing seven principles. The company will focus on private interactions; encryption; reducing permanence; safety; interoperability; and secure data storage. In essence, Facebook will seek to make it easier for you to securely message people on all of their platforms and promise not to collect or store data for longer than necessary. For a complete outline of what that means, read Zuckerberg’s blog post below. Source: Facebook | Image: JD Lasica

We are bringing back last month in music! 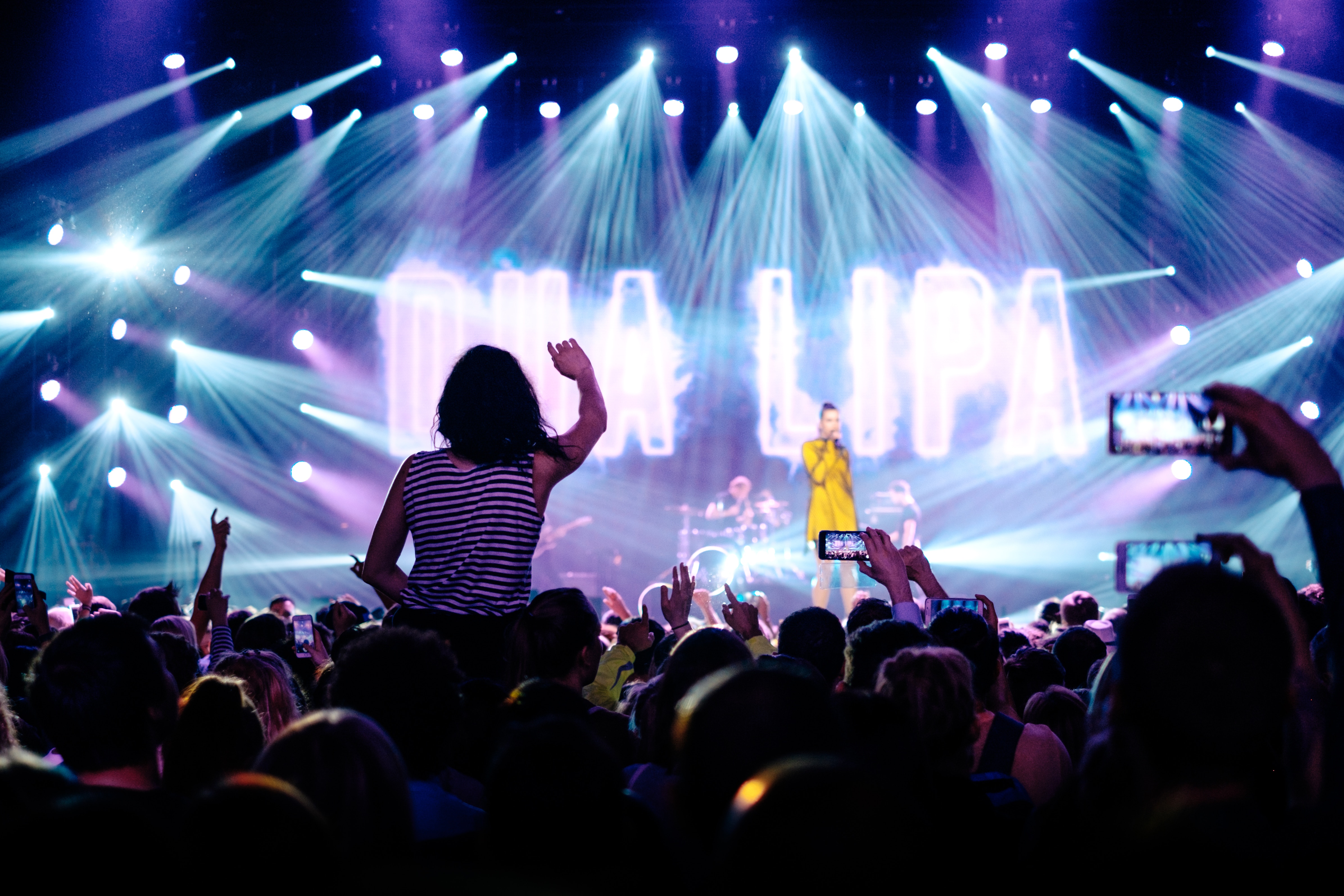 Rejoice, music lovers, as we are bringing back the monthly music news roundup. One of our new contributors Sophie McCarthy has taken up the mantle as a serious music head and will be breaking down the biggest news stories in the music industry every month, as well as the weird, kooky and niche little stories that might have passed you by.

Maddie Drury contributed to this report 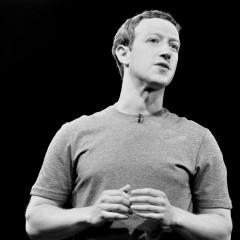 The passing of legends, Brexit updates, and Facebooks' new plan to make us not hate them... 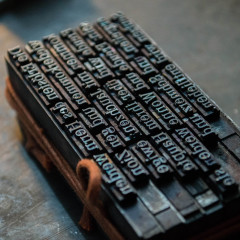 Good To Know: How are books made?