From Spotify profits, to award ceremonies and Pride controversies, we're looking back at some of the biggest stories in music from this February

A lot happened this February, amongst all of this award season’s antics and HMV nearly disappearing off our streets forever, there’s a lot to talk about so why don’t you strap yourself in and get ready for a whistle stop tour of all things music! 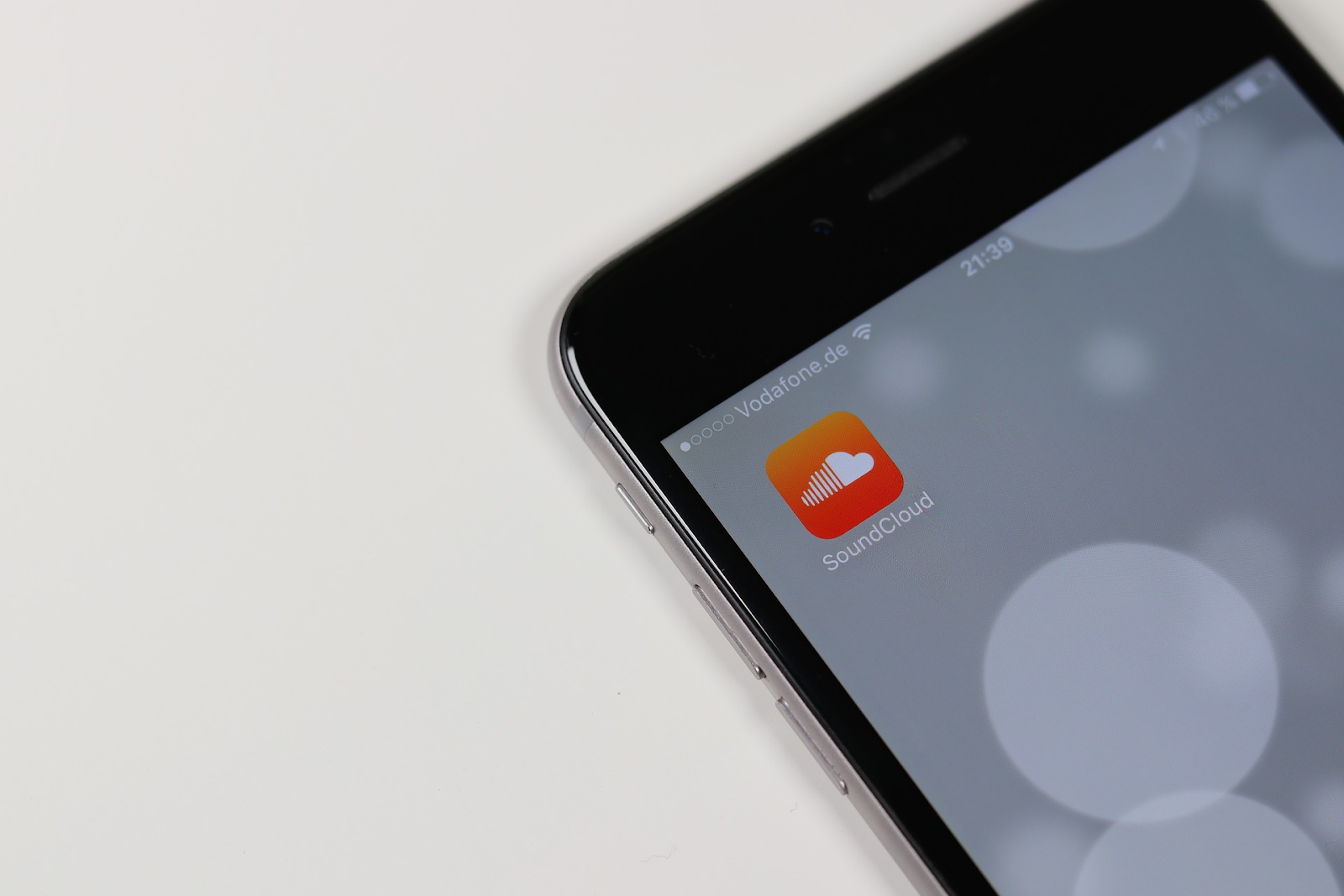 A music platform popular amongst independent musicians, A&R Scouts and producers, SoundCloud has long been *the* place to upload your music to easily and cheaply without any need for distribution, in the process undercutting its rivals Spotify and Apple Music.

But this overlooked platform may be catching up with it’s flashier competitors by announcing this month that it will now also be acting as a distributor! Now, what does this really mean for you and me? Probably not a lot, besides even more music being available for us, and SoundCloud finally paying the artists who are active on the platform the money they rightfully deserve. Now what’s not to love about all that?

Ariana Grande is announced as Manchester Pride’s headliner...there’s only one issue...she’s straight 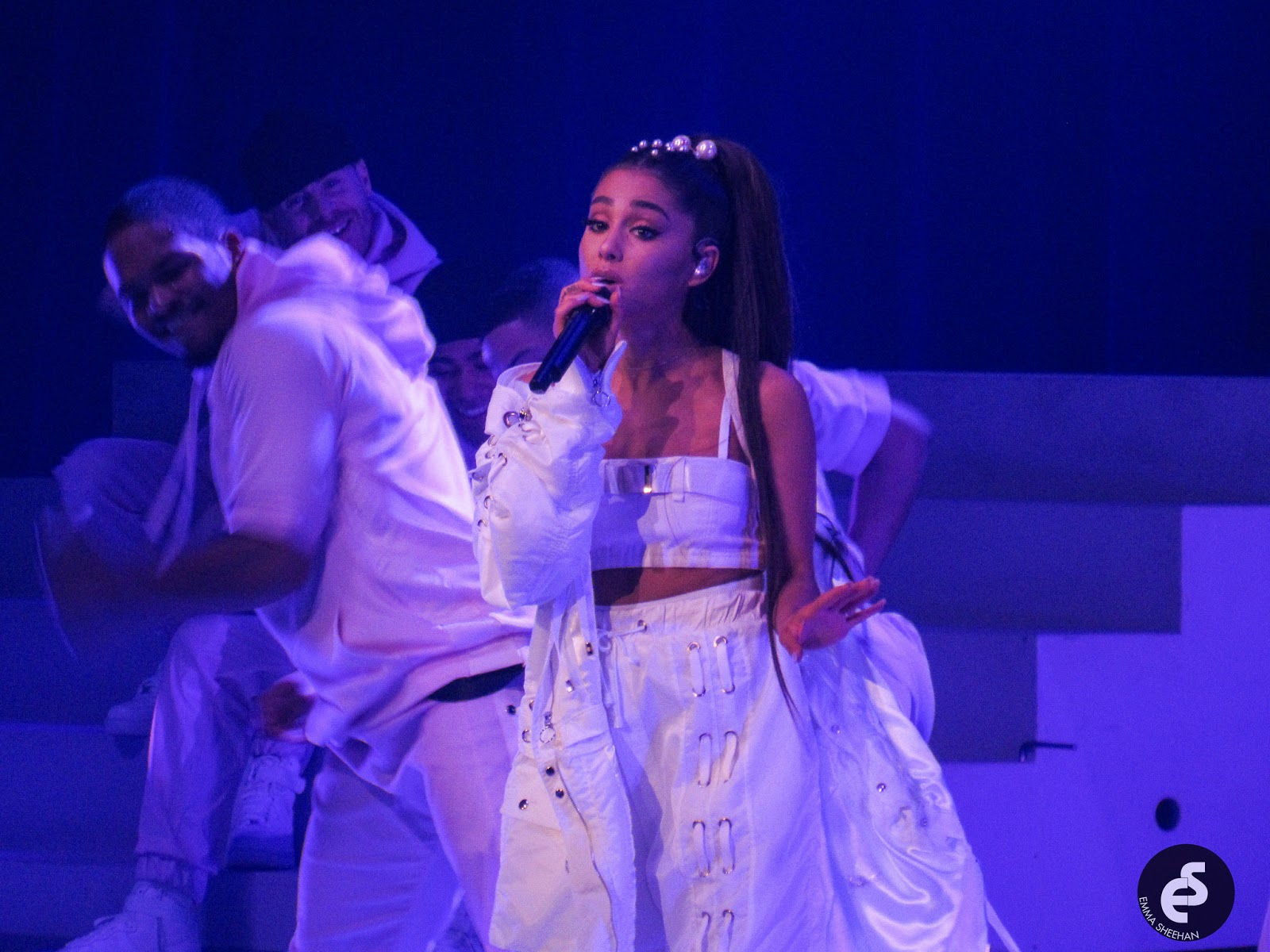 It’s clear to everyone why Grande has been selected by Manchester Pride to headline however, at the same time, a large proportion of the LGBTQ+ community is angry at the £71 ticket price to attend.

Organisers have been accused of turning this vital social demonstration into a music festival, as well as pricing out many LGBTQ+ people from attending an event meant for them in the first place.

To make matters even worse Ariana has been enlisted as a headline act at Coachella this year, a festival owned by one of America’s most infamous homophobes among the LGBTQ+ community. As of yet, she still remains on the line-up despite claiming to be an ally of the community…what happens next in this tale is anyone’s guess but I’ll be keeping my eyes on updates as they unfold.

Radio 1 announce the location of its ‘Big Weekend’ festival and it’s about to hit… Middlesbrough!

This week the amazing team over at Radio One announced the location for its biggest annual event ‘The Big Weekend’. Set to take over the North Yorkshire town from the 25-26 May, world famous names from the likes of Miley Cyrus to The 1975 will be gracing ‘The North’ with their presence.

More big names are set to be announced over the next few weeks too so keep your eyes peeled! 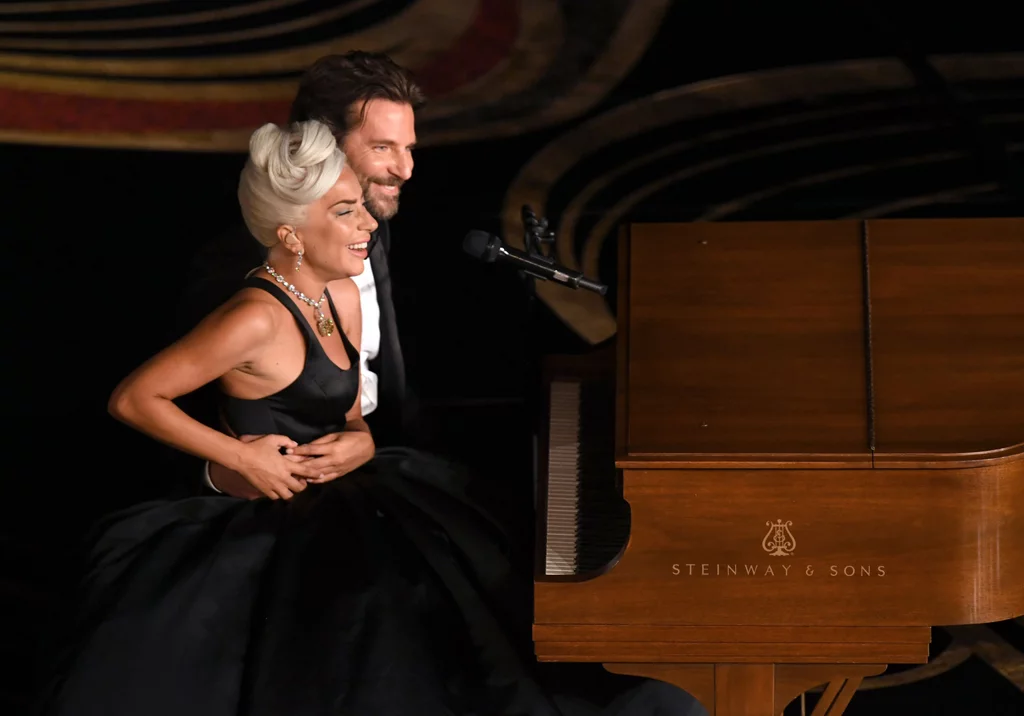 Hot off the success of ‘A Star Is Born’, Gaga has well and truly owned awards season this year becoming the first woman to ever win a BAFTA, Oscar, Golden Globe and Grammy in the same year! If you’ve been sleeping under a rock this month then the full list of her achievements this month are listed below... 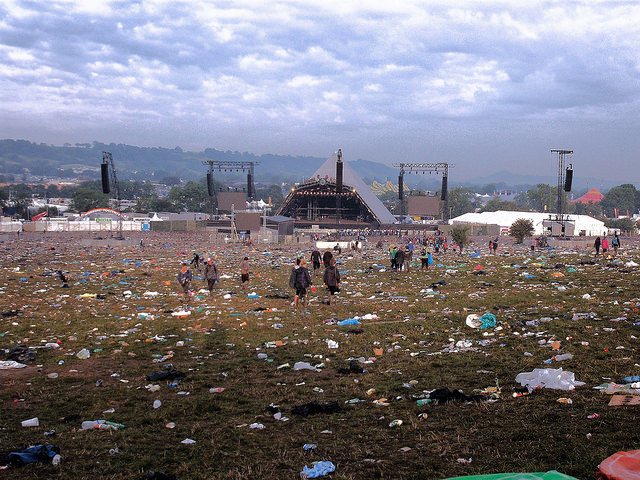 While we were all basking in the glorious summer sunshine last year, Glastonbury’s organisers were all hard at work, even though the festival wasn’t running. They were busy organising 2019’s festival,  announcing Stormzy and Kylie are both performing at the end of last year. The big announcement last month though was that the festival is putting a blanket ban on the use of plastic cups and the sale of plastic bottles in order to cut down its impact on the environment!

HMV went bust, closed half its stores only to open them again 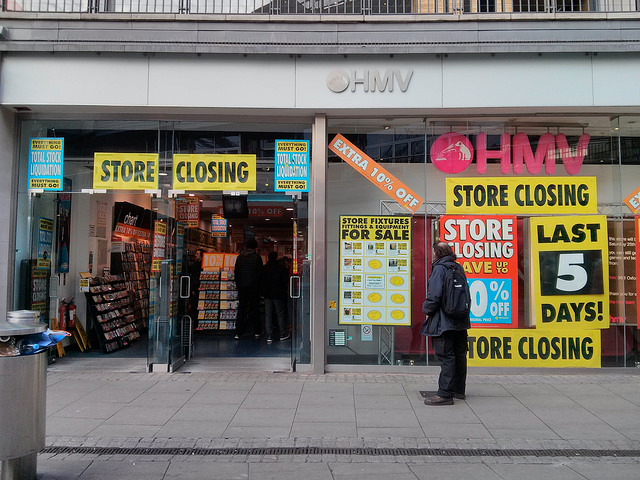 Declining sales and increasing high street rent have been blamed for the UK’s only major music retailer left on our high streets announcing that it was entering administration again earlier this month. At the last minute, a Canadian entrepreneur bought the chain, but has made the decision to close a bucket load of stores, including the flagship Oxford Street store. Queue public outrage, followed by stores slowly re-opening again. Now all is back to ‘normal’ for the chain but only time will tell how long it will last?

Manchester-born, indie band The 1975 have gone from strength to strength this year since the release of their third studio album ‘A Brief Enquiry Into Online Relationships’. After bringing their amazing visuals from their tour to the ceremony they then went on to win ‘Best British Album’ and ‘Best British Group’. With their next single dropping on 1st June, we’ll all have to patiently wait to see what they get up to next. It was also a good night for Calvin Harris, who finally won two awards after being snubbed on 14 previous occasions. 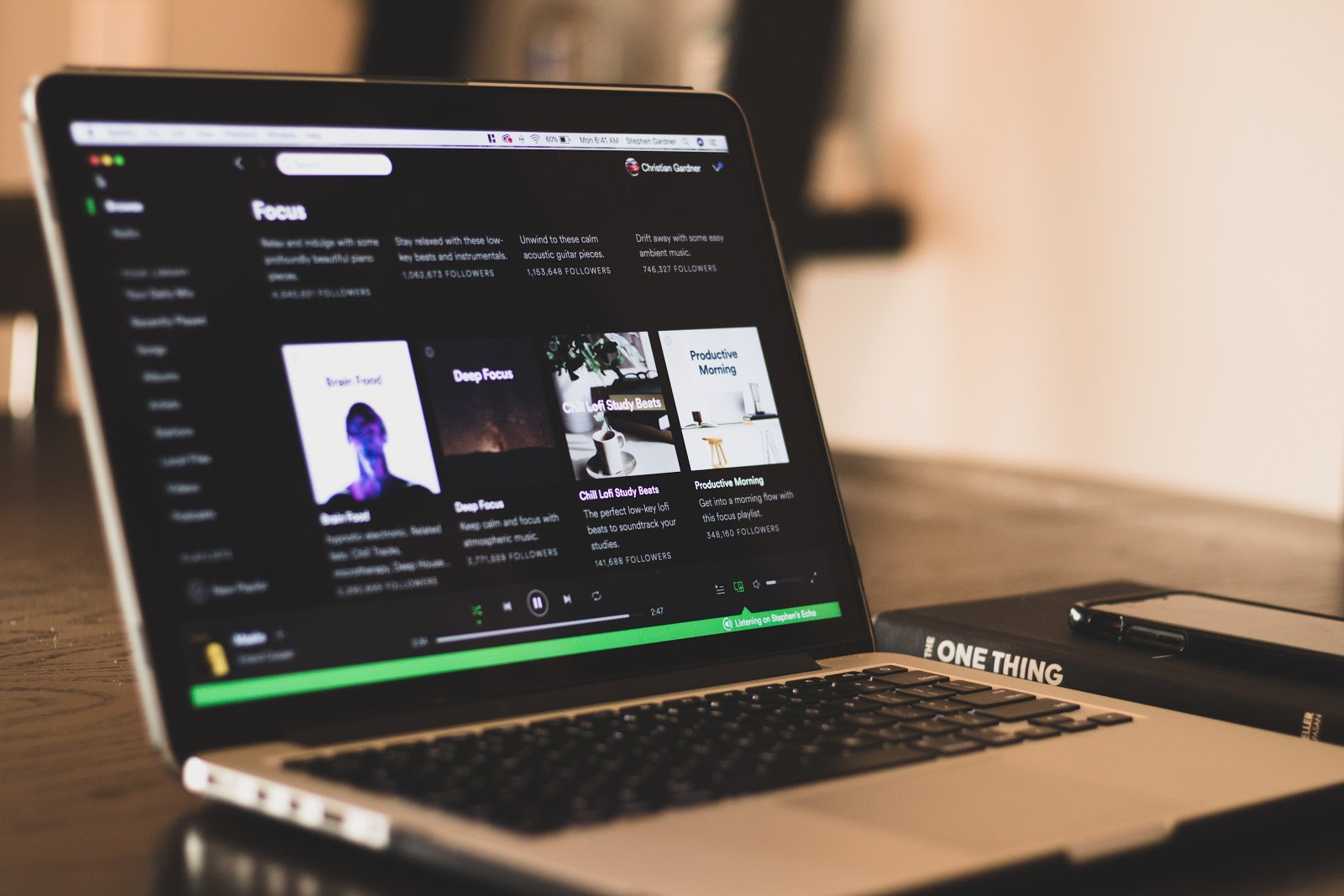 Spotify has grown quite the reputation for continuously losing money every year since it’s creation but finally managed to bring about an abrupt end to this worrying trend. The industry relies on Spotify so heavily now that if it manages to keep this trend up, it could see streaming take an even bigger leap and become more popular than ever!

This being said, Spotify has been splashing out, investing heavily in podcasting technology through the purchase of Gimlet, a podcast producer, and Anchor, a service that allows people to quickly start podcasting.

Photo by sgcreative on Unsplash

Marshmello plays a concert to an audience of 10 million... inside Fortnite? 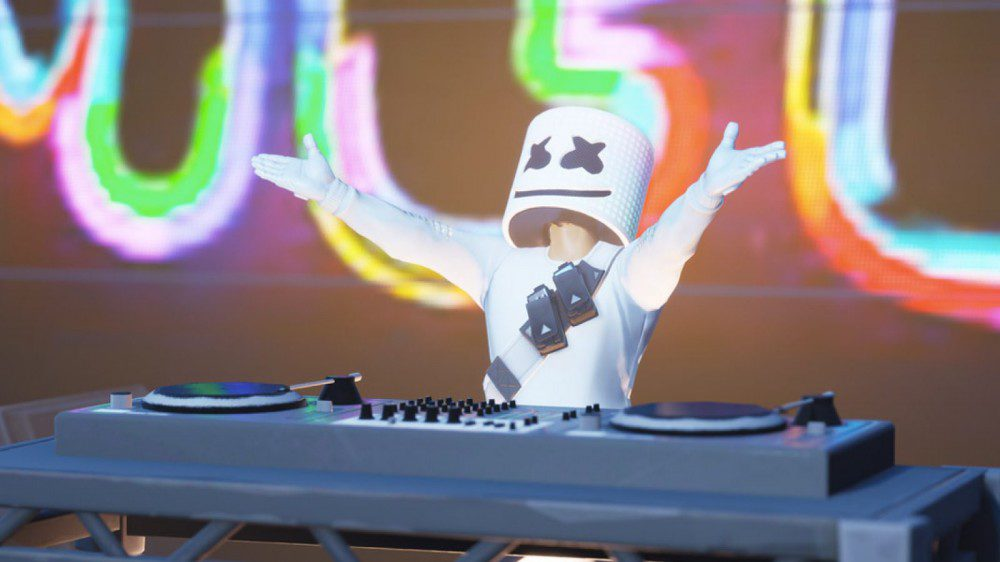 At the start of February Marshmello and Fortnite joined forces and a digital version of Marshmello performed an in-game concert that may be the next big change in live music! Most major artists don’t even have an audience of 10 million on a single tour...let alone a single show! If I were you, I’d keep a watchful eye on what future concerts Fornite has up its sleeve! 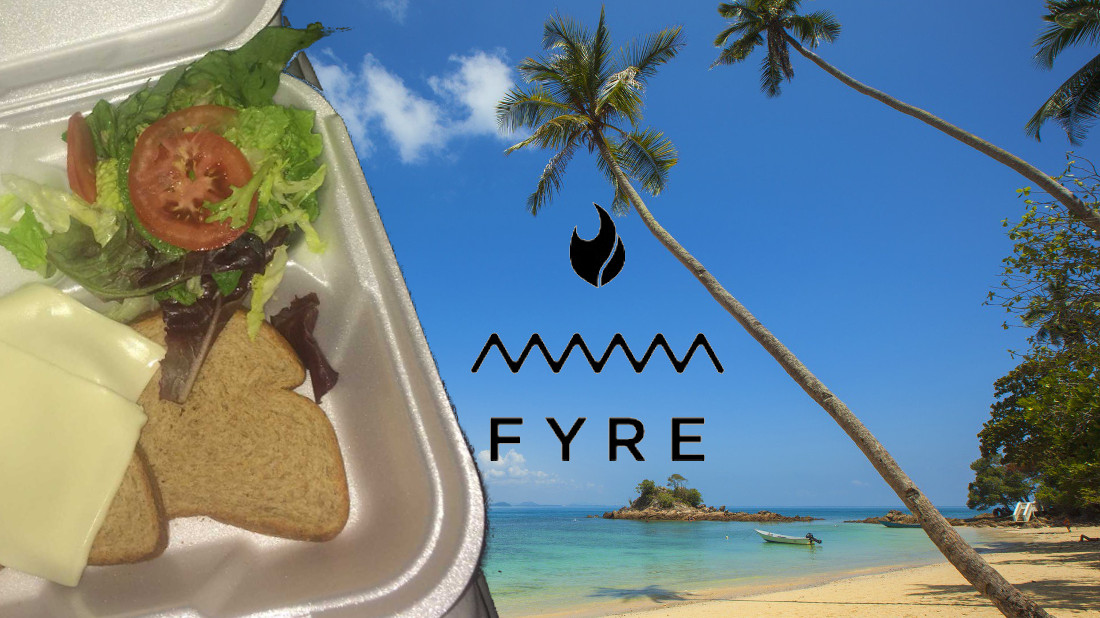 If you haven't sat down to watch the Fyre Fest documentaries on Netflix or Hulu recently then you have at least two night’s of entertainment right there. The luxury festival turned humanitarian crisis as part of the biggest scam of the century, has become infamous for its poor planning and terrible treatment of its employees and guests alike. Now Ja Rule, a co-founder, has announced plans to re-launch the Fyre app and put on Fyre Festival for real...only the real question is if anyone would be crazy enough to buy a ticket?

That’s all for this month, but be sure to check back in a month’s time for a roundup of all the hottest music news from March! 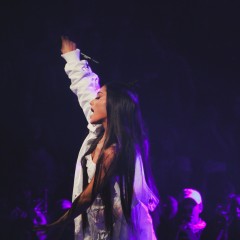 Looking back at music in February

From Spotify profits, to award ceremonies and Pride controversies, we're looking back at some of the biggest stories in music from this February