A pioneering academic study into what impact sustained arts activities has the development of young people between 0 and 25 is underway in Leicester.

In a joint collaboration between Arts Council England and De Montfort University (DMU), Talent25 seeks to assess how activities such as learning music, watching theatre and engaging in visual arts might impact young people.

100 babies and their families from across Leicester are to be recruited every year for the next four years. Researchers for Talent25 will then work with them to create a wider programme that might eventually be rolled out to elsewhere in the UK.

The importance of activities like reading and writing, or going to the cinema or library has long been assumed, but this will be the first time that it will be academically tracked. The project was first announced two years ago, and comes during a time of increased concern over the drop in arts provisions for children in school.

The first step of the project will be to establish which cultural activities attract the most engagement from young children and their families. This will be used to then establish the activity most likely to have an impact on  “future, sustained cultural engagement”. The hope is to discover what does and does not work when looking to encourage children to participate culturally.

“I firmly believe that the creative urge is in all of us from birth, but this has to be cultivated and we, as adults, parents, carers, educators and policymakers, each have a duty to play our role to ensure that young people have equality of opportunity to be involved in artistic and cultural activities such as art, music and dance.”

Darren Henley, the chief executive of ACE, said that every child should have equal access to creative opportunities, and have the ability to realise their potential.

“Talent is everywhere, opportunity is not,” he said. “We hope that Talent25 will help us to better understand what might make a difference to young people’s talent development and cultural engagement.” 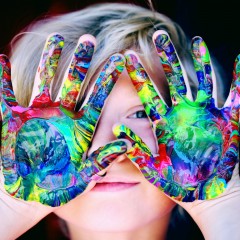