You know the drill by now.

Writing these Well, that happened… posts always leave me in two minds. On the one hand, I enjoy the challenge of looking for news I might have otherwise have missed, and it can be really interesting to look back two weeks ago to when a story first broke and see how it’s developed over time.

Yet, so often the stories start bad and over time seem to get more depressing over time, either because the situation worsens, or, in the case of Brexit, remains completely static - the only thing moving is the number of days before we crash out.

It's not all doom though, as both the West End and UK cinema box offices took record levels last year. Or maybe it was because people were looking for an escape...

Well, this is going great. Since our last update the Brexit vote took place and the deal got absolutely destroyed, in a defeat not seen in the House of Commons since the 1920s. So bad was the defeat (432 - 202) many expected May to resign. No such luck. Jeremy Corbyn briefly woke up to file a motion of no confidence in the government, which could have forced a general election. However, the ERG and DUP, both largely unrepresentative of reality, threw their support behind May, which means the motion lost.

An amendment that caused deep controversy mandated May return to the Commons within 3 days to present her next strategy, and for the most part it is to continue presenting the same deal until it passes. She’s found a new catchphrase too: “The only way to stop a no deal is to pass a deal.” But only if it’s her deal. Brexiteers are scrabbling saying that she must go and renegotiate and remove the Irish backstop, which the EU have bluntly said will not be happening. Yet, for some reason, people still believe it’s going to happen.

More recently, a bill has been submitted by Yvette Cooper trying to rule a no deal Brexit out, which has annoyed Brexiteers who believe a no deal is a great negotiating tactic, even though the negotiations ended three months ago… Jacob Rees-Mogg actually proposed closing Parliament (technically called prorogation) to kill the bill. If ever there was an affront to democracy, I think it is closing down Parliament to prevent it voting on bills you disagree with.

Elsewhere in Brexit-sphere, ardent Brexiteer James Dyson has announced that - for entirely non-Brexit related reasons - the company will be moving to Singapore to be “future proof”. Jonathan Freedland wrote an great piece in The Guardian detailing the growing hypocrisy of Brexit champions.

The saga will no doubt continue...

US Government is still in shutdown

The US Government at time of writing is shut down. It’s officially now the longest shutdown in US history, and the third during Trump’s administration. Things have been getting increasingly desperate for US government workers who have been furloughed or are working without pay. GoFundMe pages have been set up, and communities are helping with donations, but workers are still reportedly having to sell possessions just to afford to live.

The war between the President and Democrats shows no signs of slowing. The newly sworn in Democrat controlled House have passed a number of bills that would reopen the government, but the Republican Senate have refused to vote on them as they are standing with the President.

The President announced that in return for funding his wall, he would give temporary protection to Dreamers, who are children of undocumented migrants. He had previously pushed to scrap Deferred Action for Childhood Arrivals (DACA), which gave them protected status, and resulted in a lawsuit against the Government. However, the Supreme Court scuppered his negotiating position slightly by delaying a ruling on the lawsuit, taking pressure off the Democrats to stand down. Not that they planned to, as they ruled out the offer before Trump had even officially made it.

The Supreme Court has however upheld a ban on transgender people from serving in the military. The Government were originally forced to drop the ban after a federal court ruling, but then Trump tweeted that he would be banning transgender people from serving again. The Supreme Court vote was 5-4 along liberal/conservative lines.

Award season continues and the biggest of them all has announced their nominations. For the first time ever, a superhero film (Black Panther) has received a nomination for Best Picture. In fact, it received seven! It’s also shaping up to be a promising night for The Favourite, which shares top spot alongside Roma with 10 nominations each. A Star is Born and Vice also make strong showings with eight nominations, and BlacKkKlansman has six. Quite what Solo: A Star Wars Story is doing in Best Visual Effects over a film like Aquaman is a mystery, however.

The Oscars are by far the largest, and generally most likely to create controversy. That is still the case for 2019. It started with ex-host Kevin Hart having to step down as a result of historic homophobic tweets, made worse by his refusal to properly apologise and a bizarre appearance of Ellen DeGeneres. The nominations, on the whole, have most people pleased, but the Best Director category is all male, so the Academy still has some work to do to improve representation.

2018 proved to be a successful year for the British box office as it attracted 177m visits – the best since 1970! It’s not surprising, with hits like Black Panther, Infinity Wars, Incredibles 2 Mamma Mia! Here we go again, and The Greatest Showman all coming to the silver screen. 1970 was a similarly impressive, when 193m admissions were recorded for hits like Airport and M*A*S*H*

The news will be both welcomed and validation by the industry, who have in recent years had to see off the rising threat from streaming services like Netflix and Amazon.

It was a great year for the West End too…

It would seem 2018 was a great year for entertainment generally, with West End theatres taking £766m, an year-on-year increase of 8.6%. Audiences for West End theatres hit record levels of 15.5m, up 3%. The growth in musicals like the hit sensation Hamilton was instrumental in that increase, with revenue from the genre increasing 15.4%, while attendance for West End plays dropped by 6.5%. 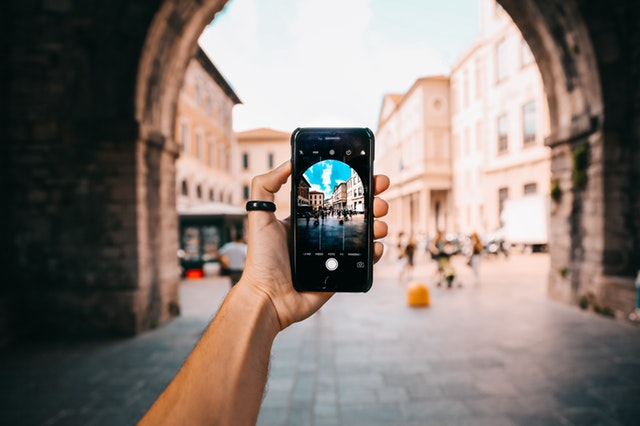 Apple this week launched a new contest asking for iPhone XS, XR and XS Max users to submit their best pictures, and the company would then choose the best 10 to feature on “on billboards in select cities, Apple retail stores and online,” as part of a new marketing drive. However, the terms and conditions of the competition stated that by entering, you granted Apple a royalty-free, worldwide license to use the photograph however they saw fit for a year, and that “any photograph reproduced will include a photographer credit in a format to be decided by Apple in its sole discretion.”

Given how much Apple is worth, people were rightly annoyed that the company was asking for free marketing shots in return for exposure - a common issue in the creative sector. The backlash was such that Apple, two days later, changed the competition announcement and terms of service to list that the 10 winners will be paid a licensing fee. No details have been released as to how much that fee is, but it is certainly better than not paying at all! 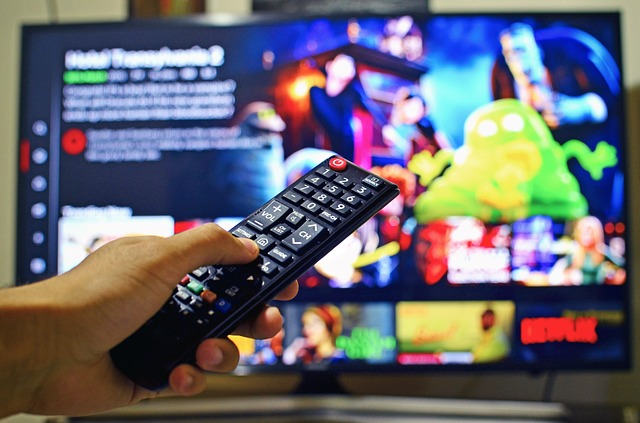 This is actually a couple of weeks old, so I hold my hands up to missing it, but the BBC are opening public consultation over dramatic changes to iPlayer in a move to “continue to deliver value for money to licence fee payers”. The proposals will see iPlayer keep on-demand and catch up content on the service for 12 months instead of 30 days, and will also host a lot more content from the BBC Archives. Some shows are already available for on-demand viewing, such as Luther and Doctor Who, but the proposals will see the content selecting increase significantly.

The proposal shows that the BBC are truly considering how viewing habits and behaviours are shifting, and are trying to consider how best to serve this audience in the future.

Gillette made an advert that upset men

Gillette made a new advert asking men to be the best that they can be, and a small subsection of men answered that call by throwing their toys out of the pram. The advert, depicting men intervening to break up fights and calling their friends out for catcalling, is one of a number of ‘woke’ adverts being released by companies who want to be seen to care about current movements. Some might argue Gillette’s advert is cynical, considering they are owned by Procter & Gamble, who donate large sums of money to the Republican Party, but the message that men are great but could be better should have offended no-one. Instead, some saw it as male bashing, and vowed to boycott their products.

To be honest, if you’re that offended by an advert, I think you’re already failing to meet the stereotypical conception of masculinity. 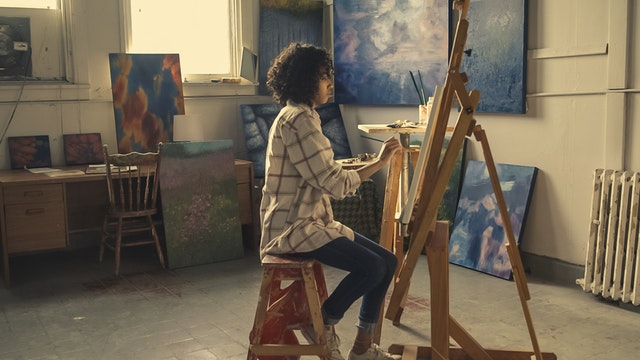 A long awaited report into the livelihoods of visual artists has found that just one third of the money artists earn each year comes from their artwork. 68% of artists have said they needed to take on additional jobs to make ends meet. Artists on average earn £16,150 each year, but only £6,020 comes from their practice. However, two-thirds earn less than £5k from their art, and only 7% make more than £20k.

The report also found evidence of a “significant” gender pay gap, and the difference of income different mediums attract. 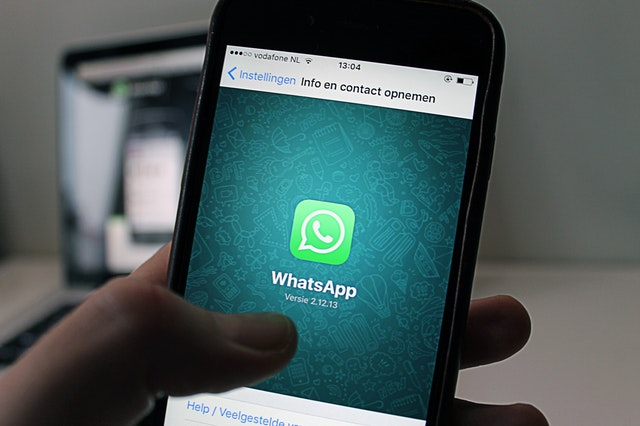 As I wrote in my 2018 news roundup, it was an atrocious year for Facebook. The company had multiple controversies and data breaches, and it is probably fair to say that good will is now at an all time low. So, the move to more overtly associate the core Facebook brand to its less tainted brands - Instagram and Whatsapp - is a curious one. A report by The New York Times states that Zuckerberg has ordered a complete rewrite of the underlying architecture of the three platforms so that users of one platform will be able to seamlessly message someone on another. The report also states that these messages will be end-to-end encrypted, to provide additional privacy.

On the subject of privacy though, it is likely that the announcement will have some users concerned. While Facebook requires you to hand over a lot of personal data, it is currently the case that you can use Whatsapp with just a mobile number. Whether this will change in the future, or if your number will then be linked to a Facebook account, is yet to be announced.

No timeline has yet been announced, but the project is expected to be complete by the end of 2019 or beginning of 2020. 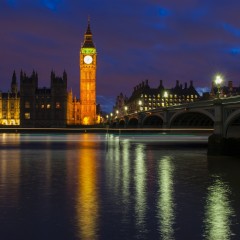 You know the drill by now.