Theresa May suffered a devastating defeat on Tuesday when MP’s overwhelmingly voted against her Brexit deal.

Originally scheduled for mid-December, the vote finally took place on 15 January, where MPs shot the proposal down by 432 to 202. The defeat of 230 was the largest seen by a government since the 1920s.

Speaking immediately after the vote, Theresa May invited the opposition to table a vote of no confidence, saying she would fight any attempt to bring down the government.

“The house has spoken and the government will listen,” she said. “It is clear that the house does not support this deal, but tonight’s vote tells us nothing about what it does support.”

Jeremy Corbyn, backed by other opposition leaders, tabled a formal motion of confidence in the government - a requirement under the The Fixed-term Parliaments Act 2011. It is the only way to force a general election.

EU leaders released statements throughout the night saying they were saddened by the vote, but the deal will not be substantially changed.

Theresa May has not immediately returned to Brussels, instead saying she wanted to find out what would be acceptable to MP’s before heading over. However, reports are currently breaking saying that May’s cross-party talks have excluded Jeremy Corbyn.

This outcome was inevitable, given the Government’s appalling approach to negotiation. Article 50 was triggered before anybody knew what they wanted, and as much time was spent with political infighting as trying to navigate the political maelstrom of one of the most divisive votes in UK history.

Trapped by divisions in her own party, May’s deal was always destined to be dead on arrival. She drew too many red lines at the beginning of the negotiating period, and David Davis was next to useless. Making the debate about immigration and border control was always a distraction from the real problem this country faced, chronic underfunding. Placing that dogmatic desire to reduce immigration at the centre of negotiations was always going to put Britain at odds with the European leaders, who will always place the unity of political institution over resolving our domestic political drama.

Such a humiliating defeat in Parliament would usually be cause for a prime minister to resign at the least, and more likely the collapse of the government. However, these are not normal times, and May appears set to dig in more. She has lost control of the House, lost all credibility, and is refusing to entertain the idea of removing red lines or extending Article 50 - all signs that this government is paralysed.

Despite this, though, I very much doubt that she will lose the no confidence vote today. With the ERG and DUP vowing to back May, it is hard to see how Labour will produce the numbers to win. Even if they do win a VONC, it is far from guaranteed that Labour would win an election, and anything other than a decisive win for a party will leave us in the same situation as before.

If, and probably when Labour lose this motion, they must immediately divert all attention to securing a second referendum. Or, as Tusk said, they should have the bravery to say that remaining in the EU is the only viable option. 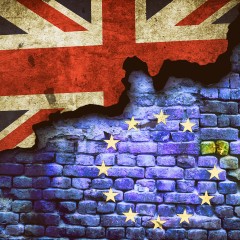