Start as you mean to go on…

A belated happy new year! Welcome to 2019 where, on the whole, things continue exactly the same as 2018.

Brexit marches ever closer, Trump continues to demand the unnecessary to the detriment of hundreds of thousands of people, and award season has begun in earnest with all the surprise and drama you would come to expect. The more things change, the more they stay the same. Or at least that's how the saying goes...

Maybe you have made some resolutions to make a difference in the world. Maybe this will be the year you kick plastic to the curb. Or perhaps you're going to reduce your palm oil intake, or plan to abandon meat consumption. Maybe you'll get involved in local activism or campaigning to improve the society we live in. Whatever it is, we want to hear how you hope to change the world in 2019!

Government award £13.8m to a ferry company with no boats

After 2018 I really didn’t think that anything would shock me when it comes to the Government’s handling of our national implosion, but you can always rely on Transport Secretary Chris Grayling to pull off the impossible. His latest display of astounding ineptitude comes from the news that, in preparation for a no-deal Brexit, the Government have allocated £108m to three ferry companies so there is less disruption to trade. The fact that two of these companies are french and dutch would be reason alone to laugh, but it’s the third company that has really riled people up.

It turns out that the third company, Seaborne Freight, has only recently been set up and doesn’t even own a boat. To add further fuel to the flames, the company website seems to have been hastily thrown together with broken assets, and a terms and conditions page ripped directly from a pizza delivery service. I’m sure these are just minor oversights…

Brexit deal vote has a date…

...And it is 15 January. You may recall the vote was due to happen at the end of 2018, but Theresa May pulled it after it became apparent that she wasn’t going to win. She then did an embarrassing trip to EU leaders to try and seek further assurances, and came back with exactly the same deal.

Reports indicate that even more MP’s oppose the deal than before, and in the last few days the Government lost a series of votes - indicating that May no longer has control of the commons. The first saw 20 Tory MP’s revolt against the Government to vote for a joint amendment tabled by Labour’s Yvette Cooper and Conservative Nicky Morgan that restricts the ability for ministers to change taxes related to Brexit without Parliamentary consent.

The second defeat came the next day, when Speaker John Bercow made the controversial decision to allow an amendment be submitted that required the Government to come back to Parliament within three days with new proposals should the deal be voted down next Tuesday. The Government originally expected to have 21 days to come up with a new plan if the deal was voted down. Labour have already said they will issue a vote of no confidence in the Government should the deal be voted down. What happens from there is really anyone’s guess at the minute…

US Government in shutdown over border wall funding

Threatening to become the longest US Government shutdown in history, Trump and the new Democrat controlled House continue to clash over funding for his flagship policy: the border wall with Mexico.

800,000 Government policies are currently at home or working without pay, and will continue to do so until a new budget is agreed. However, Trump has said that the shutdown could go on for months, or even years, even though polling suggests that Americans hold him responsible for the ongoing problems.

Trump is currently threatening to use his powers as President to declare a national emergency to circumvent Congress and get the army to build the wall, despite advice from legal scholars saying it’s probably beyond his remit. He also stated that he wasn’t being literal when he repeatedly said that Mexico would pay for the wall.

Another example of how our pasts can come back to haunt us, Kevin Hart has pulled out of hosting the Oscars after homophobic tweets he posted 10 years ago resurfaced. The controversy became more heated when he appeared on the Ellen Degeneres Show, where the eponymous host sought to forgive him on behalf of the LGBTQ+ community. The issue was that some in the community didn’t feel that Ellen was a spokesperson for them, and Hart still hadn’t officially apologised.

Appearing on The Late Show, Hart announced that he “was over it”, meaning he had nothing more to say on the matter and was done apologising - not that he had.

The Academy Award ceremony is on 25 February, and will now be hostless.

And you would be forgiven for thinking that the world was ending.

The plant based product was designed to mimic the bakery’s classic sausage roll, but with a bespoke Quorn filling instead. Launched in 900 stores, the response was immediate. The stores that had them were instantly selling out, and the 900 that didn’t were faced with angry backlash. Greggs have since announced that it is the fastest product launch they have seen in six years. They will work to ramp up production, prioritising stores that already stocked them, before rolling it out to other stores across the country.

China lands on the far side of the moon

China has become the first country to successfully land a robotic spacecraft on the far side of the moon. The Chang’e-4 probe landed at 02:26 on 3 January, and is carrying instruments to conduct biological experiments and analyse the regions geology. Onboard are six live specimens that will be used to try and crease a biosphere.

The probe is aiming to explore the Von Kármán crater, which is within an even larger crater known as the South Pole-Aitken Basin. The impact crater is one of the largest in the solar system, and is 13 km deep. Whatever event caused the impact creator was so powerful it managed to punch all the way through the Moon’s crust to the mantle, which is what the probe will look to explore.

This is part of a larger move by China to become a major space power alongside the USA and Russia, and intends to send humans to the moon, and launch its own space station by 2022.

Award season kicked off last Sunday with the Golden Globes and it was a good night for British talent. Christian Bale was recognised for his portrayal of Dick Cheney in Vice, while Olivia Colman won Best Actress for her performance as Queen Anne in The Favourite. Speaking of favourites, A Star is Born picked up just one award for Best Song, while Lady Gaga was snubbed in favour of Glenn Close for Best Actress.

The other shock came in the two wins for Bohemian Rhapsody, which walked away with Best Film and Best Actor for Rami Malek’s portrayal of lead singer Freddie Mercury. Source: Voice

Michelle Obama’s memoir was most valuable book of 2018

Michelle Obama’s memoir Becoming ended 2018 at the top of bestseller charts, and raked in £7.7m in sales according the The Bookseller. The book covers her experiences from childhood, all the way through to her time in the White House, as well as her work and motherhood.

While the book the best-selling book of the year, the fact sales were incredibly strong without the usual deep discounts applied by stores like Amazon and Waterstones meant it was the most valuable book of the year. It certainly impressed Jack, Voice’s assistant editor, who placed it in his top 10 books of 2018.

A new documentary aired exploring decades of sexual abuse allegations against R Kelly aired in the US last sunday. A number of stars initially refused to feature in the documentary, including Jay-Z, Celine Dion, Dave Chappelle and Lady Gaga. The only star to feature was John Legend, who said the decision to participate was easy. "It didn't feel risky at all," tweeted Legend. "I believe these women."

However, since the documentary aired, Lady Gaga has come and apologised for her collaboration with Kelly in 2013, and vowed to pull the duet, ‘Do What U Want (With My Body) from streaming services. Kerry Washington, Jada Pinkett Smith, 6lack and Meek Mill have also criticised the musician.

The documentary has also prompted fresh investigations into R Kelly in Chicago and Atlanta. 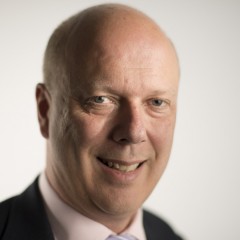 Start as you mean to go on…