Is Brit Pop the cause of Brexit, Glastonbury’s first headline announcement, and Christmas music is here!

Music speaks to us all in different ways, but could it influence a major referendum vote almost thirty years on? Possibly, and it’s apparent that time doesn’t dull the interest people have in music considering the massive turnout for the new Queen biopic, ranking in as the second highest grossing of all time. With one of the biggest artists of this decade effectively using her influence to make major record company UMG revolutionise their policies and bring money to her fellow artists, this truly is an interesting time in music. 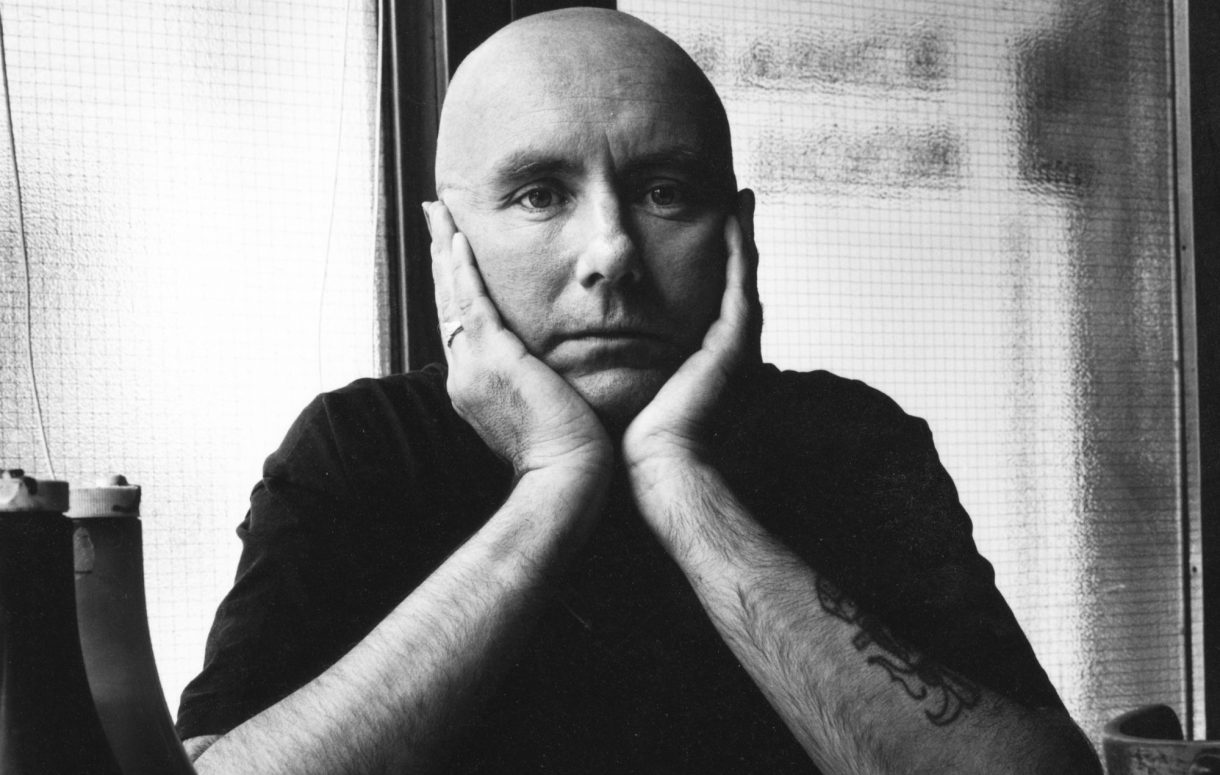 Trainspotting writer, Irvine Welsh has unveiled his plans to release an acid house album with “swirling effects and noises and boomy basslines”. His motive, as explained to the ScottishSun is to counterblast the “joyless music” made by musicians within the Dance genre, who do not dance. Adding to the already unorthodox genre he will be delving into, he has ensured he will fulfill his tracks with German accented guest vocals.

Welsh was heavily publicised last year when describing the Britpop era as “selling off British youth culture to the globalised market”. This was in relation to New Labour’s adoption of the era and culture associated, with him explaining how he “despised” the former party leader, Tony Blair. 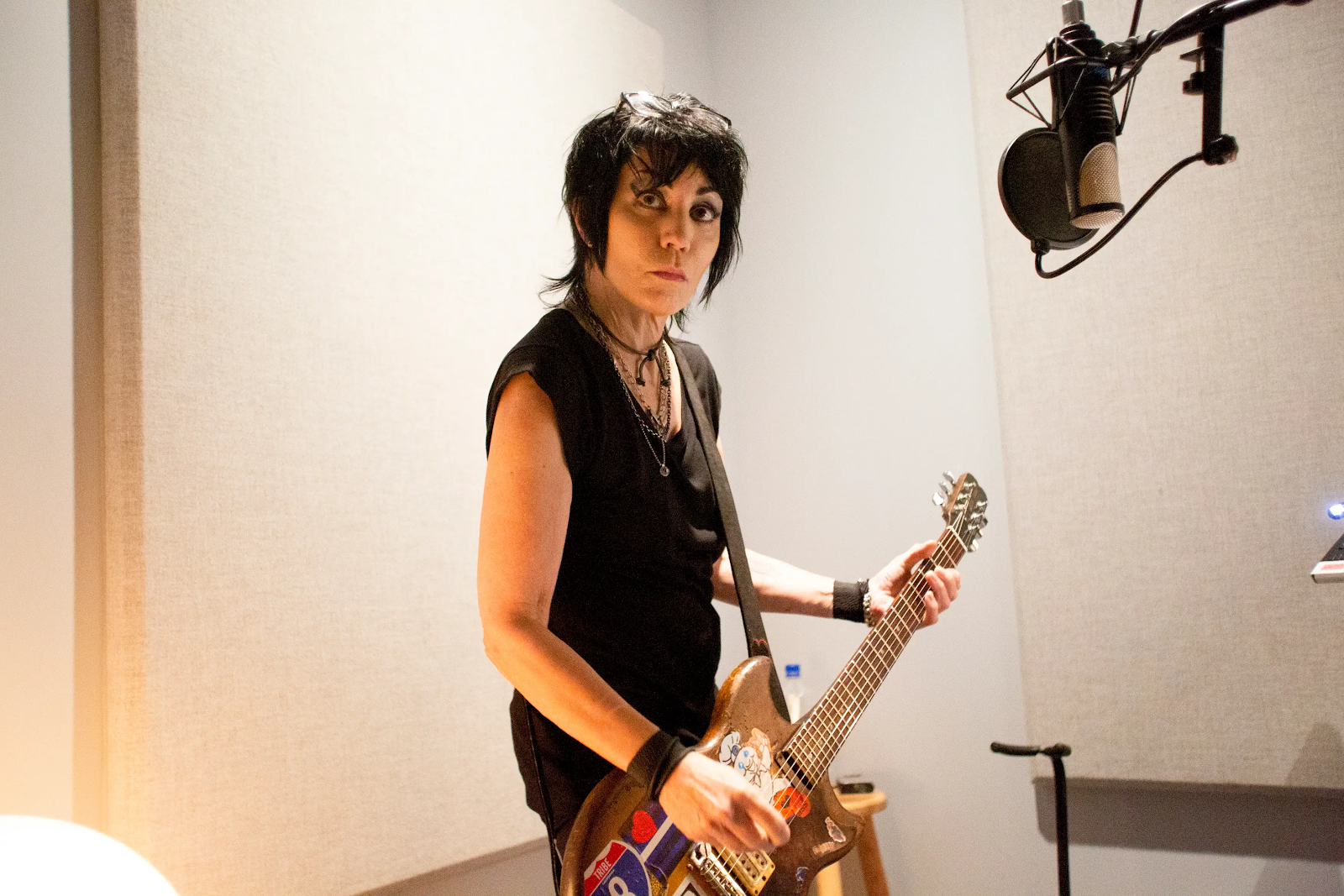 Spotify have now added to their hit playlist ‘ Spotify Singles: Christmas Collection’ with fifteen renditions by artists ranging from the classical jazz voices of Tony Bennett and Diana Krall to the guitar twangs of Joan Jett and The Blackhearts. It is clear that with the diverse selection of singles, Spotify have done their best to appeal to music fans of all persuasions. Considering the success of last years set it should go down a treat, unless Spotify listeners have adopted a new grinch attitude to this time of the year.

There was some collaboration featured in the singles, such as Jon Batiste and Danielle Brooks’ (Taystee in Orange Is The New Black) teaming on ‘Have Yourself A Merry Little Christmas’. Another notable contribution would be American rapper DMX’s ‘Rudolph The Red Nosed Reindeer’, as well as London based indie rockers Wolf Alice granting listeners their version of ‘Santa Baby’.

Queen music biopic grosses as the second-highest of all time 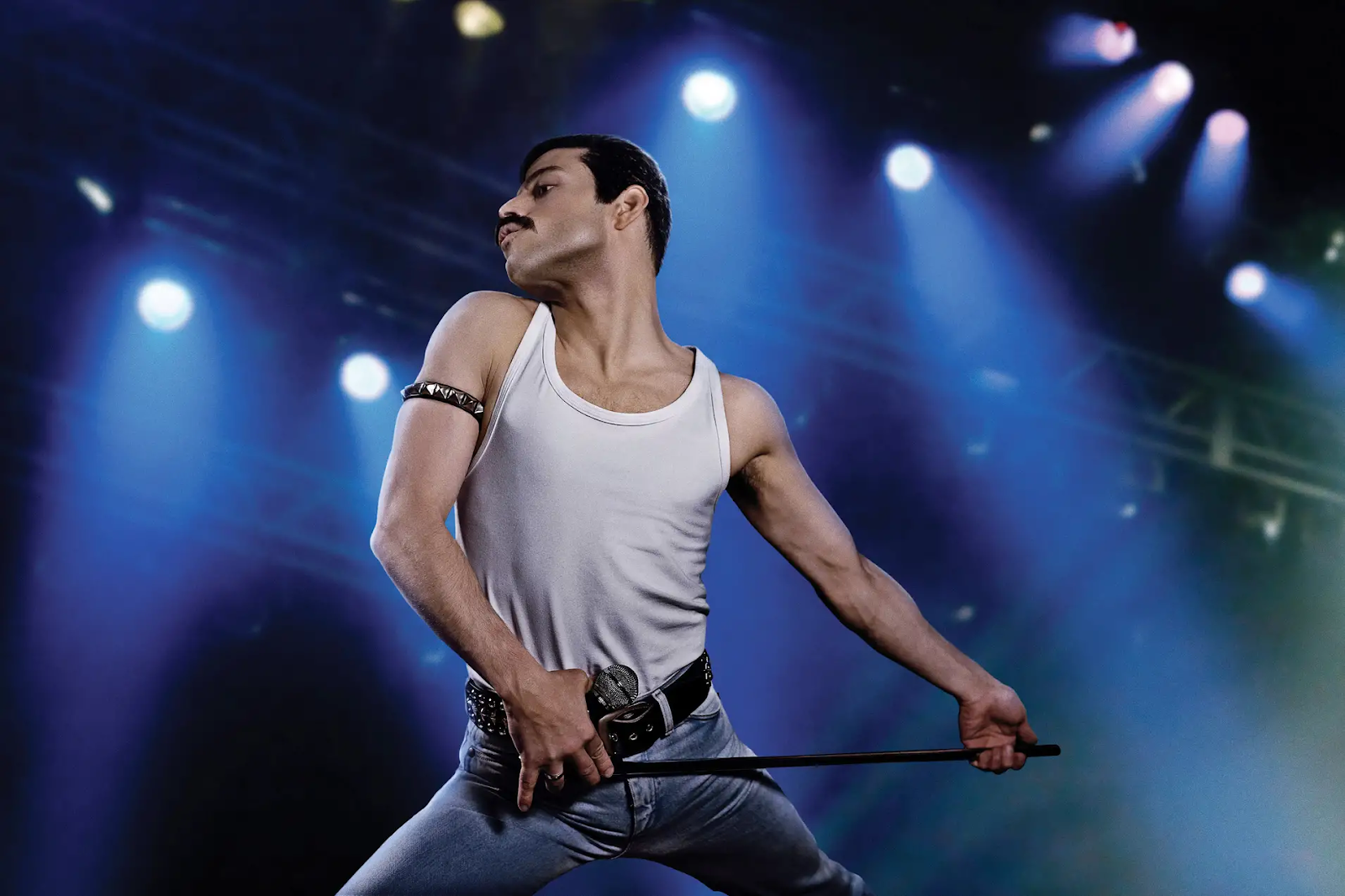 “I always knew I was a star and now, the rest of the world seems to agree with me”  - Freddie Mercury

The Queen biopic ‘Bohemian Rhapsody’ has been a hit success, launching as the second highest of all time, just behind ‘Straight Outta Compton’ – the biopic of 90’s rap group NWA, that made a total domestic gross of over $161 million. Surpassing country singer, Johnny Cash’s ‘Walk The Line’, Bohemian Rhapsody earned an additional $15 million in its third week of release. Rolling Stone commented that the success has illustrated “the bands global legacy”.

Overseas it has generated $256 million which equates to 66% of its worldwide gross. This also means that it’s total box office stands as $384 million. Despite strong audience figures, the film sits third in the box office charts behind both ‘Fantastic Beasts: The Crimes of Grindelwald’ and ‘The Grinch’. With the band’s formation nearly 50 years ago, it is clear their influence on Rock N Roll is something people from around the globe are still keen to explore. 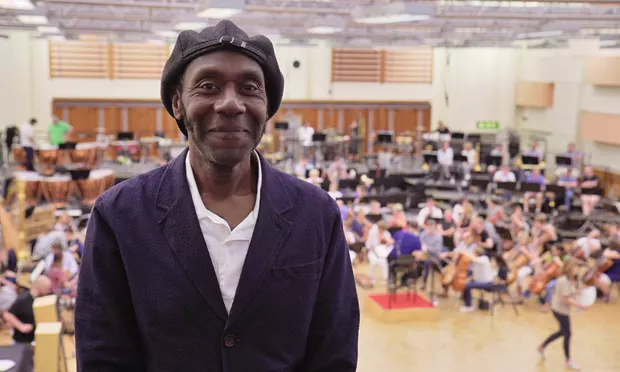 In a recent article in the Guardian, TV personality Lenny Henry invites us to hear about the passionate career of the black classical music composer, Samuel Coleridge-Taylor.

Coleridge-Taylor was raised in Croydon, and entered into the Royal College of Music as a violinist scholar after his family collectively paid his tuition. His focus soon moved to music composition and he worked under the guidance of composer and conductor Charles Villiers Stanford. Henry salutes the composer for his resilience after enduring racial abuse at school, including a suspected case of his hair even being set on fire. He talks of how he was “blown away” by the dynamic boldness of the compositions, despite ostracisation by many of his peers.

Samuel’s best known work ‘Hiawatha’s Wedding Feast’, part of the cantata trilogy ‘The Song of Hiawatha’, premiered in 1898 to huge acclaim. So much so that every fortnight in June for 30 years at the Royal Albert Hall, a semi- staged version with the other two parts was performed. “Hiawatha Season” named after his conductor son, became part of the national culture.

Obituary to Jazz musician Roy Hargrove, once dubbed the hottest in the world 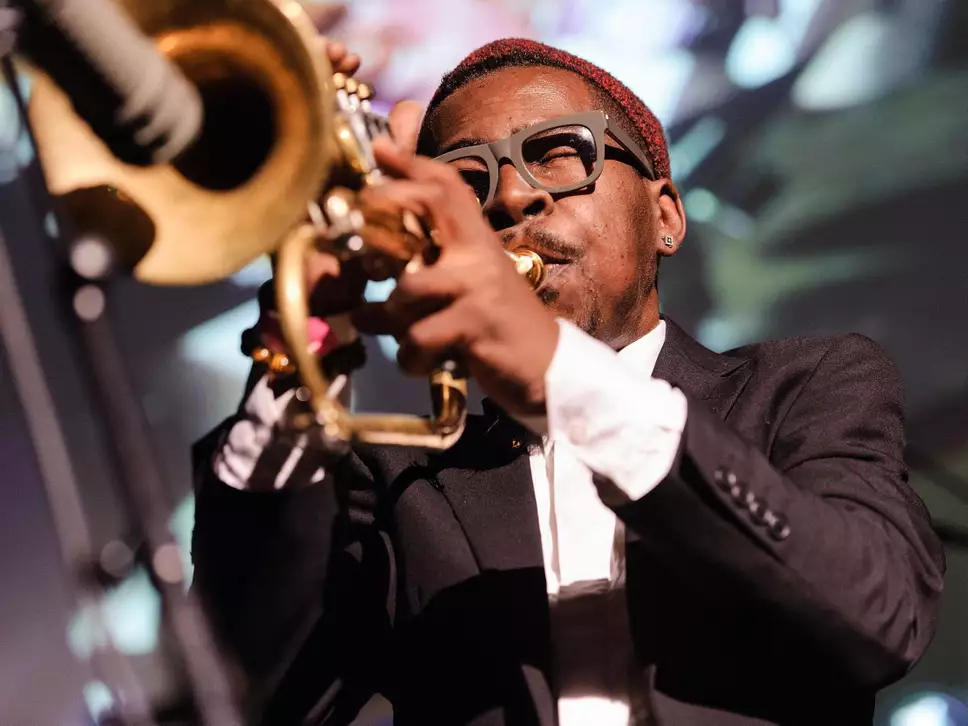 Genre shifting, Grammy Award winner Roy Hargrove died on 2 November from kidney disease, in New York. But with many of his 30 released albums being acclaimed as among the finest jazz recordings of all time, and having three working bands until his death, his versatile and soulful work will live on.

Hargrove was a fully formed talent by his teens, and followed with a debut album at 20. At 21, Roy performed with Sonny Rollins (a man who had worked alongside one of Roy’s idols; Clifford Brown) at Carnegie Hall, New York. Hargrove’s improvisational capacities and tenderness of his trumpeting resulted in New York Times Critic, Peter Watrous praising him as “one of jazz’s finest improvisers”.

Subsequently by the time 1994 approached, Hargrove weighed in frequently at the top of critics’ and readers’ polls in jazz magazines. His recording that year entitled, With the Tenors of Our Time, featuring him with master saxophonists such as Joe Henderson, sold over 100,00 copies. This stood as an extraordinary sale for a mainstream jazz album.

His hypnotic Cuban-flavoured jazz awarded him with a Grammy in 1997, whilst he continued to branch out into elements of rhythm and blues, soul, gospel and hip- hop. 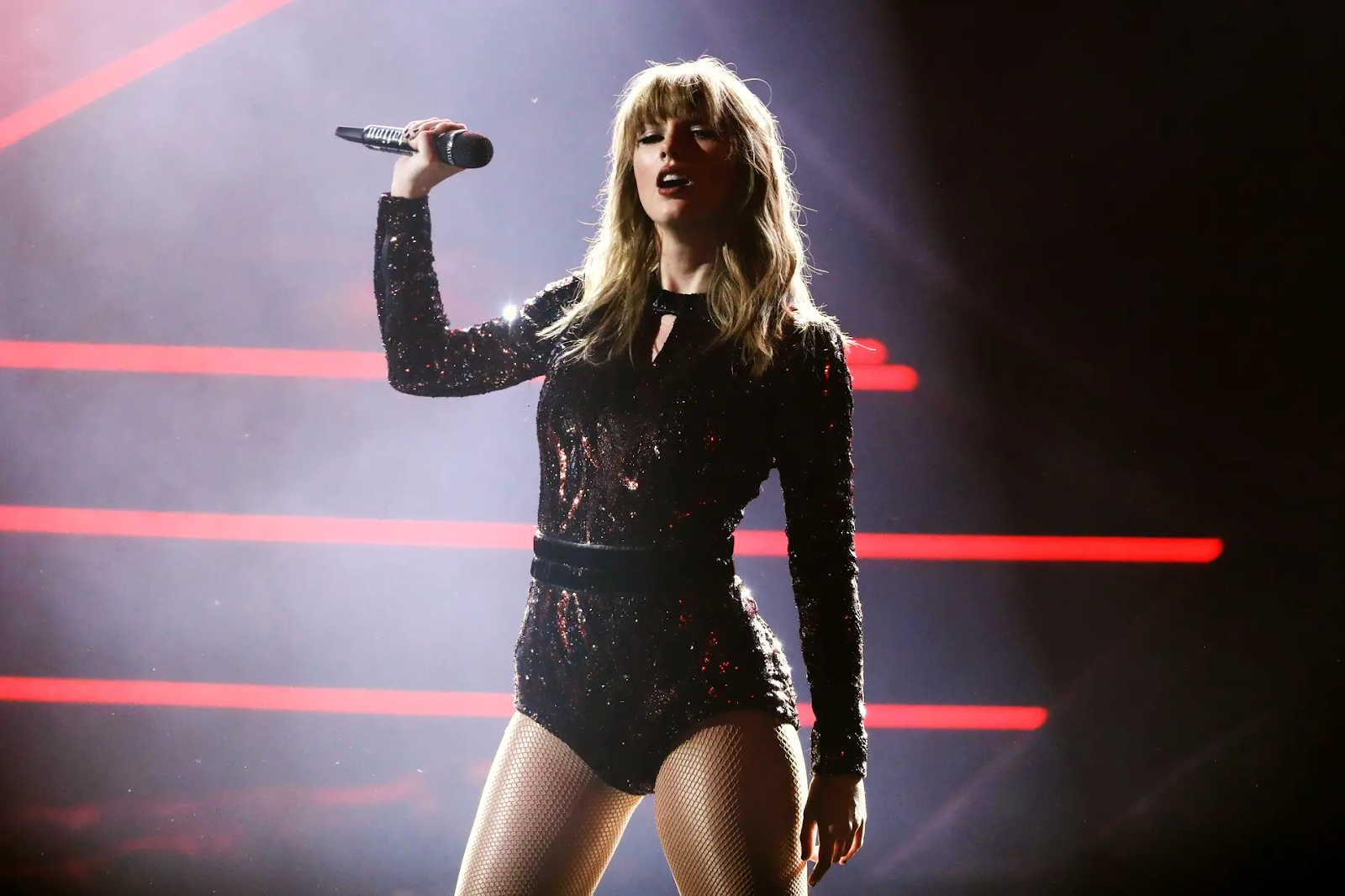 Look what you made her do.

After saying her farewells to her previous label home of the past 12 years, Nashville's Big Machine, Swift announced on the 19th of this month that she has signed a new global recordings deal with Universal Music Group. However, the singer has insisted that as part of her new contract “any sale of [Universal’s] Spotify shares result in a distribution of money to their artists, non-recoupable”. Sony had already made a similar move back in June.

Commonly when an artist is signed, they are paid an advance check – understood like a bank loan – that they have to pay off using the sales from the record(s) - hopefully! However, around 19 out of 20 artists never ‘recoup’, and so never face the benefits of any royalties.

Universal holds a 3.5% stake of Spotify (equivalent to anywhere between $800 million to $900 million) and is yet to sell any of their shares. However, should they in the future, that profit will be distributed to the artists too, under Swift’s demands.

A source from UMG commented “In the end, she wanted a company who understood artists, who was philosophically aligned on artist compensation and who she trusted could grow and protect her brand globally.”

Brexit: A result of Brit- Pop? 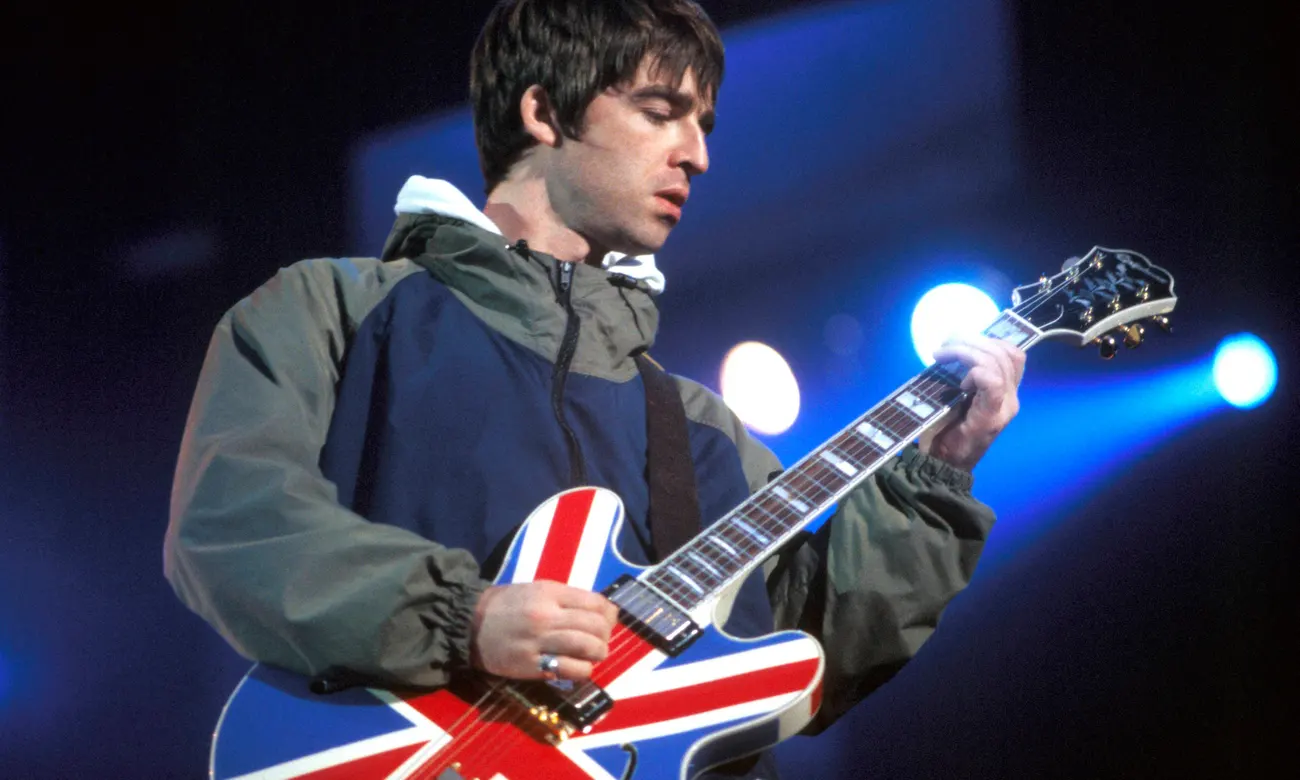 Did Britpop fuel a new brand of Conservatism? In a recent article in the Guardian, Michael Hann discusses how often an artist or movement’s intentions can often be mistranslated and adopted by its consumers. Is this what happened with the Gallaghers?

Hann explains how the 90’s era of Britpop was a way of “reclaiming identity from the blanket of grunge”. Considering that the whole point of pop is its social force, this may have fused together to make a consciousness of flags, beer and the British gentlemen - almost nationalising people's minds, through a nostalgic stream of melodies and lyrics surrounding the idea of a so called ‘lost Britain’.

Festivals have started announcing their 2019 headlines! 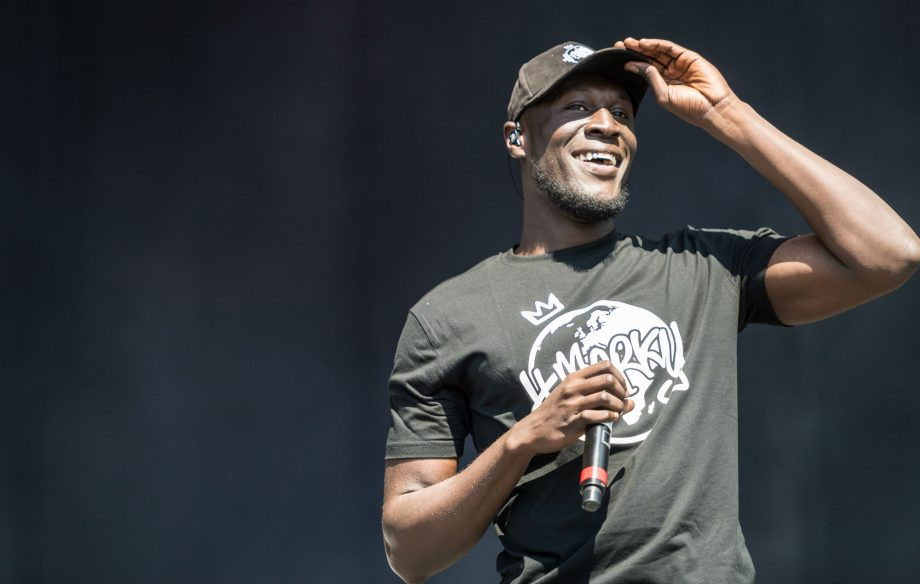 Following selling out their standard tickets in 36 minutes last month, Glastonbury festival have announced their Friday headliner as Grime artist, Stormzy. Considering his previous performances back in 2016 and 2017 are described as having received a “rapturous” response by the festival, it’s no wonder Eavis was keen to secure the rapper.

Reading and Leeds have announced multiple acts, consisting of headliners such as; The 1975 (Friday), Post Malone and Twenty One Pilots (Saturday) and notorious alternative rock band Foo Fighters for the Sunday show.

In this month’s November playlist I have compiled singles ranging from old time legends of rock to modern renditions of some of the seasonal favourites this time of year. Speaking of Noël , you will find not one but both the Gallaghers in the mix, alongside notorious rival band back in the 90’s Blur. Ensuring the pop world is catered for, I have included singles from Rita Ora’s much anticipated new album ‘Phoenix’ as well as modern and old timers or Miss Swift. You will also find Samuel Coleridge-Taylor’s ‘Hiawatha’s Wedding Feast’ composition which is definitely worth a listen, even if classical music isn’t something you tend to engage with. 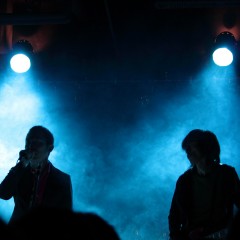 Looking back at music in November

Is Brit Pop the cause of Brexit, Glastonbury’s first headline announcement, and Christmas music is here!