Dancing, Doctor Who and self-destructing art

Covering two-weeks of news can sometimes be a little bit of a challenge, especially in times as tumultuous as we find ourselves in at the minute. How do you capture all the crazy events that take place over 14 days into 10 slots? Editorial discretion only gets you so far, so I’m glad I have this pre-summary soapbox to voice some opinions on news items perhaps not suited to an art/culture/politics/technology round-up.

First, I want to condemn the Government, and every single person that allowed or caused, directly or indirectly, the deaths of over 440 homeless people in the UK in the last year. Imagine that. More than one person a day is dying on the streets of the fifth wealthiest country in the world. And that figure will be severely underreported because nobody is officially keeping count, and councils apparently lack the resources to even investigate the deaths. This is disgusting and shameful. It only fuels my desire to make the next big theme for Voice to be rough sleeping, and highlight just how it can affect anyone, what should be done to help people, and find out why it isn’t.

Jeremy Corbyn’s suggestion that students need to learn more about the UK’s colonial history and a more accurate representation of it’s past empire is interesting and I am cautiously supportive. Given that it is Black History Month and the country is still struggling to resolve the Windrush scandal (honestly - this Government is not fit for purpose), it seems appropriate that people learn about the foundations upon which this country was built. A lot of people have criticised his suggestion, and I do have to wonder whether their objection is simply because Corbyn said it, or if it tarnishes the image of a ‘Glorious Britain’ certain groups are desperately pushing right now. Given that we risk being plunged back in time should Brexit go wrong (or, realistically, even right), it’s probably not a terrible idea to educate future generations about what happened so they know how to fix things next time.

Finally, there was another royal wedding today, between art director Princess Eugenie and Jack Brooksbank, a brand manager for the tequila brand Casamigos. Given that they have no royal duties, and Eugenie herself is ninth in line to the throne, I do wonder whether it’s really the best use of public money to lay-on a surprisingly lavish wedding with 850 guests, 1,200 members of the public chosen by ballot and an estimated £2m security bill...

How are we doing? If you have any feedback about these news summaries, do get in touch. You can email me, or message me on Twitter. See you in two weeks!

Tory conference doubles down on dangerous rhetoric, but the in-fighting was momentarily paused

Following Labour’s middling conference came the Conservatives’. Hosted in Birmingham, the Tory’s were obviously slightly spooked by Corbyn’s slight increase as an authoritative figure, and spent plenty of time attacking the Labour shadow cabinet rather than promoting their own policies. However, it wasn’t just Labour to look down the Tory shotgun, as a number of speakers took the chance to position themselves as party leader material by needlessly attacking the EU. The most ridiculous and personally infuriating came from Jeremy Hunt, who compared the EU - nobel peace prize winners - to the soviet bloc, who oversaw the death of millions.

Nonetheless, there was surprisingly little in-fighting, but that has broken out again subsequently. Theresa May is reliant on DUP votes in Parliament, and they have threatened to vote down her budget unless she promises that Northern Ireland is treated the same as the rest of the UK in any deal with the EU. This currently means that all of the UK will have to be part of the customs union. This has obviously not pleased the Brexit supporting MP’s. 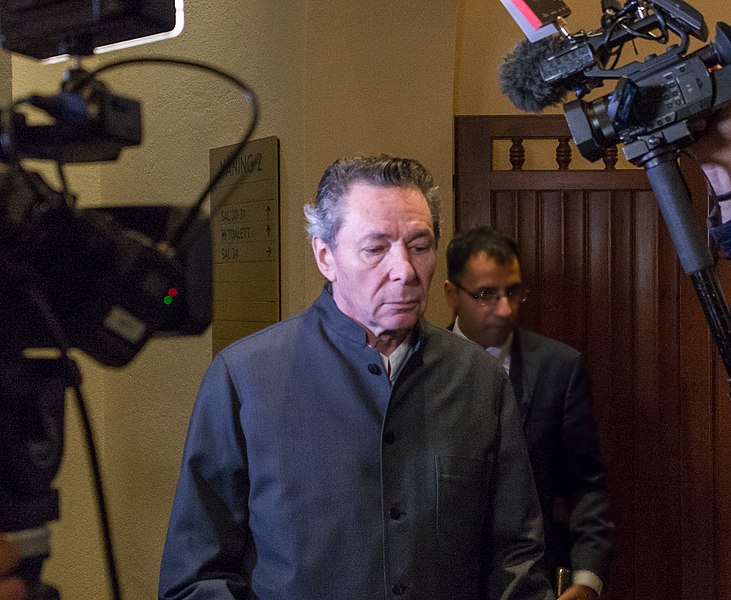 Jean-Claude Arnault was convicted of rape last week, following a unanimous verdict. The trail caused the postponement of this year’s Nobel prize in literature, as Arnault is the husband of a member of the Swedish Academy, and he had previously bragged about being the “19th member”. Following a 2017 publication by Dagens Nyheter newspaper detailing 18 allegations against Arnault, seven of the academy’s 18 official members, including wife Katarina Frostenson, stepped down.

As a result of the scandal, the academy announced the decision to not award a prize this year, and instead will announce two laureates in 2019.

Banksy image shreds itself at auction

Artwork by the renowned street artist Banksy made the news last week after partially shredding itself immediately after being sold. The print, Girl With Balloon, was being auctioned by Sotheby’s and the hammer had just gone down on a £1m purchase when a shredder built into the frame activated, partially destroying the print. The artist subsequently make a post on social media to comment, saying the shredder was built into the frame “a few years ago … in case it was ever put up for auction”.

The piece has also been given a new name, Love Is in the Bin, and has a certificate by Banksy’s authentication body, Pest Control. The buyer, a female European collector, announced this week that she would be going through with the £1.04m purchase, stating “I was at first shocked, but gradually I began to realise that I would end up with my own piece of art history.”

In an event this week Google officially announced what the entire internet already knew was coming due to unprecedented leaks: The Pixel 3 and 3 XL. They were at least good natured about it, releasing a pretty funny video collating some of the leak news coverage prior to the event. The phones are a very iterative update to the previous versions, differentiated more by software than hardware. The already exceptional camera has been updated and improved further, and Google announced a partnership with Annie Leibovitz. The phones are also capable of answering themselves and transcribing what the caller is saying so you can more easily filter out spam calls.

Also announced was a new Google Home Hub, a smart home hub that uses Google Assistant to provide visual responses to your questions, and gives you quick access to all the connected devices in your home. It is priced very competitively at £139. The Pixel Slate is Google’s return to the tablet market after abandoning Android for tablets three years ago. It runs Chrome OS, which is a full desktop experience that means you aren’t forced to use mobile sites. It comes in an array of configurations depending on your needs, and increases in price accordingly. Google also created a keyboard for it, but it isn’t included, and costs £189.

Jodie Whittaker sees a successful start as Doctor Who

An average of 8.2 million viewers watched Jodie Whittaker’s debut performance as Doctor Who last Sunday, which is the highest figure for an episode in 10 years - drawing larger crowds than Matt Smith or Peter Capaldi on their debut shows.

The response has been positive, with the show touted as accessible to both old and new ‘Whovians’. After a vocal minority grew upset that the Doctor was now being played by a female, those concerns were unfounded.

Episode 2: The Ghost Momentum will air on Sunday.

The dastardly King George III (Michael Jibson) from the Olivier Award-winning musical Hamilton has issued an important announcement offering the date and venue for the 2019 Olivier Awards with Mastercard.

Get out diaries and block out 7 April 2019, as Britain’s most prestigious stage honours are taking place at the Royal Albert Hall. Previous winners include Laura Donnelly for Best Actress and Bryan Cranston for Best Actor.

The 2019 nominations are yet to be announced.

Art organisations must be allowed to die, says new report 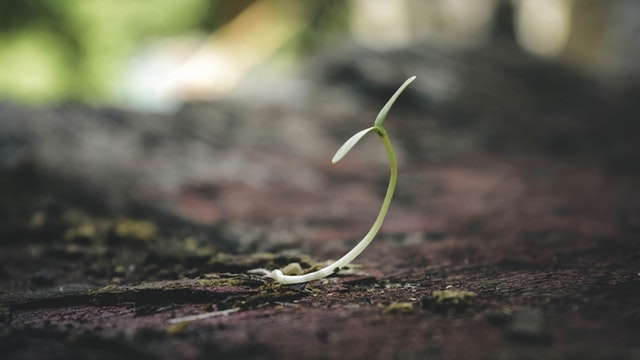 A new report commissioned by Arts Council England has suggested that art organisations should be allowed to fail, rather than continue to be funded in perpetuity. The report, What is resilience anway?, argues that rather than looking at the survival of an organisation, it is more valuable to look at the health of the sector as a whole. A cycle of “birth, death and transformation” is something that should be embraced by the industry, and some organisations will come to a natural end. While sustainable growth might not be appropriate for all organisations, they should instead focus on sustainability by “doing less, but doing it better.”

The report also argues that the concept of profit generation is alien to the sector, and that should be addressed. In particular, it argues that the ambiguous wording around whether creating profit from funded work is permissible should be fixed.

This report will feed into consultations Arts Council England will run next month for help form its new ten-year strategy. 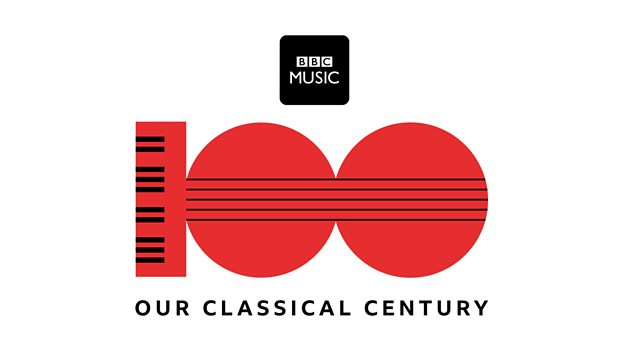 The BBC are launching a year-long classical music project that will look back at 100 years of classical music in the UK. The project, Our Classical Century, will kick off this autumn, and will be covered online and on BBC Four, BBC Two and Radio 3. It will feature documentaries hosted by well-loved stars such as Sir Lenny Henry and Brian Cox, as well as performances, and will end with a newly commissioned work on the First Night of the BBC Proms.

As part of the project, the BBC will also be making their classical music archives available to the public on iPlayer and a newly launched BBC Sounds app. In a speech at the launch of Our Classical Century, BBC Director-General Tony Hall said, ‘We’ve been recording, creating and documenting great work for almost a century now ourselves. We have the public to thank for that. They own - via the BBC - one of the greatest classical music archives in the world. In an age of ever growing platforms - and social media sharing - these performances - some historic and some very recent - will be returned to the public.’

To say the political climate in the US has been divisive would be an understatement, but that came to a head over the last fortnight as President Trump managed to push through his Supreme Court nomination Brett Kavanaugh. The judge’s nomination was marred by controversy, as allegations of sexual assault by Christine Ford were made public, asserting that he assaulted her when they were both teenagers. The vote was delayed while a supplementary FBI check was conducted, although Democrats claim this was too limited in scope, and Kavanaugh’s outbursts when questioned by the Senate demonstrate that he is inappropriate for the role.

His swearing-in ceremony was conducted in private as protesters amassed outside the building. Kavanaugh’s successful nomination will be seen as a big victory for Trump, and Republicans believe the allegations have actually helped mobilise their supporters, which will be needed when mid-term elections roll round in November.

I’m pleased to announce our panel for the 24 October event ‘Is technology holding journalism hostage?’. Joining us is Barbara Zambrini, Senior Producer at  BBC R&D; Leah Sinclair, online editor for The Voice Newspaper; Ryan Pitts from OpenNews in the USA; and Tracy Powell, seasoned journalist and course leader for the award-winning BA (Hons) Journalism at Nottingham Trent University.

Tickets are free, but limited, so if you want to join us for a great discussion about the impact of technology on our news cycle, find out more here. 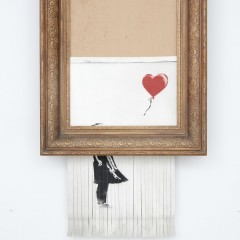 Dancing, Doctor Who and self-destructing art 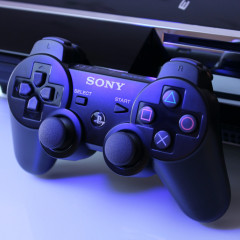