Quality of life improvements for all of Apple's platforms

Apple kicked off its annual developer conference yesterday with a keynote that outlined all the changes developers and users can expect to see on every one of their platforms over the next year.

This year the focus was more on quality of life improvements rather than groundbreaking new features, but they will be welcome by end users nonetheless. 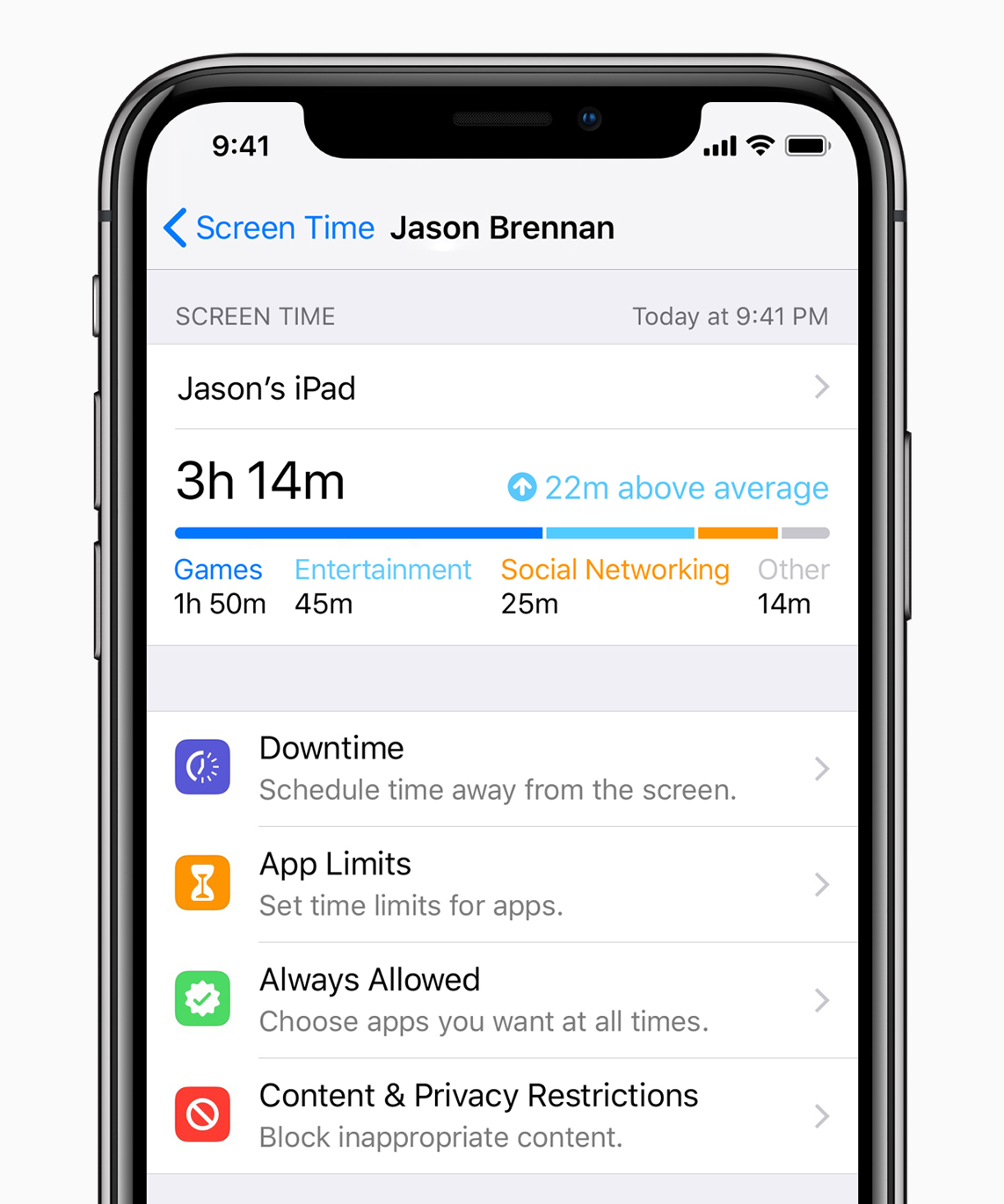 No surprises here that the next version of iOS will be iOS 12 - Craig Federighi even joked about it on stage.

It supports every device that ran iOS 11, ranging all the way back to iPhone 5S, and will significantly speed up user actions on the device. On the iPhone 6S, the keyboard will come up 50% faster, apps will open 40% faster and the camera will open up to 70% faster.

It also puts a new focus on digital health with a dashboard that outlines your smartphone usage and is meant to help prevent smartphone addiction. You can set time limits on apps that you use a lot, but unlike on Android it makes it easy to ignore that limit. iOS 12 also improves Do Not Disturb, and finally groups notifications together to stop the barrage of notifications.

Messages gets new features with new stickers, text and drawing options built directly into the app camera, and you can also create new Memoji - which are Animoji that look like you.

FaceTime now has group calling with support for up to 32 people, and you can apply filters and Animoji/Memoji directly in the call. Group calling is supported on Mac, iPhone, iPad and via audio on the Apple Watch.

Apple Photos is borrowing a lot of features from Google Photos and Facebook by using search suggestions for specific people, events and places. It will automatically recommend sharing photos with people it detects in the shot, and can then recommend they share their photos from the same event. Apple were eager to emphasise that this was all done with on-machine learning, so your privacy and security remain a priority.

It’s no secret that despite being the most used assistant, Siri falls behind its competitors in actual capabilities. This doesn’t hugely change in iOS 12, but Apple have introduced suggested shortcuts for Siri, which allows it to surface app actions it thinks you’d want to trigger based on your previous behaviour. It also has a new Shortcuts app that allows you to build your own shortcut actions, and it ties into 3rd party apps. It has the potential to be quite powerful, as it is essentially macros on your phone. 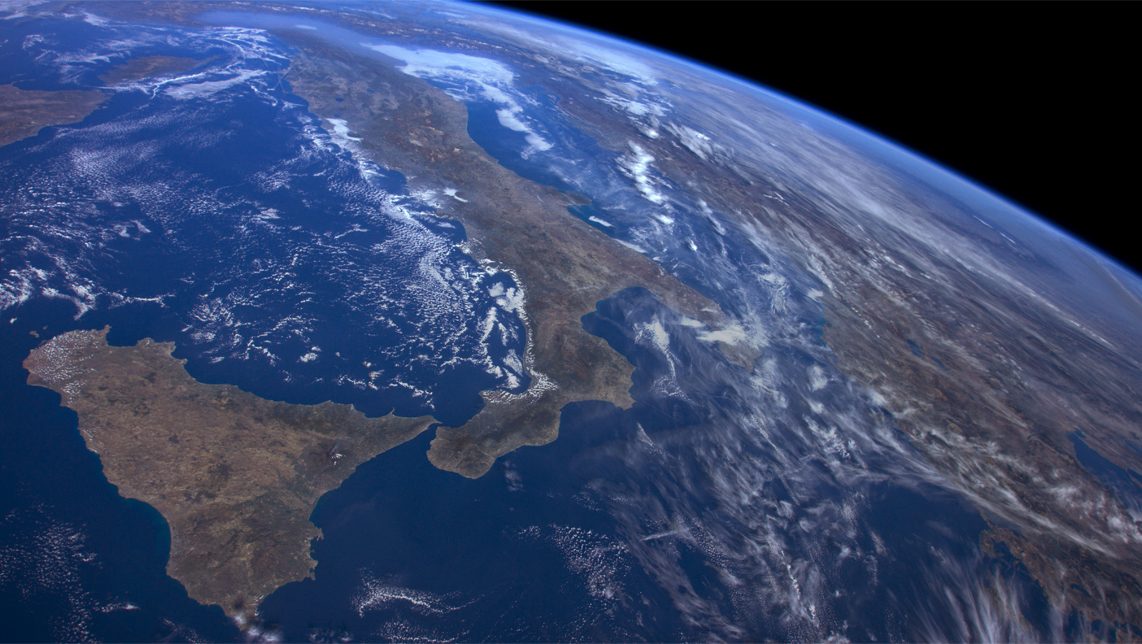 Apple TV 4K will support Dolby Atmos surround sound, and will be upgrading your existing iTunes library to support the Atmos sound-channel for free when it comes out.

The other big announcement was new support for network subscribers across the world, and Live Sports and News apps.

The Apple TV will also support “Zero Sign-on”, a very US-centric feature that allows network subscribers to effortlessly log into the various services your cable provider offers without needing to enter a username or password.

The other minor update was to allow users to get more information about the screensaver imagery (“aerials”) and added a new Earth screensaver filmed from the ISS. 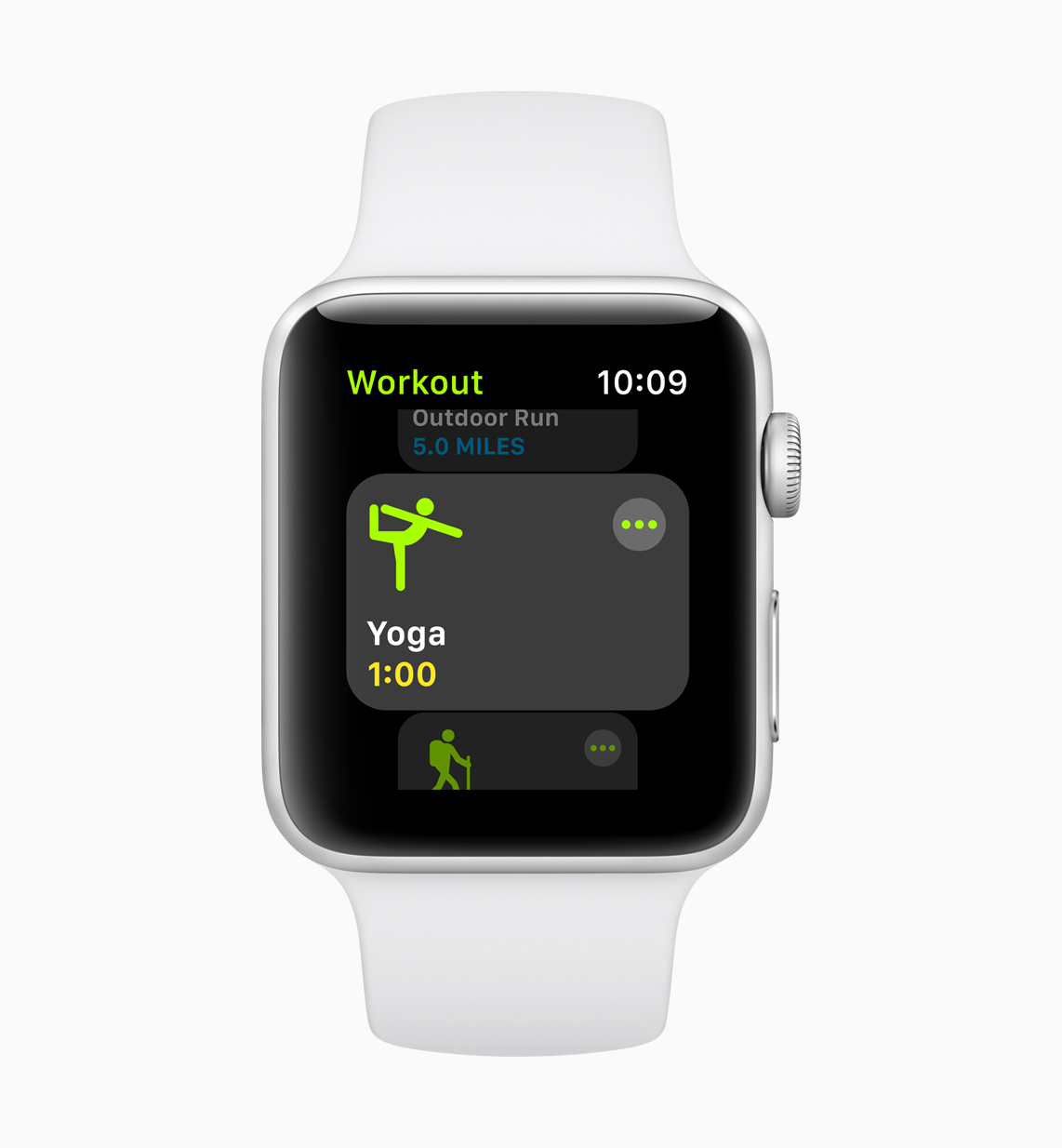 This section of the keynote started with a familiar tone - a story on how the Apple Watch saved a life by allowing someone to call the emergency services.

Apple Watch has undergone a bit of a history revision during its three years on the market. What started as ostensibly an extension of the phone has become primarily marketing as a fitness and lifestyle device, and many of the changes made to WatchOS focus on that.

You can now challenge your friends to 7-day fitness competitions to get new badges, and the watch will automatically detect when you start and finish a workout. If tracking doesn’t start automatically, the watch also offers retroactive tracking as it is always monitoring your movement and heart rate.

On the social side, it now has a “Walkie-Talkie” feature that allows you to send voice memos to one another. You still have to press the message to hear it, which will save from any embarrassing unannounced voices. These can be sent over Wi-fi or on the go with data-supporting watches.

There have been updates to the Siri Watch Face, allowing 3rd party apps to display information on them, and podcast support is also coming to the watch.

Finally, the watch now supports WebKit, which means you can browse certain websites on the watch, and the example given was looking at a restaurant menu that had been sent to you. 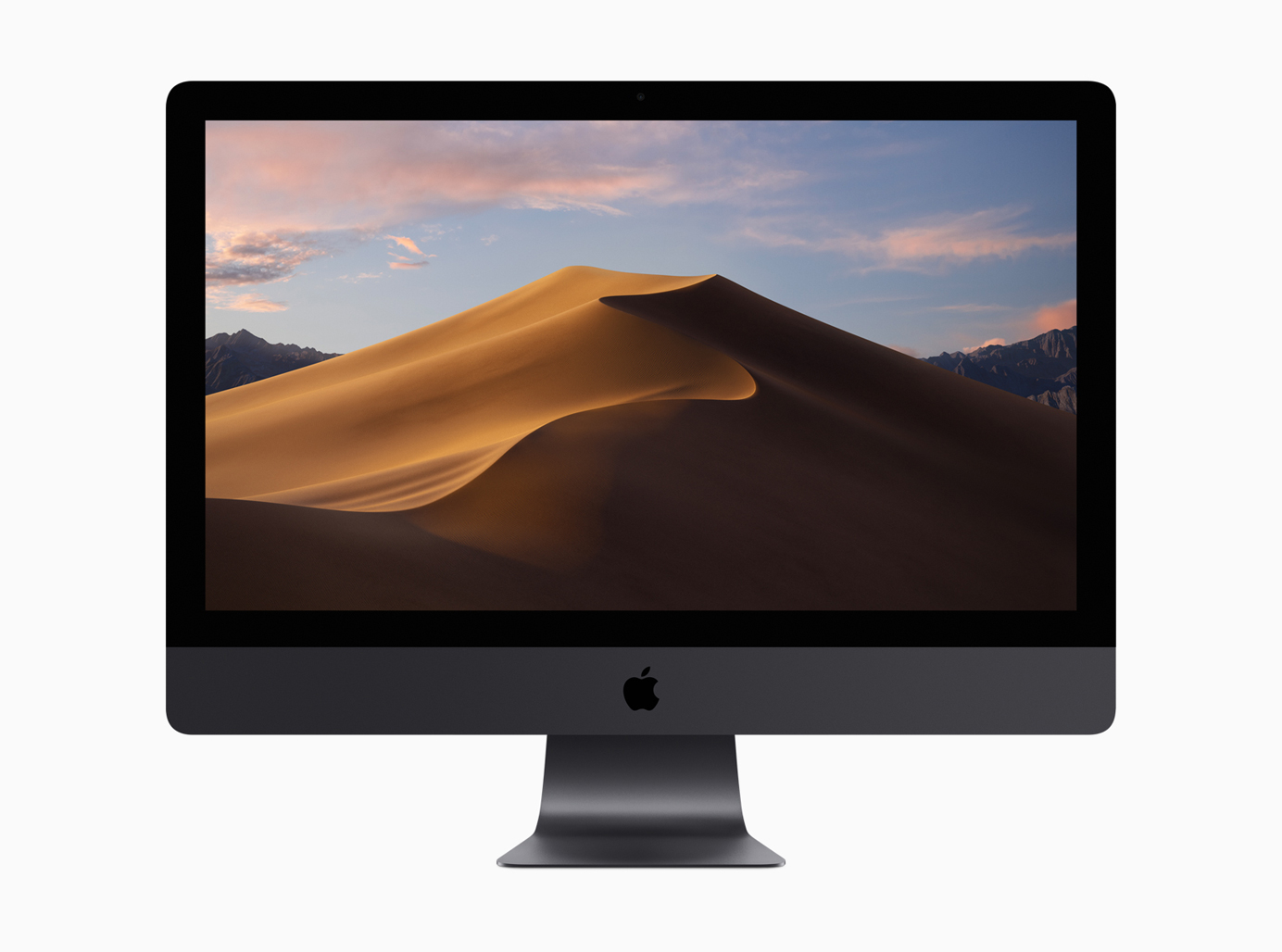 Apple is finished with their “four year mountain bound bender” and are now looking to the deserts for its naming conventions, starting with the Mojave. The latest release of MacOS will introduce a Dark Mode that turns the UI dark, changes the window chrome as well as the content on the windows and the wallpaper to a distinctive dark mode to reduce eye strain. All Apple apps will support this dark mode and third parties will be able to create themes too. Alongside this is a dynamic desktop mode that will gradually change the colour of your desktop over the day.

Also introduced is an upgraded Finder that incorporates a new gallery view - not dissimilar to Coverflow in iTunes. You can see more information and metadata about pictures and files from the new sidebar within Finder, and make certain automation tasks like rotation directly from that sidebar.

The desktop now has Desktop Stacks that will help you clean up chaotic and unorganised desktops by sorting the files into stacks based on predetermined filter information.

The much loved Quick Look is getting some love too, with the ability to markup documents directly from the Quick Look view.

Screenshots have become a lot more powerful, by adopting more iOS style features. Along with a new UI, taking a screenshot will put a thumbnail in the bottom right, which can be opened for quick edits, or dragged directly into a program to be included in documents. You can now record your screen using the screenshot feature, which is a vast improvement over having to use Quicktime.

The Mac App store has been rebuilt from the ground up to put more emphasis on editor picks, and allow developers to tell the ‘story’ of their app. It does have autoplaying videos which is annoying, but it seems like Apple have made concessions to developers, as big name apps like Transmission, Office 365 and Lightroom are coming to the store.

For the briefest of moments it seemed like Apple were going to announce an eventual merging of iOS and MacOS. After giving a definite ‘no’ to that idea, they did then announce that as part of a multi-year effort they do intend to allow certain iOS apps to run on the desktop. They have already started to test this feature themselves by bringing over the four of their own iOS apps to Mojave: Stocks, News, Voice Memos and Home.

This feature will be available for developers to try out in 2019.

It has long been Apple’s mantra that they are the company that cares most about your security and privacy, and to be fair their actions have gone some way to support that. Craig Federighi announced that they will be doubling down on security across all their devices through changes made on Safari and MacOS more wholly.

Safari will now block Facebook’s Like and Comment features on websites, as they can be used to track you around the internet, and now asks whether you want it to be viewed. They are also combatting online fingerprinting by only giving sites a simplified system configuration so people cannot build up digital profiles of you based on information like installed fonts or legacy plugins.

It has long been the case that you have to give MacOS apps access to your contacts, photos and calendar, but that is now being extended so apps have to explicitly ask to access your camera, microphone, safari data, backups, mail and iTunes databases, message history and more.

You can watch the whole keynote on the Apple website.

All photos courtesy of Apple. 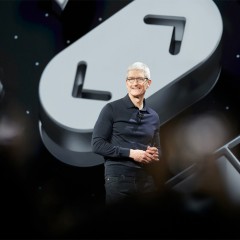 The biggest announcements from WWDC 2018

Quality of life improvements for all of Apple's platforms