Colourful banners, flags and placards were held high as hundreds of people marched on Ipswich Waterfront last weekend as part of a rally calling for the general public to be given a say on the Brexit deal.

Organised by the Suffolk EU Alliance, the ‘Let's Stay Together’ rally was part of a national pro-EU day of action.

Starting at the University of Suffolk, over 800 people outside the University – including 11 sister organisations from Cambridgeshire Essex Norfolk Bedfordshire and Hertfordshire. 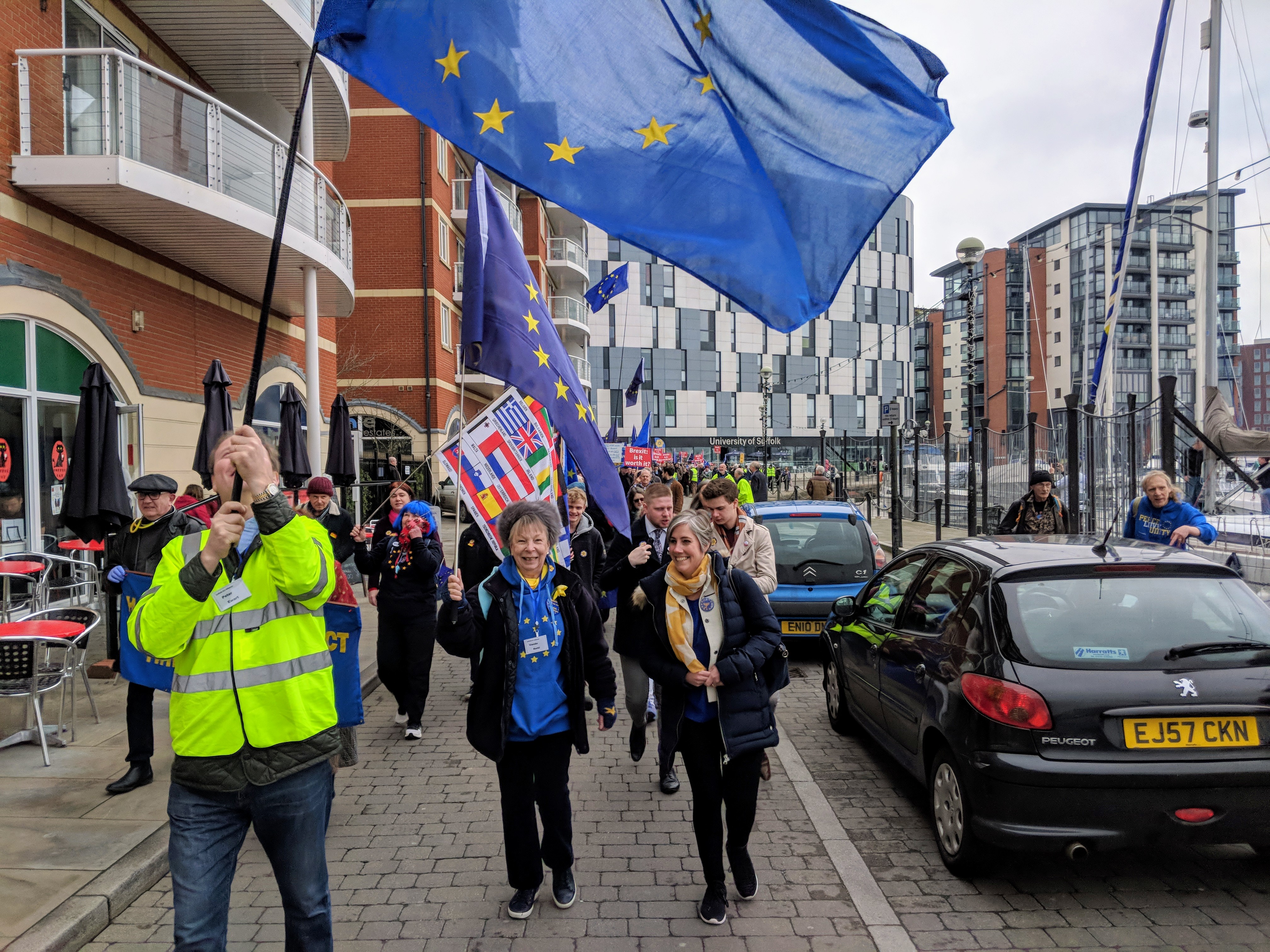 Speaking at the event was senior Liberal Democrat and former parliamentary candidates for Suffolk coastal Daisy Cooper. She said: “The British public must have a say on the Brexit deal.”

“As new facts emerge, it is becoming increasingly clear that it should be the people, not politicians, who sign off the Brexit deal.”

Also present was Tim Evans (seen below), one of the campaigners behind the “Is it Worth It” project. They recently completed a 33-stop tour across the UK in a  which saw a bright red bus emblazoned with “Brexit to cost 2,000 million a week”.

Mr Evans explained that the figures are based on Brexit with a Free Trade Agreement costing 5% of GDP after 15 years. “We would be £2,000 million a week poorer than we otherwise would be.”

“That is 80% of the NHS budget across the UK. These are not our numbers - they are the Government's numbers and we only got to see them after they were leaked to the press”, he added. 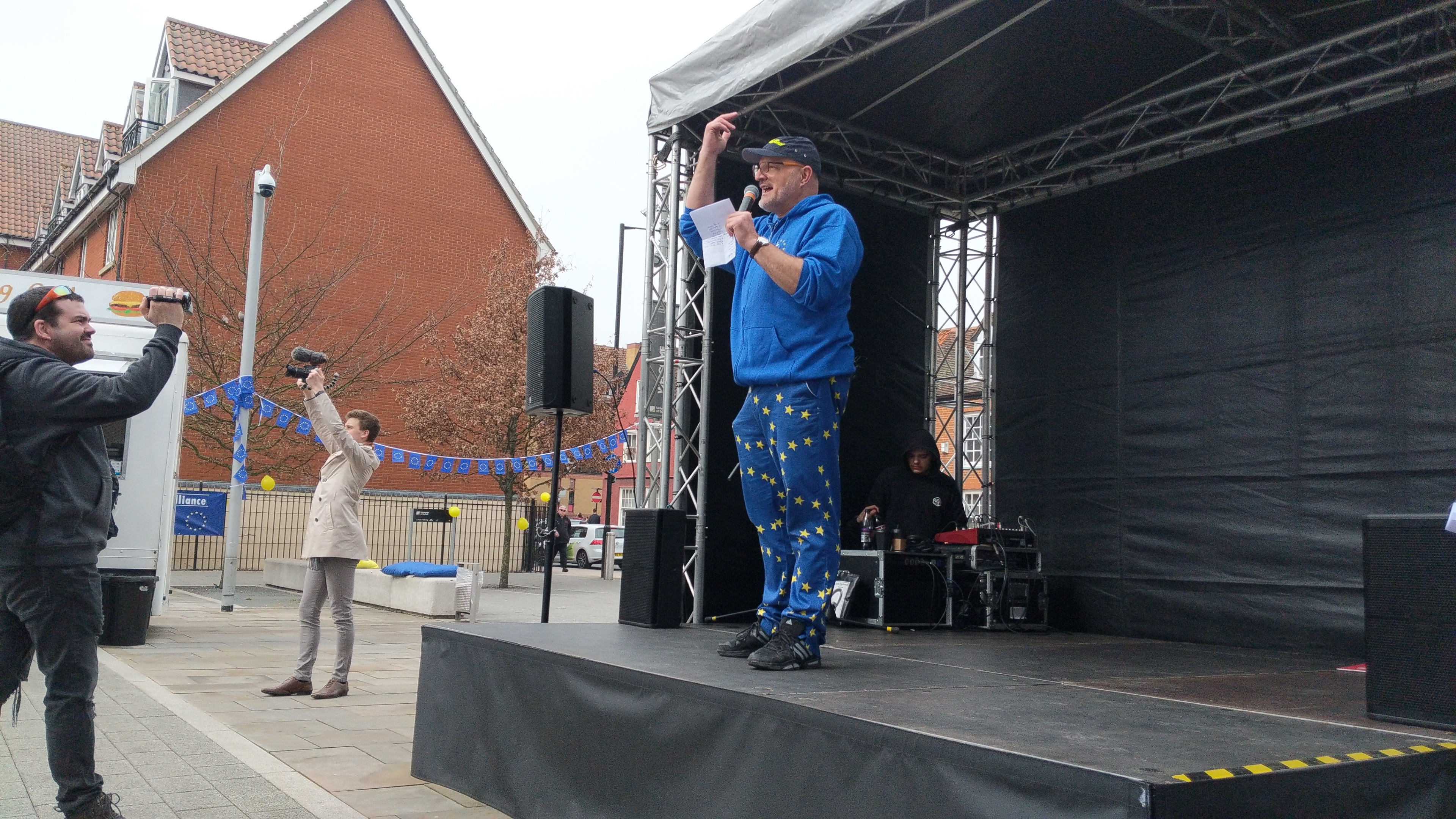 “We're unashamedly staging a series of short speeches from experts who will share the insightful experiences. An increasing number of us are exhausted by in-experts and so our myriad of speakers will make for interesting listening.

“Here we are nearly two thirds of the way down the line from the triggering of Article 50 and we're still none the wiser over exactly what it is the brexit ‘cabinet’ wants us to ‘get behind’. Our speakers - experts, one and all - will explain the reality of our predicament,

We openly welcome anyone who would like to join us fight to retain our existing co-ownership of our continent of Europe. We are reiterating the need and advantages for our children and grandchildren to have the right to benefit from the opportunities that we have enjoyed, namely the right to study, work and retire anywhere in our wonderful and diverse continent.

“The irony is that a corrosive and rather fettered sector of British politics - across all parties -  is intent on ripping us away from it and frankly we cannot stand back and allow this to happen. we are now the majority it seems and they, thankfully, are the few. 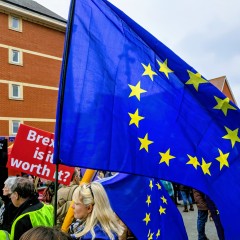