93% of Arts Council England (ACE) stakeholders are concerned about the economic uncertainty and potential impact on the funding environment for arts and culture caused by Brexit, a new study has found

Written by ICM on behalf of ACE, the study asked 992 stakeholders a series of questions to establish European and international working relationships by arts and cultural organisations in England.

The study found that the majority of organisations had a negative opinion of Brexit, and were unable to give any potential advantages of Brexit. Those that could list a benefit tended to focus more on the ‘potential’ benefits, rather than benefits already being experienced.

Of those who could list some advantages, some referenced the change in exchange rate, although the benefit to those who are paid in Euros was often offset by the increase in raw materials due to the weaker pound. Only 5% reported that the exchange rate had a positive impact on their organisation, while 48% reported a negative impact.

Linked to the weak pound, another benefit listed was the potential increase in tourism from both international tourists and domestic tourists who have decided to holiday in the UK due to the unfavourable exchange rate.

A small number of stakeholders suggest that the UK leaving the EU could have potential advantages in terms of reduced EU regulations and administrative processes. However 80% of respondents expressed some level of concern about the changes to legislative frameworks, while just 4% were not al all concerned.

There was a widely held view that Brexit could negatively affect the UK economy and therefore the economic environment for the arts and culture sector. Several respondents felt that culture was unlikely to be a priority for a post-Brexit government. However, only a small number of those asked were concerned about EU funding. Only 15% reported receiving direct EU funding, and only 30% have benefitted indirectly from EU funding.

A large number of stakeholders highlight the potential negative effects that reduced freedom of movement would have for the creative sector. They believe it could increase administrative costs, create delays and reduce the potential talent pool for the organisation. One in five said that the most important priority post-Brexit would be to enable organisations and individuals to work in the EU for short periods of time, and a further 12% said the most important priority is allowing EU nationals to work in the UK for short periods. A third of organisations currently employ EU nationals although this figure can increase to over half when looking at specific art forms such as Dance.

67% of of stakeholders have undertaken at least one type of international activity in the last two years, and more have been conducted inside the EU than out.  40% of respondents need to regularly move equipment and objects between the UK and the EU, and nearly half believe it is important to their organisation that both EU and UK citizens can work at short notice in either jurisdiction for short periods.

If the costs of any particular international activity were to increase substantially following Brexit, organisations are generally more likely to reduce the amount of that activity, rather than cut elsewhere or being confident in their ability to secure additional funding to maintain the level of activity. 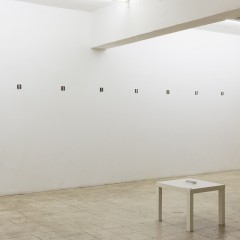 Majority of arts organisations are worried about Brexit, a new study finds