This year, Eating Disorder Awareness Week takes place from 26 February to 4 March, and the campaign focuses around the question ‘Why Wait?’

Anorexia has the highest mortality rate of any psychiatric disorder, from medical complications associated with the illness as well as suicide. Research has shown that 20% of anorexia sufferers will die prematurely.

Beat is the UK’s eating disorder charity, and is spearheading the campaign to get more people to talk about eating disorders. They are also petitioning the Government to extend the current waiting times targets that exist for CAMHS in England to ensure people of all ages can access eating disorder treatment as soon as they need it. Parliament will debate eating disorders and early intervention on Tuesday.

If you are suffering from an eating disorder, or believe someone you know is, the most important thing you can do is talk about it. Although very serious, are treatable conditions and full recovery is possible. 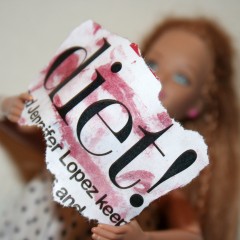