The move would would help protect music venues from closure

Plans to enshrine the Agent of Change principle in law to help small UK venues has been given a big boost.

Labour MP and former Government minister John Spellar put forward a new law this week that would require property developers to take account of the impact their builds would have on pre-existing businesses like music venues.

MP’s, artists and music industry executives gathered at Westminster to support the bill, which already has the backing of 75 MP’s and peers. Music Venue Trust and the Musicians’ Union have also thrown their weight behind the bill, and London Mayor Sadiq Khan included it in his new planning strategy.

Currently the agent of change principle is not legally enforced, and those making noise will always be held accountable. This means that developers can build houses next to existing venues without taking appropriate measures to soundproof either the building or the venue itself. Residents who then move in can get noise abatement notices enforced, and in extreme cases, get the venue closed.

"Everybody is united in saying we've got to change the law to protect small music venues,” said UK Music CEO Michael Dugher. "Agent of change is something that many of us have campaigned for for a very long time and finally - thanks to John Spellar - we've got a bill going into the House of Commons."

UK Music says that 35% of music venues across the UK have closed in the last decade.

The bill will go for its second reading next week. You can follow its progress on the Parliament website. 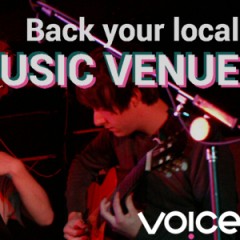 Agent of Change principle is one step closer to becoming law

The move would would help protect music venues from closure