Also joining the board is 26-year-old poet George Mpanga, better known as George the Poet, who is the youngest ever appointed member.

Ms Murdoch is listed as the Founder and Chair of the Freelands Group and manages the charity Freelands Foundation, which supports visual arts and culture programmes. The charity launched the Freelands Award in 2016 to help mid-career female artists, with the prize valued at £100,000.

In December the organisation also announced £1.5m fund to help support emerging visual artists across the UK over the next five years.

Elisabeth Murdoch’s appointment has not been without controversy, with some suggesting it is a “corporate takeover of the arts”, while Artists’ Union England have started a petition for her removal that attracted 1,000 signatures in four days.

In a letter addressed to ACE Chair Sir Nicholas Serota, it was suggested that Murdoch’s appointment could have been the result of financial contributions made by the Freelands Foundation.

“We are aware of Murdoch’s significant financial contributions, through the Freedlands Trust, to the Tate under your leadership and to various organisations led by your wife Teresa Gleadowe and feel it is your duty as Chair of Arts Council England to be transparent about the decision to appoint Murdoch to this influential public position.”

In response, ACE stated that the appointments were made by Culture Secretary Karen Bradley.

Elisabeth Murdoch’s father, media mogul Rupert Murdoch has recently agreed a deal with DIsney to sell off 21st Century Fox’s film and TV studios in a deal valued at $52bn. This deal includes Fox’s 39% stake in Sky UK. In 2017 Murdoch made a bid to buy the remaining 61% of Sky currently not owned by Fox, but the deal was sent to the Competition and Markets Authority over fears of a monopoly.

Questions were further asked about suitability of the takeover, given a number of controversies at Fox in recent years.

Should the bid be approved, and providing Disney’s acquisition of Fox is not blocked over the same monopoly concerns, then the global conglomerate will assume complete ownership of the largest pay-TV broadcaster in the UK. 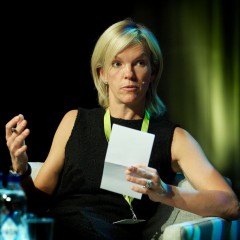