X-Men and Fantastic 4 are now the property of Disney

Disney has acquired 21st Century Fox’s film and TV studios in a deal worth a staggering $52 billion dollars.

It was previously reported that Fox was hoping to drop the entertainment divisions of their company to instead focus on the news and sports elements, which are far more profitable. Given this, it is unsurprising that the company is retaining Fox broadcast network, Fox Sports and Fox Business.

The deal will also see Disney acquire Fox’s large catalogue of intellectual property. Fox owned the film rights of X-Men and Fantastic Four, and this purchase will now open the doors to integrating them into the Marvel Cinematic Universe. Disney will also be taking the reins of Avatar, the original Star Wars film, and possibly entertainment juggernauts like The Simpsons and Futurama.

Disney’s acquisition of 21st Century Fox also provides the company with an even larger back-catalogue of content to add to the streaming service the company is looking to launch to take on the likes of Netflix and Amazon Prime. It is already reportedly going to be priced much cheaper than Netflix, and with Disney pulling all their content from Netflix in 2019, it could soon be the case that this service will be the only place to watch the vast array of content.

Disney’s last huge acquisition was of LucasFilm in 2012, which pales in comparison by costing just $4.06bn. 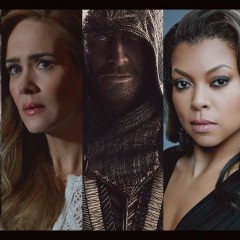 X-Men and Fantastic 4 are now the property of Disney