It was a number of firsts for the contemporary art prize

Lubaina Himid has made history by becoming the oldest winner of the Turner Prize, and also the first black woman to receive the award.

Based in Preston, the 63-year-old Zanzibar-born artist won the £25,000 prize for addressing the legacy of slavery and racial politics through her artwork.

The announcement was made during a ceremony in Hull, which currently holds the title of UK City of Culture.

Lubaina Himid has previously been described as “the under-appreciated hero of black British art”, and first came to prominence in the 1980’s for her work on the British black arts movement. Her Turner Prize exhibition contains work from those early years through to today.

The centrepiece of the exhibition is the 1987 piece A Fashionable Marriage, which consists of a cast of cut out characters. Among the cut-outs include Margaret Thatcher and US President Ronald Reagan.

The judges said they admired the "expansive and exuberant approach to painting which combines satire and a sense of theatre", and also stated that they “acknowledged her role as an influential curator and educator who continues to speak urgently to the moment".

Lubaina Himid’s win was in part only possible due to a rule change last year that lifted the 1991 age restriction of 50-or-younger. However, a second rule change may have also helped. For the first time, judges were allowed to take into consideration the work each artist has put up on display in the Turner Prize exhibition. It’s unknown why that wasn’t the case before.

Speaking to BBC News after the announcement, Himid said "I was overlooked by critics, by press, but I was never overlooked by art historians or curators or other artists." 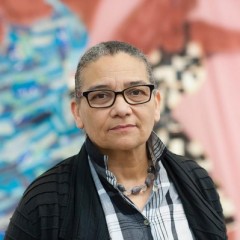 It was a number of firsts for the contemporary art prize 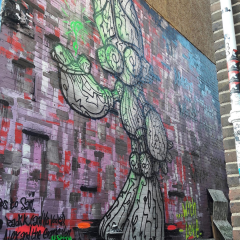