Jay Z and Kendrick Lamar set to clean up for the 60th annual Grammy Awards, and rock seems to have fallen out of fashion

The final nomination list for the 60th annual GRAMMY Awards have been announced, and the omissions are perhaps more surprising that the inclusions.

Despite being a multi-million selling album, Ed Sheeran’s ÷ failed to be nominated in the main categories This is likely due to the multiple nominations received by Bruno Mars and Kendrick Lamar.

Lady Gaga is also only present in the pop categories for her fifth studio album Joanne, and Katy Perry isn’t on the nomination list at all. Taylor Swift is also missing from the list, with her single ‘Look What You Made Me Do’ failing to impress the judges. Her album, Reputation, was released too late to be considered.

The late Carrie Fisher received a posthumous Grammy nomination in the spoken word category for a reading of her autobiography The Princess Diarist. Posthumous nominations were also given to Leonard Cohen, Linkin Park’s Chester Bennington, and Chris Cornell.

Below are nominations for some of the most popular categories. To see the nominations in every category, visit to GRAMMYs website. Bare in mind that to be eligible, the recording had to be released between October 1, 2016 through September 30, 2017.

Album Of The Year

Record Of The Year

Song Of The Year 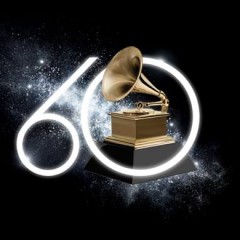 Jay Z and Kendrick Lamar set to clean up for the 60th annual Grammy Awards, and rock seems to have fallen out of fashion