Voice MagNewsScotland to have Yea…

Scotland is to put its young people into focus during 2018 with a year long celebration of their talents and contributions, as well as create new opportunities for them.

The Year of Young People 2018 (YOYP) is a year-long programme of events, activities and ideas that will give the young people of Scotland the chance to show the world what they are made of.

The aim is to inspire Scotland through its young people. It will celebrate their achievements, show the value of their contributions to the community and provide local, national and international opportunities for them to shine in.

There are multiple themes that will be focused on throughout the year: Participation, education, health and wellbeing, equality and discrimination, enterprise and regeneration, and culture.

Scotland's Themed Years have been running since 2009, and have served as a way of demonstrating the variety of culture and tourist attractions that the country has to offer. Previous themes have included the Year of Natural Scotland (2013), the Year of Food and Drink (2015), and the Year of History, Heritage and Archeology (2017).

The scheme was set to finish in 2018, but has been extended until 2022 thanks in part due to the wide support of industry representatives.

Tourism Secretary Fiona Hyslop said: "The Themed Years programme has succeeded in giving Scottish tourism an edge, galvanising partners to work together to promote Scotland and its people.

"Organisations and individuals who participated in the recent consultation were in favour of continuing with themed years. More importantly, a significant majority found the programme to be beneficial to their business or organisation. We also listened to the views expressed that the programme would benefit from longer time scales and the Years will now be delivered in a two year cycle.

Year of Young People 2018 is led by the Scottish Government, working in collaboration with a core group of delivery partners including VisitScotland, EventScotland, Young Scot, Children in Scotland, Scottish Youth Parliament, Creative Scotland and YouthLink Scotland. 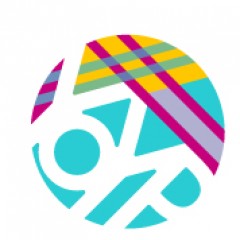 Scotland to have Year of Young People in 2018