We lost a legend this week

Welcome once more to the weekly round-up of some of the biggest and and culture news from around the world.

It has been a while since we've gone out of our way to mention Trump, so I thought I would quickly comment on how it's looking increasingly likely that he is going to be impeached.

His approval ratings are the lowest of any President at this time. He fired FBI director James Comey over a myriad of excuses that ultimately boil down to the on-going Russia investigation. He then added further fuel to the fire by apparently blabbing confidential intelligence secrets about ISIS operations.

His general narcissism and impulsive behaviour is only serving to further damage his already fragile veil of competency, and that is likely to see him severely punished in the 2018 mid-term elections.

Should the Republicans lose control of the House, then Trump should probably start sweating under the collar, as Democrats - and some Republicans - are deeply concerned about the behaviour of the administration.

However, impeachment won't necessarily mean waving goodbye to Trump. Only two Presidents have ever been impeached - Andrew Johnson and Bill Clinton, and both were later acquitted in the senate, meaning they kept their jobs. Proving criminal wrongdoing isn't as easy as some might think, and although this Russia scandal is a tumultuous and worrying affair, proving criminal intent is a whole different issue. Even if Trump or his election team colluded, there is the question of whether or not Trump knowingly committed a crime. Given his ineptitude and dislike of facts, there is every possibility he didn't really know or understand what was going on.

So the TL;DR of the Trump drama is continue to watch this space - mouth agape at just how insane the whole situation is... Then register to voteto stop the same thing happening here.

Musician Chris Cornell died this week as a result of hanging himself, reports have said. Famous for fronting Soundgarden and Audioslave, Chris Cornell was found dead on 17 May in the bathroom of the MGM Grand hotel in Detroit. He had that night performed at the Fox Theatre.

However, in the days after the coroner reported that Cornell took his own life, his family have issued a statement questioning the cause of death. Cornell had a prescription to Ativan - a tranquilizer and anti-anxiety medication - and his family believe he may have taken a higher dosage.

"Without the results of toxicology tests, we do not know what was going on with Chris—or if any substances contributed to his demise," the Cornell family said.

With the election looming, parties are scrambling together their manifesto - the document that outlines their policies, beliefs, and how they want to see Britain develop.

There will be several key focuses in all the party manifestos, including Brexit, the NHS, welfare and immigration. So far only the Conservatives, Labour and LibDems have released their manifestos, but the Greens, UKIP and SNP are expected to do so soon.

The manifestos that have been released can be downloaded through the links below:

A summary and dissection of these manifestos will be compiled in the next week or so, helping you to pull out the salient details in preparation for the big vote on 8 June.

Deadline for registering to vote looms

You are running out of time to be put on the electoral register. If you weren't aware, you aren't actually automatically registered to vote, you have to actually sign up. The deadline to do this is 22 MAY.

It takes five minutes of your time and all you need is your National Insurance number or a passport if you're a British citizen living abroad.

Maddie has written an excellent piece on how to vote, and you should check it out!

I personally cannot stress enough the importance of voting, and registering the vote is that first step. It's very rare that we as citizens are asked about our political opinions (and when we are we get Brexit) so ensuring you exercise your civic duty and hard-fought for right to go to the ballot box.

Again, you only have until Monday 22 May to do be eligible to do this, so please, please don't waste any time and get registered.

Man arrested for refusing to hand over passwords at Heathrow

UK activist Muhammad Abdur Rabbani was charged with obstruction of justice after failing to provide passwords to his encrypted devices when he was stopped at Heather airport.

He is being charged under the Terrorism Act, which gives the police the right to demand passwords from British citizens. Rabbani works for the international rights group Cage, and when speaking to ZDNet claimed that the device held privileged information about a US client. "I really do think that any professional faced with the same dilemma would do all that they could to protect their clients' private and personal information."

Rabbani is due to appear in court on 20 June.

Chelsea Manning, the American army private has been released from military prison after serving seven years of a 35-year sentence for leaking a massive trove of classified documents and videos to Wikileaks. She was arrested in May 2010 in Baghdad, following the leaks, and has served time in Kuwait, Iraq and the US. President Obama granted Manning clemency in his final days in office.

Swedish prosecutors have also dropped their European Arrest Warrant against Julian Assange over allegations of rape. The Wikileaks founder has been has been seeking asylum in the Ecuador's embassy in London after losing a court battle to fight off extradition to Sweden. His legal team believed that he would then be extradited to the US over Wikileak's role in Chelsea Manning's leaks.

Despite no longer being wanted by Sweden, Assange is still unable to leave the Ecuadorean embassy without arrest. The London Metropolitan Police have stated there is still a warrant outstanding, as Assange breached bail by failing to attend a magistrates court after entering the embassy.

Lawyer Lisa Bloom, who previously helped expose the alleged sexual harassment at Fox News, has urged Ofcom to kill the deal that would see 21st Century Fox takeover Sky. Last month Fox News terminated news commentator Bill O'Reilly over several allegations of sexual harassment, and an internal investigation which more. His payout was believed to be as much as $25m, and the settlement costs to five of the women who made allegations were believed to be around $13m.

The organisation is under investigation in the US for how it reported the payout to its shareholders, both for O'Reilly and former Fox Chairman Roger Ailes, who left last July amid further sexual harassment claims.

Hot off the heels of Netflix Orange is the New Black hack, it is now being reported that hackers are claiming to have stolen the upcoming Pirates of the Caribbean film, and will release it online if Disney don't pay up.

According to Deadline, the hackers are allegedly demanding for an "enormous amount of money" to be paid out in Bitcoin, else they will start releasing the film in increasingly long chunks.

Disney CEO Bob Iger has said they will not be cooperating with the hackers and are instead working with the FBI to attempt to identify the source of the hack.

The nonchalant attitude is the only option these organisations have. A nuclear response has been tried in the past against pirates and ultimately failed, and paying the hackers will only encourage further attacks down the line.

Minecraft being patched to protect parrots

Minecraft developers Mojang came under fire this week for the feeding mechanic of their newest mob - the parrot. In the blocky sandbox world, players were able to tame the parrot by feeding it a chocolate chip cookie. However, chocolate is poisonous to parrots, and there were concerns that children would start to feed these delicious treats to real life pets.

Speaking to Vice Motherboard, Minecraft lead creative director Jens Bergensten said that the idea of giving cookies to the parrot was both to give the item more reason to exist in Minecraft, but also in reference to the Nirvana song "Polly". Beta versions of Minecraft now have it so that if you feed a parrot a cookie, it will instantly die.

Online meme Pepe the Frog is killed off by its creator 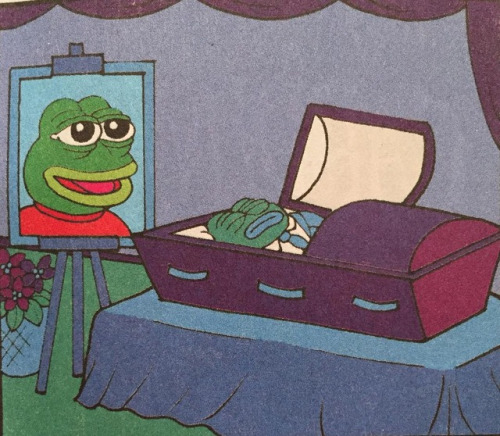 Online meme from Pepe has been killed off by his creator Matt Furie, after failing to reclaim the infamous frog from white supremacists.

Pepe was first created in 2005 by Matt on Myspace, and it became a very popular meme. However it was hijacked by white supremacists, and a favourite among far and alt-right supporters. Pepe was used to express anti-Semitic and racist sentiments, and had even been shown dressed in KKK and Nazi outfits. Pepe the Frog was designated a hate symbol by the Anti-Defamation League, and Hillary Clinton attacked Trump for sharing what she said was a racist hate symbol.

At the time, Mr Furie said "As the creator of Pepe, I condemn the illegal and repulsive appropriations of the character by racist and fringe groups." But it appears he eventually gave up, and drew a one-page comic strip with Pepe lying in an open casket. RIP.

Lots of announcements at Google I/O

The annual Google developer conference took place this week, and there were many announcements made.

Android O got more details announced, including picture in picture mode, better security, better battery life, and refreshed notification management. A beta was also released to the public. They also discussed a new, slimmer version of Android targeted for the developing market, called Android Go, which is meant to run on devices with as little as 512mb memory.

They also gave updates to their VR platform Daydream, which will be updated to support Google Chrome, improve the UI, and allow you to cast what you're seeing in VR to a TV that supports Chrome Casting. They also stated they are going to release a dedicated standalone VR headset, allowing you to experience VR without putting your phone in the headset.

Among the numerous other updates and announcements were changes to Google Assistant, the AI that lives on your phone, tablet or Google Home. It will be coming to iPhones, it will soon be able to send payments and make orders without you needing to fill your details in, it can (finally) add reminders and schedules to your calendar, you can type to it should you not like shouting at your phone, and it will be able to send visual results to one of the connected screens in your home - eg "Show me pictures of Venice", and the assistant will send those results to your TV.

There was a lot announced in the two hours keynote, and the video for the whole thing can be watched above. Alternatively, I was liveblogging the event, and you can read that here. 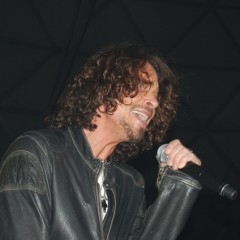 We lost a legend this week