Voice MagNewsLine-up for the 70th…

This year, the 70th of the Cannes Film Festival, hails a list of 49 films from 29 countries including 12 female directors and nine first-feature directors. Both British representatives at Cannes this year are female.

Much has been made of the politicised selection making up this year's festival in the wake of the rise of Drumpf, Brexit, Duterte, Le Pen et al. The filmmaking world, it seems, is fighting back. Many films exhibit themes of openness, open-mindedness, inclusion, and empathy; they address immigration, climate change, sex-trafficking and more.

The 'Competition' section contains the films up for the coveted Palme d'Or. Cannes finally concedes to the unavoidable streaming services by admitting numerous content from both Netflix and Amazon.

Nicole Kidman will dominate the screens in the south of France as she will appear in four of the films: Sofia Coppola's (of The Bling Ring fame) The Beguiled, Yorgos Lanthimos' (of The Lobster fame) The Killing of a Sacred Deer, John Cameron Mitchell's How to Talk to Girls at Parties, and season two of Jane Campion's Top of the Lake. South Korean director, Hong Sang-soo is in the inimitable position of directing two films at this year's festival.

Returning high-profile directors in addition to the above include the globally respected Michael Haneke making his 11th appearance on the croisette with Happy End and Oscar-winner, Michel Hazanavicius, who made the silent hit, The Artist, in 2011 returns with Le redoutable. Todd Haynes, who directed Carol in 2015, gets a place with Wonderstruck, and Scottish director - and one of my favourites - Lynne Ramsay, returns for her first feature since We Need To Talk About Kevin also in 2011, with You Were Never Really Here, which hadn't even finished filming when it was submitted to Cannes.

Documentarian, Claude Lanzmann, 91, is most famous for his aching oeuvre about World War Two, Shoah back in 1985. He brings Napalm to Cannes 2017. Legendary actress, Vanessa Redgrave, makes her directorial debut at 80 with Sea Sorrow, a hard-hitting drama about the refugee crisis starring none other than Emma Thompson and Ralph Fiennes.

Outside film, Abbas Kiarostami posthumously wins a place at Cannes for an installation project, Kirsten Stewart's directorial debut in the form of a short film gets a place, David Lynch's long-anticipated follow-up of his legendary 70s series, Twin Peaks will make an appearance, and, finally, Cannes makes its first foray into virtual reality with The Revenant director, Alejandro Gonzalez Iñárritu. 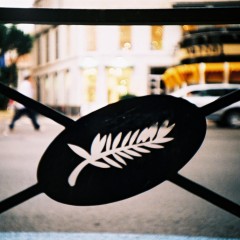 This year, the 70th of the Cannes Film Festival, hails a list of 49 films from 29 countries including 12 female directors and nine first-feature directors. Both British representatives at Cannes this year are female.