Welcome back to the weekly news roundup, not quite weekly as we missed last week. However, given it was April Fools we thought it best we skip it, in case you mistook the horrors of the world for a warped April Fool joke.

Going to do a wee bit of housekeeping here before the main event:

Keep your eyes on our social media. Big, exciting things are underway. 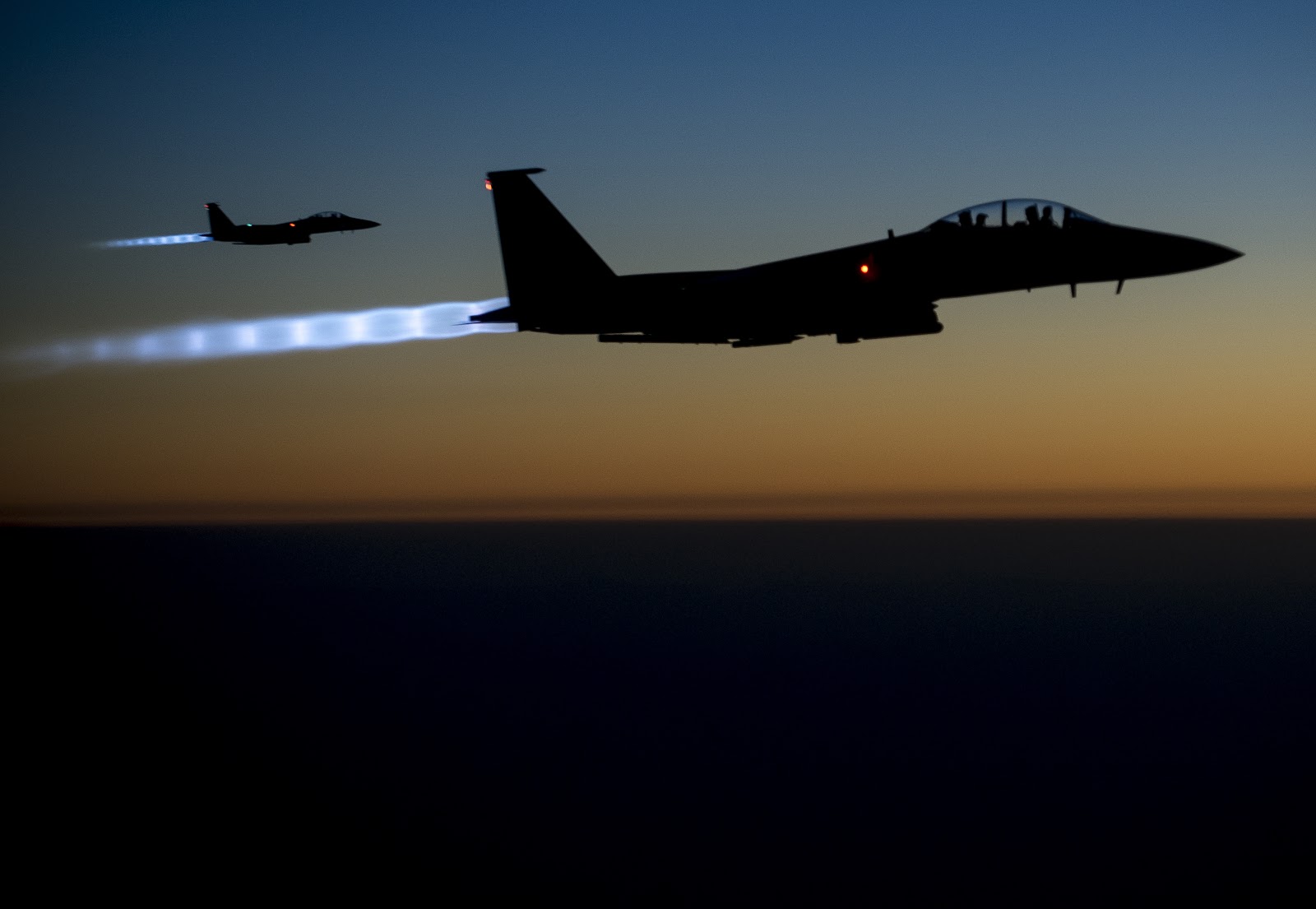 Following the announcement that Donald Trump ordered a missile strike on an Assad regime airfield as a retaliation for Tuesday's alleged chemical weapons attack, Russia has now condemned the attack. The president called on "all civilised nations in seeking to end the slaughter and bloodshed in Syria". After becoming president following promises to focus on domestic priorities, Donald Trump has now chosen to lead America into the Syrian civil war, all within his first 100 days in office. One can only begin to imagine what may now unfold with Trump and Assad in stance against one another.

Once referring to intervention in Syria as a "terrible, terrible mistake" it seems the president has changed his mind. Syrian President Bashar al-Assad's office has denounced the US strike calling it "reckless, irresponsible behaviour". Syrian officials have also said the strike has killed at least seven people, including children. Russia, who have been constant in their support of Assad have promised to strengthen Syria's anti-aircraft defences.

Out of nowhere, the first episode of Rick and Morty season 3 was aired. Released on April Fools Day, the Rickshank Rickdemption picks up very soon after the cliffhanger ending of season 2, and has successfully whet the appetite for more space and time travelling adventures with the foul mouthed scientist and his simple grandson. Sadly, this was just a taster for the rest of the season, which is coming out sometime "this summer".

One of the focal points of the Rickshank Rickdemption was a promotional szechuan sauce McDonald's released alongside the original Mulan film. Fans have jumped on this and have petitioned to bring it back, gaining nearly 31,000 signatures. There may be hope, as Mulan is getting a live action remake in 2018, and McDonald's do appear to have heard the fans desires.

Drake is set to star in 'Top Boys', a london based crime series. The Canadian rapper purchased the rights to the show after it was dropped by Channel 4, and according to main star Ashley Walters, is "going to be really hands on and is getting stuck into it." 'Top Boys' follows a young drug dealer who aims to become the kingpin in the East london drug business.

This wouldn't be Drake's first acting gig, mind. Before finding fame as a rapper, he was a teen actor playing wheelchair bound Jimmy brooks in "Degrassi: The Next Generation", a Canadian soap.

The Supreme Court has upheld a fine imposed on Jon Platt for taking his daughter out of school for an unauthorised holiday. In a unanimous decision, the courts ruled in favour of the Isle of Wight council, who fined Platt £60. Delivering the judgement, the deputy president of the supreme court, Lady Hale said "Unauthorised absences have a disruptive effect, not only on the education of the individual child but also on the work of other pupils."

The supreme court clarified on the wording of the Education Act 1996, which simply read "fails to attend regularly." Platt had formerly argued that there was no case against him, as his daughter had attended school regularly, as her attendance was recorded as 92.3%. However, the courts ruled that "regularly" did not mean "evenly spaced" or "sufficiently often" but instead "in accordance with the attendance rules". This now means that Platt's case will return to the local magistrates court, where his plea of having no case to answer will be rejected.

Singer Barry Manilow has for the first time publicly spoken about his sexuality. The 73-year-old has never addressed speculation, revealing he kept it secret out of fear of disappointing his fans. He married his long term partner and business manager Garry Kief in 2014, at a secret ceremony in Palm Springs, California. News of the wedding leaked in 2015, but Manilow was touched by how welcoming and accepting people were.

Speaking to People magazine, he said, "When they found out Garry and I were together, they were so happy." "The reaction was so beautiful - strangers commenting, 'Great for you!' I'm just so grateful for it."

Manilow will be making a series of live performances next month in support of his new album This is My Town: Songs of New York, released 21 April.

Not yet seen the 2:39 "short film" Pepsi released? Well, it will now only be available on the internet, forever archived as one of many terrible marketing mishaps that have happened over the years. This latest kerfuffle features Kendall Jenner, who rips off her wig and the shackles of oppression to join her fellow hipster protesters. The tension and conflict reaches a crescendo until, Jenner, seizing the initiative, defuses the situation with NATO style diplomacy… by handing a Pepsi to the police. Officially titled "Live for Now Moments Anthem," it seems that the now anthem is one of united ridicule and offence at its totally tone-deaf approach. In 48 hours the advert got 1.6m views on YouTube, with 5 times more downvotes than upvotes. It trivialises all the Women's Marches, Black Lives Matter protests and even mimics the imagery of Ieshia Evans in Baton Rouge. Pepsi dropped on the ball on this, and won't live it down for a looooong time.

Doritos, Peperami and Coco Pops are the latest products to reduce their size as a result of the falling pound and sugar reduction efforts. A large bag of Doritos has been reduced in size by 10% but remain the same price of £1.99. The "grab bag" are shrinking 12% to 90g.

Coco Pops have been cut by 80g to 720g, but will sell for £3.75, and the smaller boxes have been reduced by 40g to 510g for the same price of £2.69. Kellogg's, however, have said that the weight reduction comes as a result of the reduction in sugar. The Grocer trade journal reports that the smaller box contains an extra 2,000 individual Coco Pops, up from roughly 14,500 previously.

Peperami has shrunk 10% while remaining the same £0.79p price tag for one, or £1.59 for three. This move results from pork hitting a two-year high last year as a result of high demand from China, and the falling pound has increased the costs of importing.

'Get Out' is the highest grossing film original screenplay

'Get Out' previously made headlines when when it was the first debut film by an African-American writer/director to break the $100m barrier in the US domestic market, but not the horror-thriller-satire film has become the highest grossing original screenplay debut ever.

Get Out star Daniel Kaluuya (Skins, Psychoville, Kickass 2) as Chris, who, on a visit to his white girlfriend's parents, experiences some horrific racial occurrences, of which he must 'Get Out' (see what they did there?) to survive.

Kaluuya has been cast in the Marvel feature film Black Panther, as well as Steve McQueen's remake of Widows. 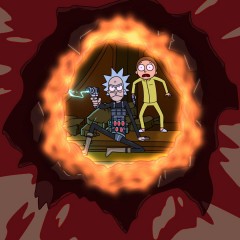 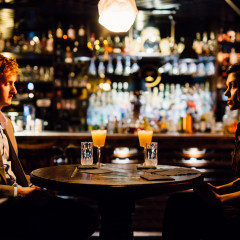