We will not be divided.

An attack on Westminster has seen 50 injured and 5 dead in the worst terror attack in Great Britain since 2005.

52 year old Khalid Masood killed four pedestrians and injured around 50 others when he mounted the pavement in an SUV on Wednesday. He then crashed the car outside Parliament Yard and, armed with two large knives, fatally stabbed unarmed PC Keith Palmer, 48. Masood was then shot by Sir Michael Fallon's close protection officer. He died from his injuries.

The events shocked the nation, and put Parliament on lockdown for over four hours while the grounds were secured.

The members of public who died during the car rampage have been formally named. Mother-of-two Aysha Frade, Leslie Rhodes, 75, from south London, and US tourist Kurt Cochran.

Khalid Masood was born in Dartford, Kent as Adrian Russell Ajao. He has had numerous convictions throughout the years for GBH, possession of a dangerous weapon and criminal damage. He is an islamic convert, adopting the religion after years of criminality.

He was previously under investigation by MI5 due to concerns of violent extremism, but he was deemed no longer a threat.

In the days since the attack, the police have made raids across the country in cities such as London and Birmingham. 10 people have been arrested and over 2,700 items have been seized, including "massive amounts of computer data".

Theresa May made a speech in Parliament the day after the attack, describing Masood's actions as "sickening", and asserted that Britain "will never waver in the face of terrorism."

The attacks have brought together people from many different communities, and London has demonstrated exceptional solidarity during this time of sorrow.

Muslims United for London raised £18,000 in a single day for the families of the victims. The group was set up by Muddassar Ahmed, who was attending a meeting in Parliament during the attack.

His death, much like his life, has caused divisions between those who perceive McGuinness as a freedom fighter, and those who take a darker view that his actions in the IRA were acts of terrorism.

Speaking about his death, Theresa May said "While I can never condone the path he took in the earlier part of his life he played a defining role in leading the Republican movement away from violence".

Lord Tebbit, whose wife was paralysed in the 1984 bombing in Brighton was less diplomatic:

The 'world is a sweeter place' after his death calling him a 'multi-murderer coward who never atoned for his crimes' and only turned to peace 'to save his own skin'.

He said: 'I hope he'll be parked in a particularly hot and unpleasant corner of hell for the rest of eternity.

The father of the rock n' roll Chuck Berry has died, following a cardiac arrest at his home in Missouri. Like Martin McGuinness, some are divided over whether to celebrate his contributions to music, or to remember him more as a convicted bankrobber, convicted sex offender and a man who has been accused of child abuse. A further allegation surrounding Berry is the suggestion he installed cameras in the bathrooms of his restaurant.

Despite these accusations, Berry will be fondly remembered by many for his exceptional showmanship, and mixture of country and R&B which made the genre popular among affluent white people.

Berry was the first ever inductee into the Rock and Roll Hall of Fame, and has been cited by bands such as the Rolling Stones, Bob Dylan, the Beatles, and the Beach Boys. He even got a sneaky mention in Back to the Future!

Beauty and the Beast opened in UK theatres last Friday (17th March) and has quickly made it's way to the highest grossing PG-rated film racking up a fantastic £19.7million. Following Star Wars: The Force Awakens, Harry Potter and the Deathly Hallows: Part 2, Skyfall and Spectre, Beauty and the Beast has placed itself firmly as the fifth biggest three day opening weekend. With it's fellow ranked movies all rated as PG-12, it's the first all-audience-member film to be so high on the list.

As Disney's most successful live action remake to date, the film kept close to the original, including all of our favourite original songs and adding a few new ones for good luck. Developing the characters further than we have ever seen, the movie offers wonderful background and answers to those questions we have always wondered.

Sesame Street has a new muppet on town, and her name is Julia. Julia is four years old, and has autism. Julia was originally introduced last year in digital branded content, but her debut on-air was part of a five-year effort by Sesame Workshop dubbed See Amazing in All Children. "Bringing Julia to life as a Sesame Street Muppet is the centerpiece of all of our new materials to support families of children with autism," said Sherrie Westin, Sesame Workshop's executive vice president of global impact and philanthropy

The puppet is performed by Stacey Gordon, who uses her own experience from raising her own autistic son.

Julia is built with two sets of arms, with one pair allowing Julia to "flap her arms in an emotional state" 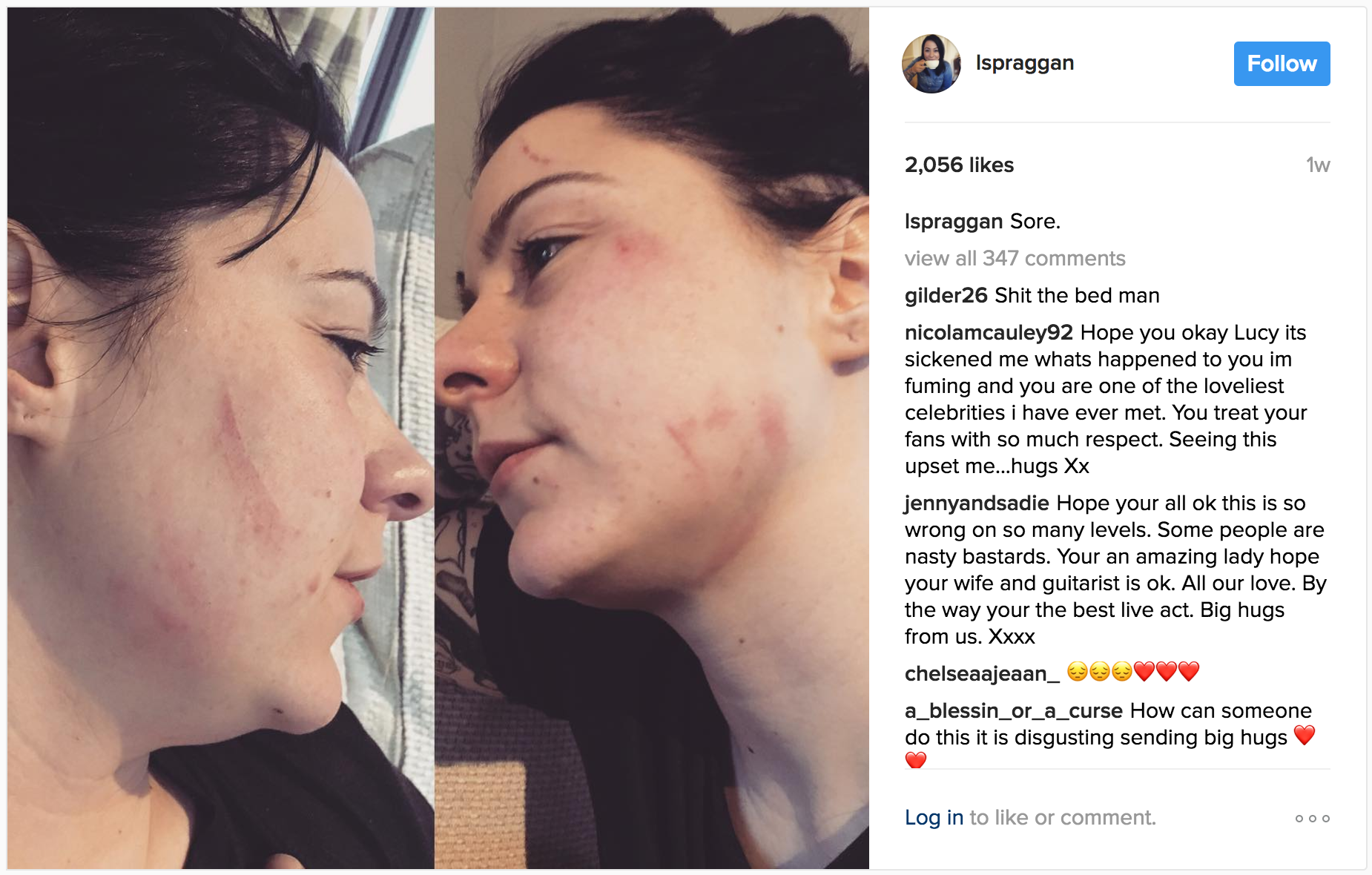 Singer-songwriter Lucy Spraggan was left with cuts, bruises and bite marks following an attack in Brighton.

The former X-Factor contestant had performed a gig in Brighton that night and was out with her wife and guitarist when she was attacked by two women. Police confirmed a 26-year-old and a 27-year-old were arrested on suspicion of assault but have both been bailed.

"In the early hours of Friday morning Lucy was attacked outside a bar on Middle Street, Brighton. She suffered cuts and bruises to the face and other injuries including bite lacerations.

"Lucy is recovering well and as planned will be fulfilling her European tour which starts in Amsterdam on Tuesday.

Roy Thomas hopped into the whitewashing controversy surrounding Iron Fist this week in an interview with Inverse. For context, Netflix last week released Iron Fist, and critics have attacked it for staying true to its source material and casting a white actor to play Danny Rand, the titular Iron Fist.

In defending the show, Thomas said that critics should create their own characters rather than complain.

"I try not to think about it too much. I have so little patience for some of the feelings that some people have," he told the website. "I mean, I understand where it's coming from. You know, cultural appropriation, my god. It's just an adventure story. Don't these people have something better to do than to worry about the fact that Iron Fist isn't Oriental, or whatever word? I know Oriental isn't the right word now, either."

After the interview, Jessica Henwick, who portrays Colleen Wing in the series tweeted:

Oriental is a term used to describe rugs, not people.

Having watched the show, I would argue that a lack of Asian lead is the least of the shows issues. A full review will be released next week. 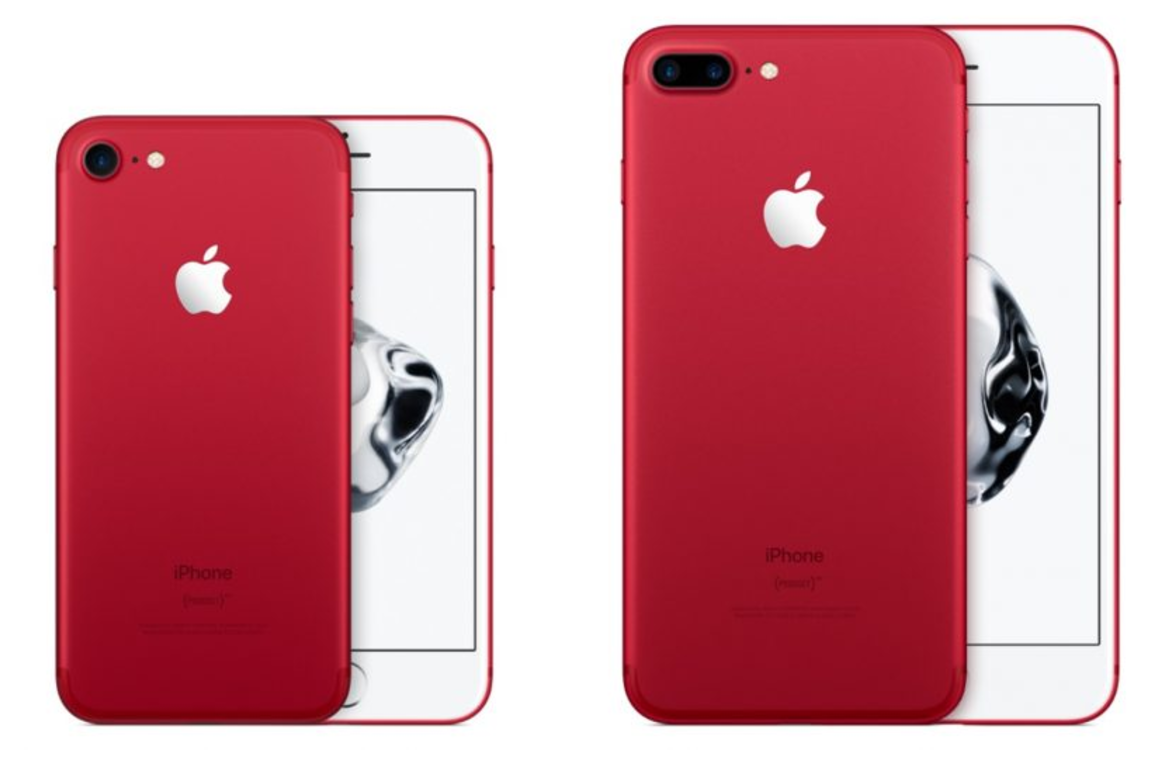 Apple this week made the surprise move of releasing a new range of products without the usual fanfare of an event.

Among the new announcements was a new colour of iPhone 7 and 7 Plus - Red. This is part of Apple's continuing support for Product Red, a charity by U2's Bono to raise awareness of HIV/AIDs. The new phones join previously released Red products that include cases, various iPod models, Beats and a red Apple Watch sports band.

They also bumped up the storage capacity of the iPhone SE, which now has 32GB and 128GB memory options, increased from 16GB and 64GB.

Apple also killed off the iPad Air 2, replacing it with a cheaper 9.7-inch tablet, simply called iPad. This new iPad is in many ways just an iPad Air 1 with new internals. It weighs slightly more than the Air 2, is slightly thicker, no longer has an anti-reflective coating, and isn't laminated to the cover glass. It does, however, sport the A9 chip and Touch ID. Inexplicably though, the iPad Mini 4 now only comes in 128GB and costs £80 more than the cheapest new iPad.

There were also some new Apple Watch straps announced, and the Nike Sport Bands will now be sold separately. 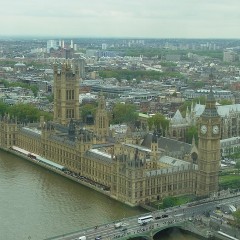 We will not be divided.