The Golden Arches are coming to a home near you!

For once I have no tirade of anger, to unleash, no venom to direct. Nothing. It has been replaced by a deep and unmoving apathy.

The House of Lords sent bill revisions back to the Commons, suggesting that EU citizens be allowed to stay after Brexit. People are annoyed, but have no right to be. You know the drill by now. Like or loathe the HoL, they exist as a check and balance to the Commons, and are just enacting that democracy everyone raves about until it contradicts their wants.

Sex education is now compulsory across schools in England. I can't actually believe it wasn't already. How was this not something David Cameron sought to enact when fixing 'Broken Britain'. The very thought that there are people out there who lack a basic understanding of sex and reproduction is a damning failure of the education system.

The new Logan film is out, and it's perhaps the best film you will see this year. The X-Men franchise has been very on-and-off, but Logan stands apart in a class of its own. Take out the 'superhero' aspect of it and you are still left with absolutely beautiful cinematography, writing, and Hugh Jackman at his best. How many times can you say a superhero film had people crying? Never.

Finally, and perhaps the biggest news, we are running a new competition! Called What's your issue? we want to hear about how you are using art or media to tackle or address a societal issue. The full brief and details on how to enter can be found here.

Have a good weekend!

Drama at the Oscars

Steve Harvey is probably feeling pretty good right now, as he is not alone in fluffing up award announcements. Hollywood legends, Warren Beatty and Faye Dunaway were tasked with announcing the winner but it seems they were accidentally handed an envelope announcing Emma Stone the winner of the Best Actress Oscar for her performance in La La Land, which she'd already picked up earlier. Beatty looked at the card dumbfounded when he saw Stone's name and passed it to Dunaway. Dunaway took a more gung-ho approach and must've just seen "La La Land" under Stone's name and announced it, making what is being called the biggest mistake in Oscar history. Also somewhat controversial was Suicide Squad, which was largely panned by the critics, winning an award for Best Makeup and Hairstyling. Bhavesh has written up the full rundown of Oscar winners for your delectation.

From the awards everyone wants, the the awards nobody aspires to, the Razzie Awards, officially known as the Golden Raspberry Awards celebrates the worst films released. This year was a tie, with Hillary's America: The Secret History of the Democratic Party and Batman v Superman: Dawn of Justice both walking away with four awards. Hillary's America is the first documentary film to be awarded Worst Picture, and also took home Worst Director, Worst Actress and Worst Actor. BvS won Worst Prequel, Remake, Rip-off or Sequel, Worst Screenplay, Worst Supporting Actor and Worst Screen Combo. Mel Gibson, meanwhile, was awarded the Razzie Redeemer Award for his directing of Hacksaw Ridge.

Beauty and the Beast to feature Disney's first gay character

Director of the Beauty and the Beast live action remake, Bill Condon, revealed this week that the film will feature Disney's first ever gay character, as well as an exclusive gay love scene. The character in question is LeFou, villain Gaston's sidekick, who struggles throughout the film with his feelings for his friend. Many, including Condon, believe the character represents a breakthrough in gay representation on the big screen and Josh Gad, who plays LeFou, said he was 'beyond proud' to play such a role in a tweet on Tuesday.

Not everyone has reacted positively to the news, however, as some object to the character's role as Gaston's 'sidekick' and the fact that his name literally translates as 'the fool', claiming that he is weak and a poor representation of the gay community. Whether you like the character or not, it is undoubtable that this is near-uncharted territory for Disney, and it certainly makes future on-screen gay relationships in Disney films much more likely.

Sex education is to be made compulsory across schools in England, Education Secretary Justine Greening announced this week. From the age of four, children will be taught about safe and healthy relationships, and when they reach secondary school they will be given age-appropriate lessons about sex. It was the case that schools not under local authority control were not obligated to include sex and relationship teaching in their curriculum, and those that were only had to do biology. Now there is an expectation that all school have lessons on the dangers of sexting, sexual harassment and online pornography. Not that they will ever be able to watch it with the Government ban and censorship. This move does not however remove parent's right to withdraw their children from sex education classes.

The biggest male pop star in the world has released his third album. He called this one "the biggest f****** pop album it could be" and predicts it not only to be this biggest album yet, even more so than ✕, but the biggest album of 2017, as Taylor Swift, Beyonce, Adele, and Bruno Mars have all recently released, leaving him a clear lane. The three lead songs have shot to the tops of the charts across the world, which makes the above a fair prediction. There is an Ireland inspired song and a lot about the price of fame and how much his life has changed since he was a homeless pub singer. He's said that there is a song even bigger than his Grammy award winner for Song of the Year, Thinking Out Loud. All in all, the expectations could not be greater.

In a debate about the gender pay-gap in the EU parliament on Wednesday, right-wing Polish MEP Janusz Korwin-Mikke said that 'women must earn less than men, because they are weaker, they are smaller, they are less intelligent'. As foundation for these claims he explained that none of the top 100 chess players in the world are women, and that the highest-ranking female in a recent Polish Physics Olympiad came in 800th place. Many outraged Europeans believe his remarks are centuries out of date and some Polish citizens have apologised on Twitter for his comments. Female Spanish MEP Iratxe Garcia Perez certainly disapproved, pointing out in response that according to his theory, she shouldn't be an MEP, and that she thinks she needs to 'defend European women against men like [him].' Korwin-Mikke, who has caused controversy previously with racist comments, may face a formal warning or a fine if the European Parliament president finds he has broken their rules against defamatory language.

Next Wednesday, Italian women will be granted free access to the country's museums to mark International Women's Day. The government was to "celebrate the feminine world" by highlighting the significant contribution to art that women have made throughout the centuries. Special events, talks and exhibitions will be held across the country. Visitors are encouraged to also take part in a "digital treasure hunt", whereby they find and photograph women in the featured in artwork and share them to social media using the #8MarzoAlMuseo hashtag, which translates as '8 March at the museum'.

After three years without releasing any new music, Lorde has released her latest single 'Green Light'. The New Zealander flew to success after her song 'Royals' broke charts before her debut album 'Pure Heroine' cited such a response it led the late David Bowie to call her the 'future of music'.

Her latest single deals with the issues of heartbreak and pulling yourself together after a breakup. The 20 year old told BBC Radio 1's Zane Lowe "I went through a breakup, I had my heart broken. This song, it really is a break up song, even though it doesn't sound like a break up song. It's kind of about me just trying to figure out how to put myself back together and move on." The song was recorded in a home studio in Brooklyn, New York. A music video, directed by Grant Singer, has also been released for the song.

The 'Pure Heroine' follow up, 'Melodrama', is to be released this year and she is set to perform at Coachella, Bonnaroo and Governor's Ball.

'Murder In Milwaukee', 'Sex Trafficking Houston' and 'Opiate City' are set to air later this year on BBC Two. Following up his highly successful 'Drinking To Oblivion' and 'My Scientology Movie', the popular journalist will take a finer look at some of America's biggest ongoing social issues.

Theroux told The Independent "I have been granted access to the police in several states; I've got to know the people affected by crime; and I've also spent time with perpetrators of crime."

During the documentaries, Theroux travels to Milwaukee, Houston and West Virginia to immerse himself within the cultures that home these destructive and increasing problems.

Netflix is getting serious about stand-up

Netflix is flexing its muscles and intends to release a new stand-up comedy special every week for the remainder of 2017. The streaming giant has already made clear it aims to double its original content this year, and this is part of that move. It has negotiated deals with high-profile performers such as Dave Chappelle, Louis CK, Chris Rock, Amy Schumer and Jerry Seinfeld. It also reportedly spent $40m for two specials from Chris Rock. Although a win for Netlix subscribers, it is likely to put pressure on NextUp, a streaming service launched last year that caters specifically to the stand-up comedy fan.

Disney has dropped the first trailer for its reboot of DuckTales set to arrive on Disney XD at some point this summer. The style of animation has completely changed from the original, and it appears to be aimed at both children and adults who are seeking to reclaim their childhoods. The voice cast is pretty great too. Scrooge McDuck is played by the much-loved David Tennant, with Danny Pudi, Ben Schwartz and Bobby Moynihan playing the nephews Huey Dewey and Louie respectively. It also features Toks Olagundoye and Kate Micucci. So confident are DIsney that this will be a hit that they have already commissioned a second series, which will likely release at some point in 2018. Will you be watching the new series? Let us know in the comments!

McDonald's announce plans for home delivery in the UK

Rejoice, fast-food lovers, as now there is no need to get dressed when you next want your McNugget fix, as McDonald's have announced that they intend to extend their delivery service to five new countries, including the UK. Already pleasing customers in China and Singapore, the franchise intends to branch out to the US, France, Germany, Canada and the UK. The company has stated that it is poised for exceptional growth due to the rapid increase in food delivery services. Apparently, most customers in its five biggest markets live within three miles of a McDonald's, allowing fast delivery. It is also hoped that the move will combat declining sales, as over 500m customers have been lost since 2012. 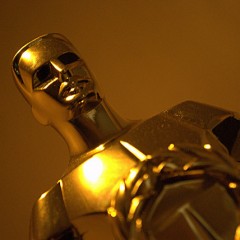 The Golden Arches are coming to a home near you!