In the biggest talking point to come out of the Oscars in decades, La La Land was wrongly announced as the winner of the Oscar for Best Picture. It later went to the correct winner, Moonlight.

It's the dream of filmmakers the world over: for a film you work on to win the Oscar for Best Picture. I imagine that no matter what your odds are and how much you expect it, your fingers, toes, buttocks must ache with the tension they're under as you hear those infamous words: "and the Oscar goes to..." Hollywood legends, Warren Beatty and Faye Dunaway were tasked with announcing the winner but it seems they were accidentally handed an envelope announcing Emma Stone the winner of the Best Actress Oscar for her performance in La La Land, which she'd already picked up earlier. Beatty looked at the card dumbfounded when he saw Stone's name and passed it to Dunaway. Dunaway took a more gung-ho approach and must've just seen "La La Land" under Stone's name and announced it, making what is being called the biggest mistake in Oscar history.

La La Land's cast and crew all descended onto the stage and began speaking before a stage hand came on and told the crew that a mistake had been made while the producer, Jordan Horowitz, was still making his speech. Horowitz then took it on himself to urge the cast and crew of Moonlight to rush on stage while the audience went from shocked gasps, to deep oohs, to rapturous applause.

It's almost not worth mentioning anything else that happened but there's too much newsworthy stuff. Lots of firsts for diversity as Viola Davis's win for Best Supporting Actress for Fences makes her the first Black person to win an Oscar, and Emmy and a Tony all for acting and Mahershala Ali's win for Best Supporting Actor for Moonlight marks the first ever acting win by a Muslim actor. La La Land director, Damien Chazelle is the youngest person to win Best Director at 32 and Kevin O'Connell, sound editor on Hacksaw Ridge, wins his first Oscar after being nominated twenty-one times throughout the years. Netflix wins their first Oscar for their original short documentary, The White Helmets, about the eponymous charity group. Manchester By The Sea writer-director, Kenneth Lonergan, took the original screenplay award over La La Land. Finally, the Harry Potter franchise won its first Oscar for Fantastic Beasts's costume design.

This all overshadows what was a politically charged ceremony with presenters and winners alike taking aim at the White House directly or indirectly. Nominees Lin-Manuel Miranda and Ruth Negga both wore pins in solidarity with the American Civil Liberties Union, whereas host Jimmy Kimmel essentially called Drumpf racist.

Kubo and the Two Strings
Moana
My Life As a Zucchini
The Red Turtle
WINNER: Zootopia 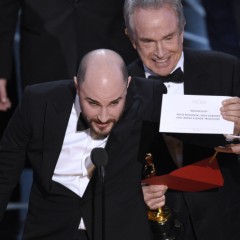 In the biggest talking point to come out of the Oscars in decades, La La Land was wrongly announced as the winner of the Oscar for Best Picture. It later went to the correct winner, Moonlight. 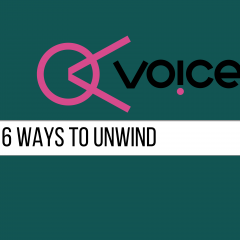